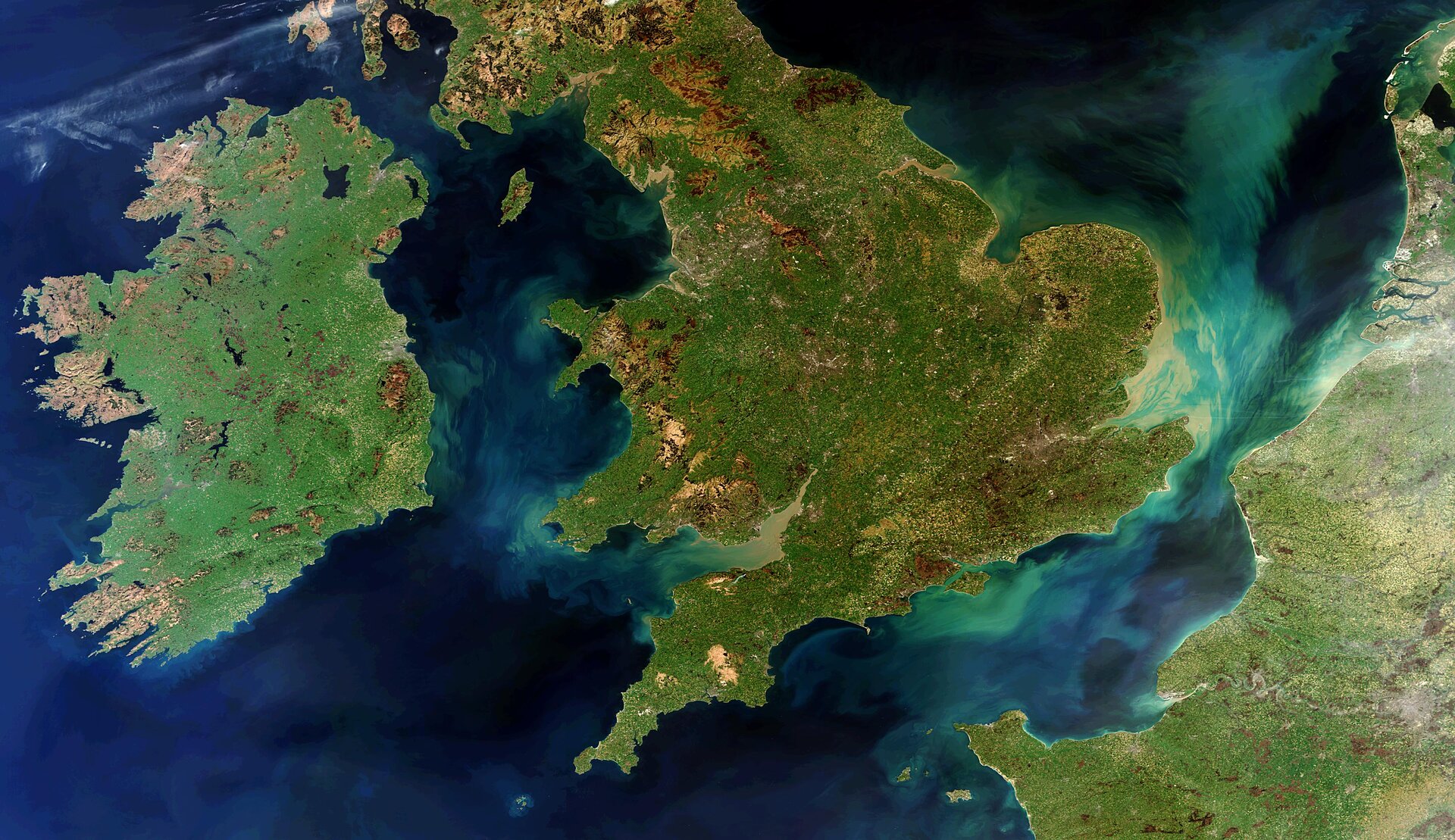 The lush landscapes of Ireland, Great Britain and northern France are pictured in this rare cloud-free view from the Envisat satellite.

To the west, some 800 lakes speckle the island of Ireland. Brown rugged cliffs along the coast frame its plush green interior. In the lower-right corner, the river Seine flows through Paris (seen here as a grey area) and snakes toward the English Channel. Following mainland Europe’s coastline north, we can see the Rhine–Meuse–Scheldt delta followed by part of the intertidal Wadden Sea in the extreme top-right corner. The green and tan-tinted swirls in the seas and channels are due to sediments being transported in the water. Sediment is particularly concentrated around Britian’s southeastern coast, carried by the River Thames through London and into the North Sea.

This image was acquired by Envisat’s Medium Resolution Imaging Spectrometer on 28 March 2012.