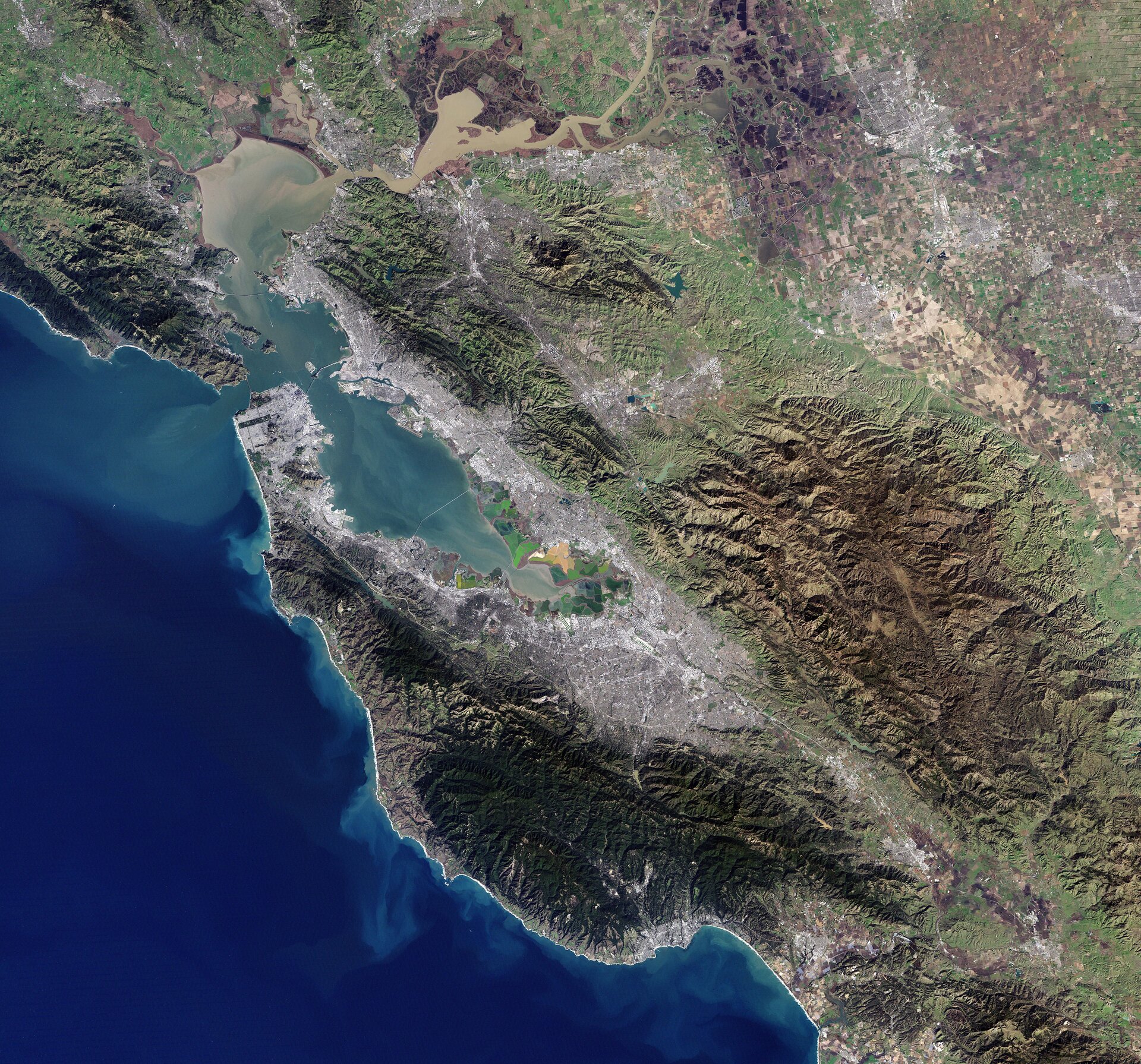 This image, acquired by Landsat-7 on 2 January 2013, shows the San Francisco Bay Area in the US state of California.

In the upper section of the image, we can see the rivers’ delta and the brown, sediment-filled water flowing down into the bay. The colourful patchwork in the centre of the image is a collection of wetland areas including salt ponds, salt marshes and mudflats. The city of San Francisco is on a peninsula in the centre left section of the image. Zooming in, we can see the Golden Gate Bridge which crosses the opening of the bay into the Pacific Ocean between San Francisco and Marin County. What appears to be a straight line running diagonally from the San Francisco Peninsula down through the forest is the San Andreas Fault. This is the border of two tectonic plates, and is responsible for the high earthquake risk in the area.