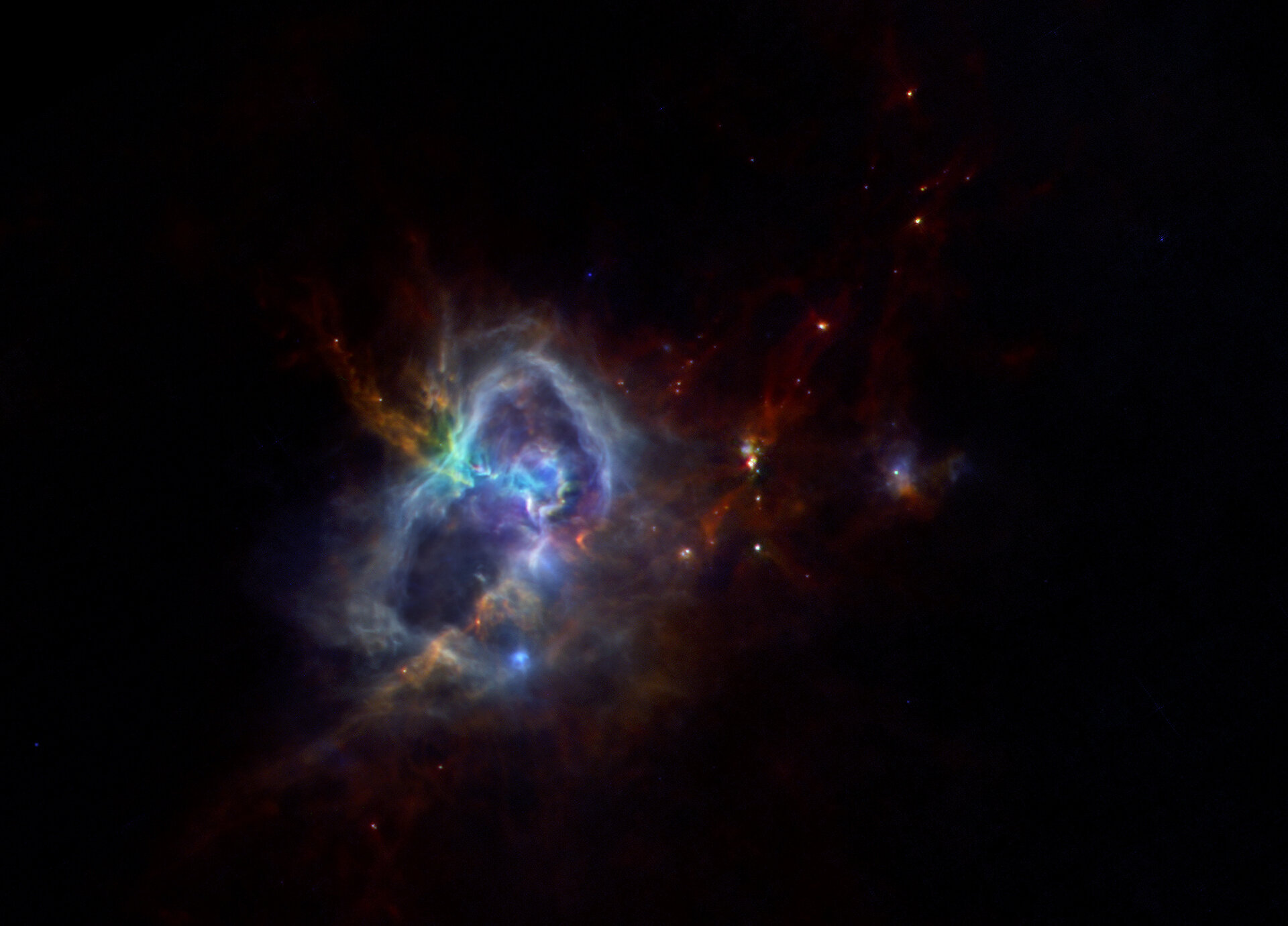 The nebulous blue area, known as W40 or Sharpless 2-64, is roughly 1000 light-years away in the constellation Aquila, and is about 25 light-years across.

This image was featured as Space science image of the week on 7 January 2013.