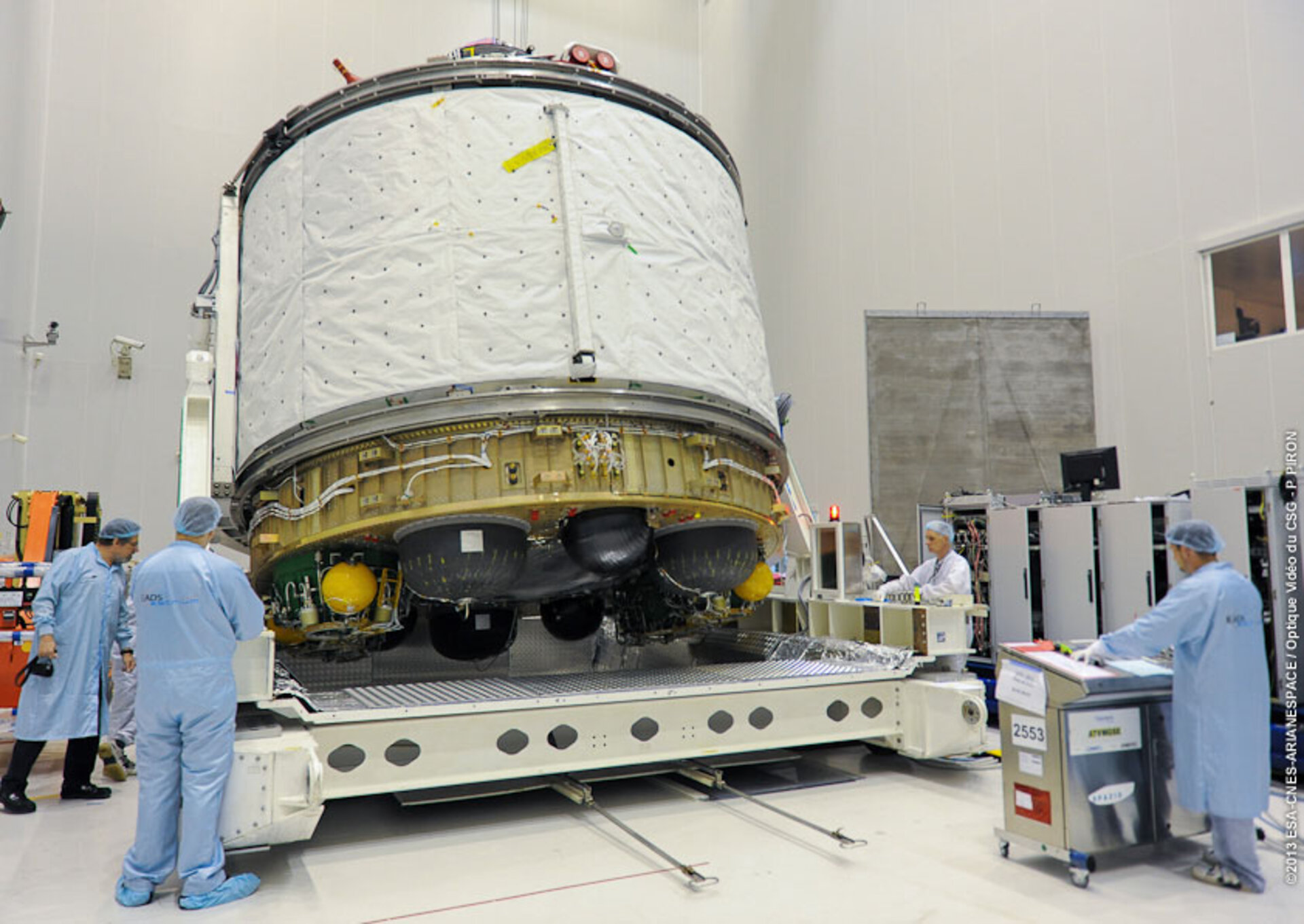 ATV-4 Albert Einstein's pressurised module and avionics module are prepared to be united with the propulsion module at Europe's Spaceport, Kourou, French Guiana.  The pressurised module is used to store cargo and, once docked with the International Space Station, becomes a temporary habitable module.

The avionics module is ATV's 'brain' with critical items such as its computers, gyroscopes, navigation and control systems, as well as power distribution and communications equipment.

Automated Transfer Vehicles (ATV) are multi-function unmanned ferries sent into orbit by the European Ariane 5 launcher. Each spacecraft can deliver up to 7 tonnes of cargo to the International Space Station including supplies and equipment, water, air, nitrogen, oxygen and fuel.