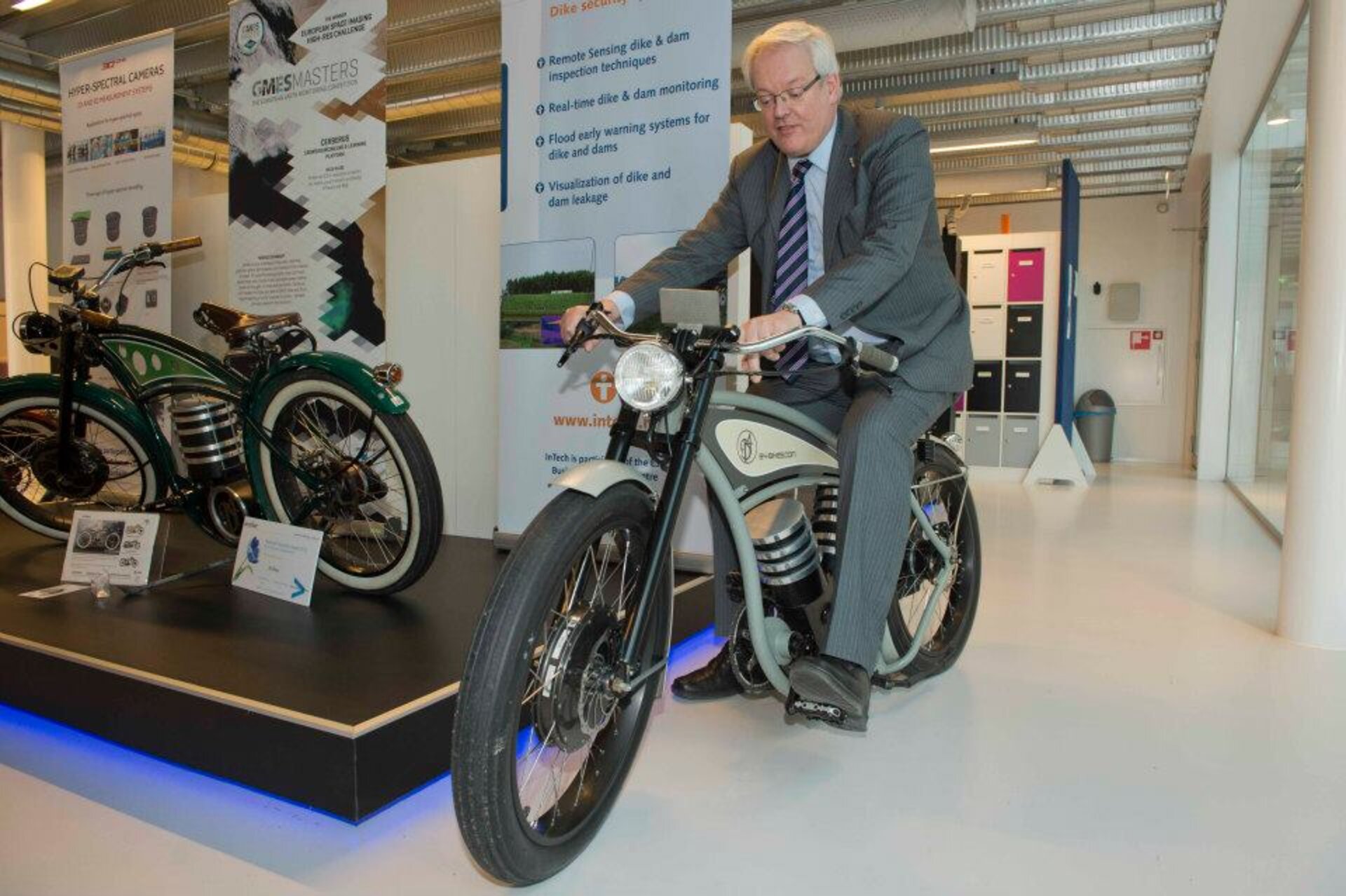 Dutch start-up company B4-Bikes’s electric e-cruizer bike is being tried here by Govert Veldhuijzen, Deputy Head of Economic Affairs in the Province of South Holland, when he visited ESA Business Incubation Centre Noordwijk. The idea behind the e-cruizer has its origin in the daily rush-hour traffic where eight out of ten morning drives to work are short and most with only one person. Using bikes could easily reduce pollution.