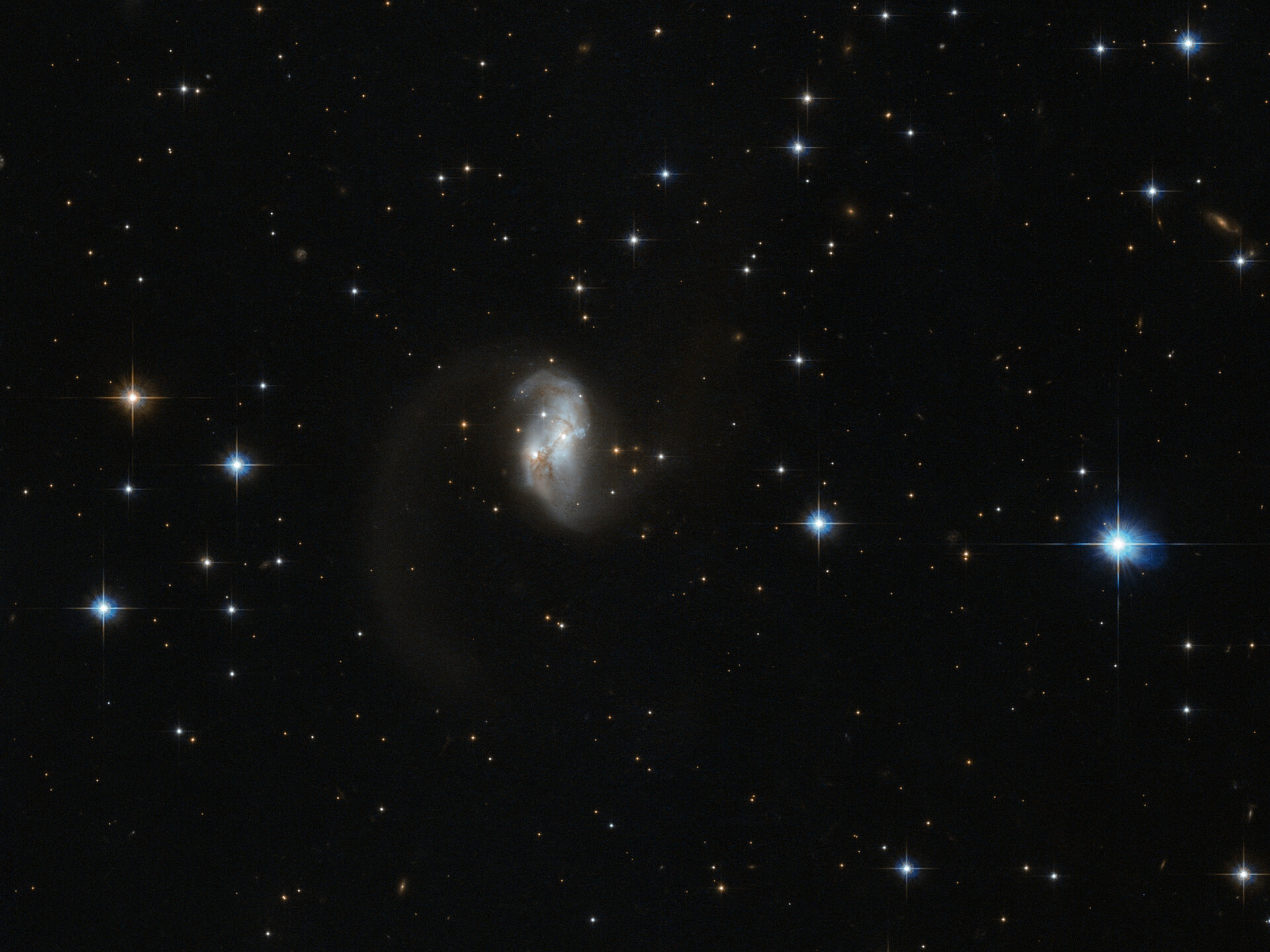 This charming and bright galaxy, known as IRAS 23436+5257, was captured by the the NASA/ESA Hubble Space Telescope. It is located in the northern constellation of Cassiopeia, which is named after an arrogant, vain, and yet beautiful mythical queen.

The twisted, worm-like structure of this galaxy is most likely the result of a collision and subsequent merger of two galaxies. Such interactions are quite common in the Universe, and they can range from minor interactions involving a satellite galaxy being caught by a spiral arm, to major galactic crashes. Friction between the gas and dust during a collision can have a major effect on the galaxies involved, morphing the shape of the original galaxies and creating interesting new structures.

When you look up at the calm and quiet night sky it is not always easy to picture it as a dynamic and vibrant environment with entire galaxies in motion, spinning like children’s toys and crashing into whatever crosses their path. The motions are, of course, extremely slow, and occur over millions or even billions of years.

The aftermath of these galactic collisions helps scientists to understand how these movements occur and what may be in store for our own Milky Way, which is on a collision course with a neighbouring galaxy, Messier 31.