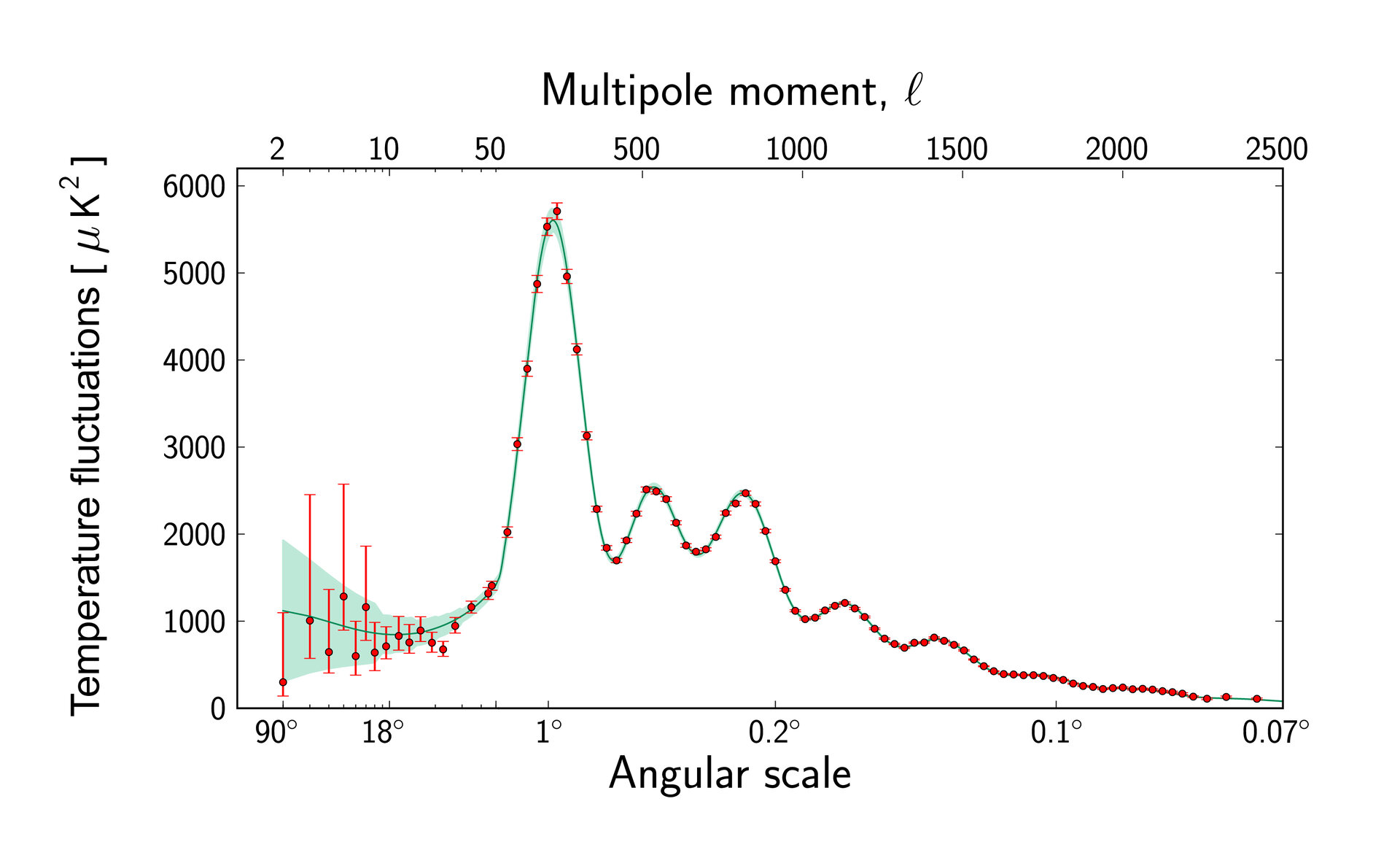 This graph shows the temperature fluctuations in the Cosmic Microwave Background detected by Planck at different angular scales on the sky, starting at ninety degrees on the left side of the graph, through to the smallest scales on the right hand side.

The multipole moments corresponding to the various angular scales are indicated at the top of the graph.

The red dots are measurements made with Planck; these are shown with error bars that account for measurement errors as well as for an estimate of the uncertainty that is due to the limited number of points in the sky at which it is possible to perform measurements. This so-called cosmic variance is an unavoidable effect that becomes most significant at larger angular scales.

The green curve represents the best fit of the 'standard model of cosmology' – currently the most widely accepted scenario for the origin and evolution of the Universe – to the Planck data. The pale green area around the curve shows the predictions of all the variations of the standard model that best agree with the data.

While the observations on small and intermediate angular scales agree extremely well with the model predictions, the fluctuations detected on large angular scales on the sky – between 90 and six degrees – are about 10 per cent weaker than the best fit of the standard model to Planck data. At angular scales larger than six degrees, there is one data point that falls well outside the range of allowed models. These anomalies in the Cosmic Microwave Background pattern might challenge the very foundations of cosmology, suggesting that some aspects of the standard model of cosmology may need a rethink.