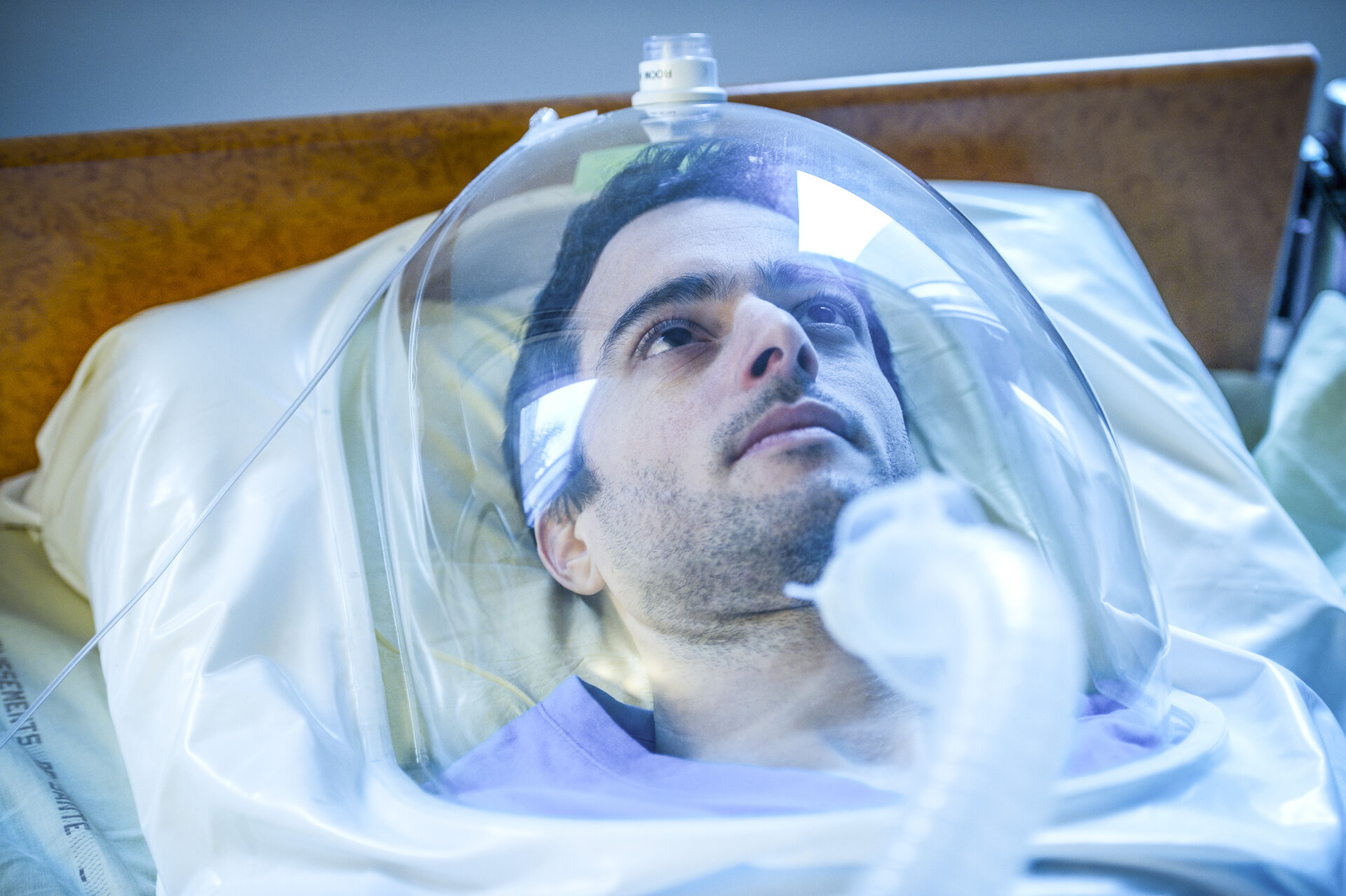 Seventies science-fiction or science experiment? Not an actor or space traveller, this ‘pillownaut’ might not have his feet on firm ground, but he is simulating spaceflight by spending three weeks in bed.
Our bodies adapt to long periods spent lying in bed at 6° below the horizontal as if they were flying in weightlessness. Muscles and bones waste away and when a mission or bedrest campaign ends, the body needs many days to return to form. Studying this process on bedrest volunteers is a lot cheaper and easier than collecting information on astronauts
The mask in this photo is part of a system to estimate energy requirements. It measures how much oxygen is consumed and how much carbon dioxide is exhaled by the volunteer. These measurements allow scientists to get an idea of the relationship between food, the lungs and the energy consumption when at rest.