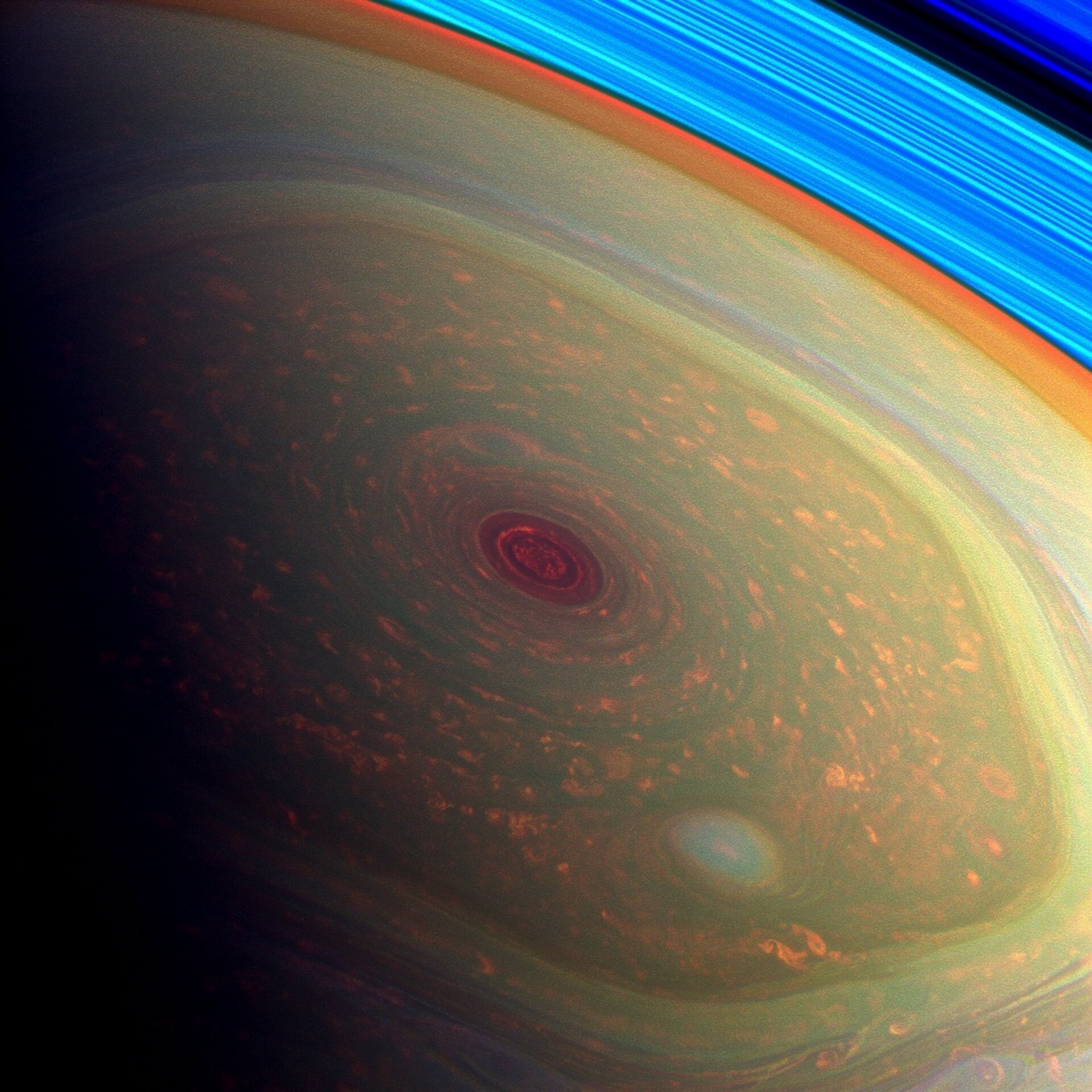 A hurricane, spanning some 2000 km, has been identified at the heart of Saturn’s hexagonal jet stream at the planet’s north pole by the international Cassini spacecraft.

The eye of the storm appears dark red while the fast-moving hexagonal jet stream framing it is a yellowish green. Low-lying clouds circling inside the hexagonal feature appear as muted orange colour. A second, smaller vortex pops out in teal at the lower right of the image.

The rings of Saturn appear in vivid blue at the top right in this colour scheme.

The image was captured by Cassini from a distance of about 419 000 km from Saturn on 27 November 2012, at a Sun-Saturn-spacecraft angle (phase angle) of 94 degrees. Image scale is 22 kilometres per pixel.