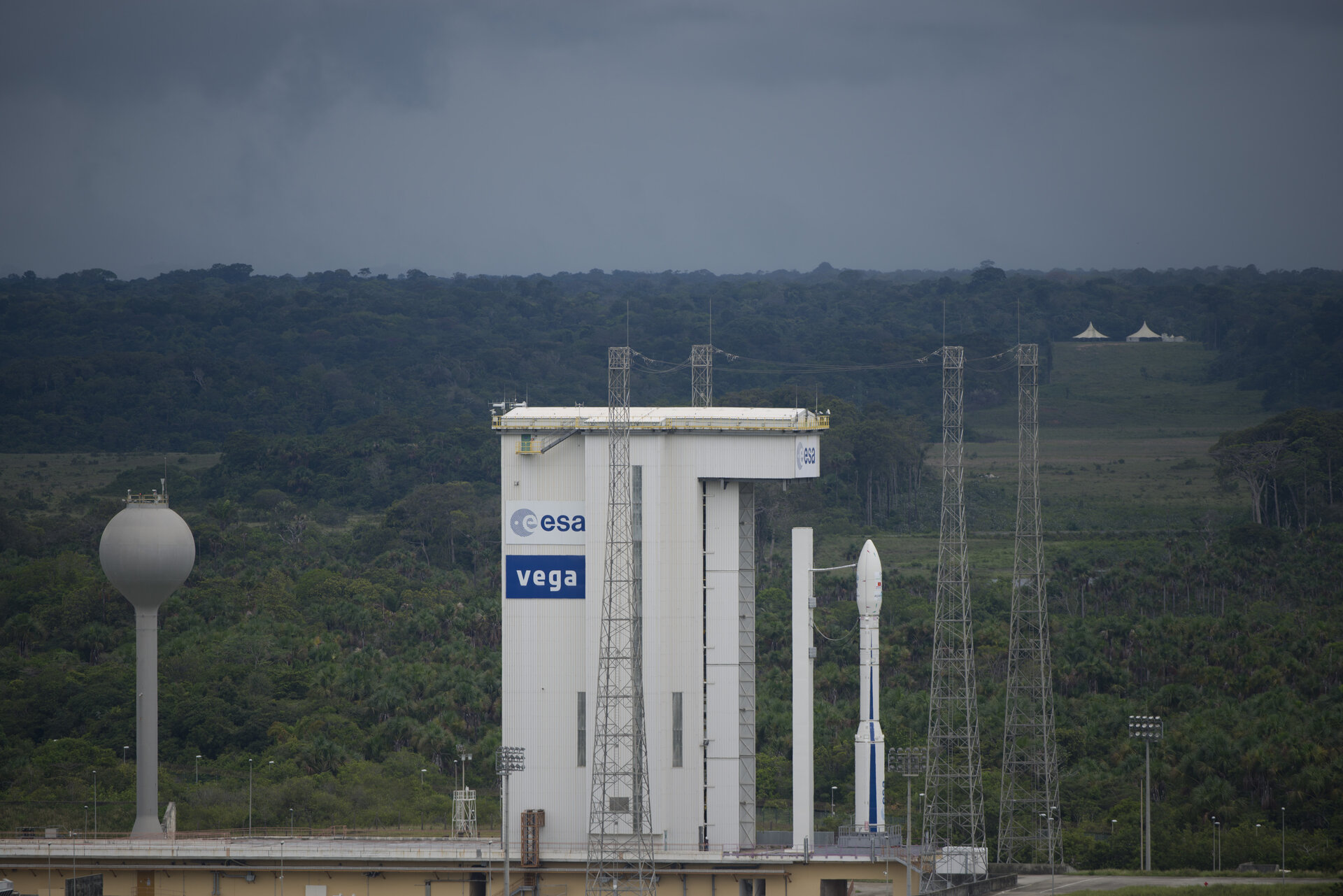 ESA’s Vega VV02 rocket is now fully assembled on its launch pad, 22 April, 2013. Final preparations are in full swing for the rocket’s flight.

VV02 will loft Proba-V, the first of four ESA missions, into space. Proba-V carries a reduced version of the Vegetation instrument currently flying on the Spot satellites to provide a daily overview of global vegetation growth.
This first VERTA flight will also demonstrate Vega's capability to launch multiple payloads. The second payload is the Vietnam Natural Resources, Environment and Disaster Monitoring Satellite (VNREDSAT) built by Astrium for the Vietnamese government.