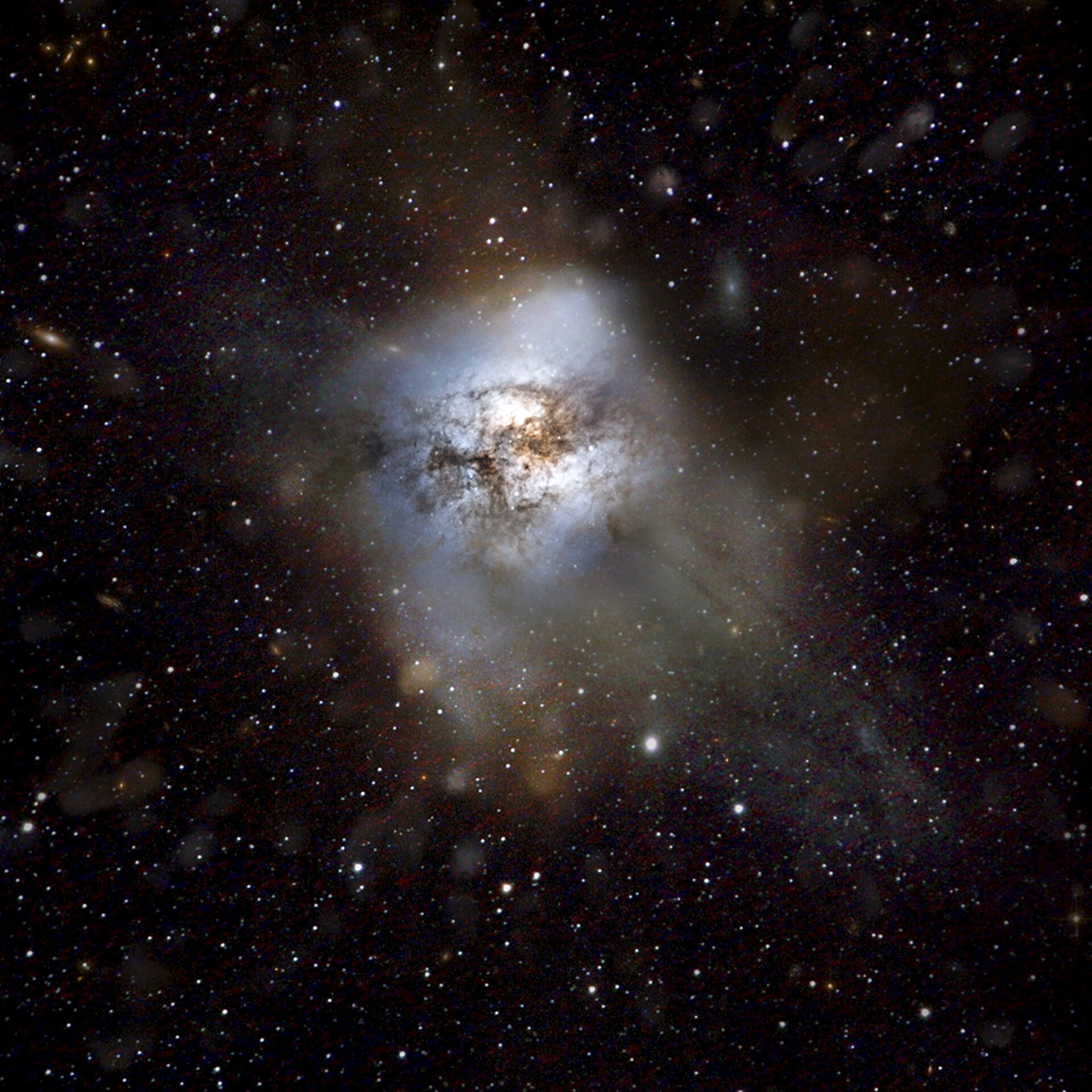 Artist’s impression of starburst galaxy HFLS3. The galaxy appears as little more than a faint, red smudge in images from ESA’s Herschel space observatory, but appearances can be deceiving for it is making stars more than 2000 times faster than our own Milky Way, one of the highest star formation rates ever seen in any galaxy. Amazingly, it is seen at a time when the Universe was less than a billion years old, challenging galaxy evolution theories.