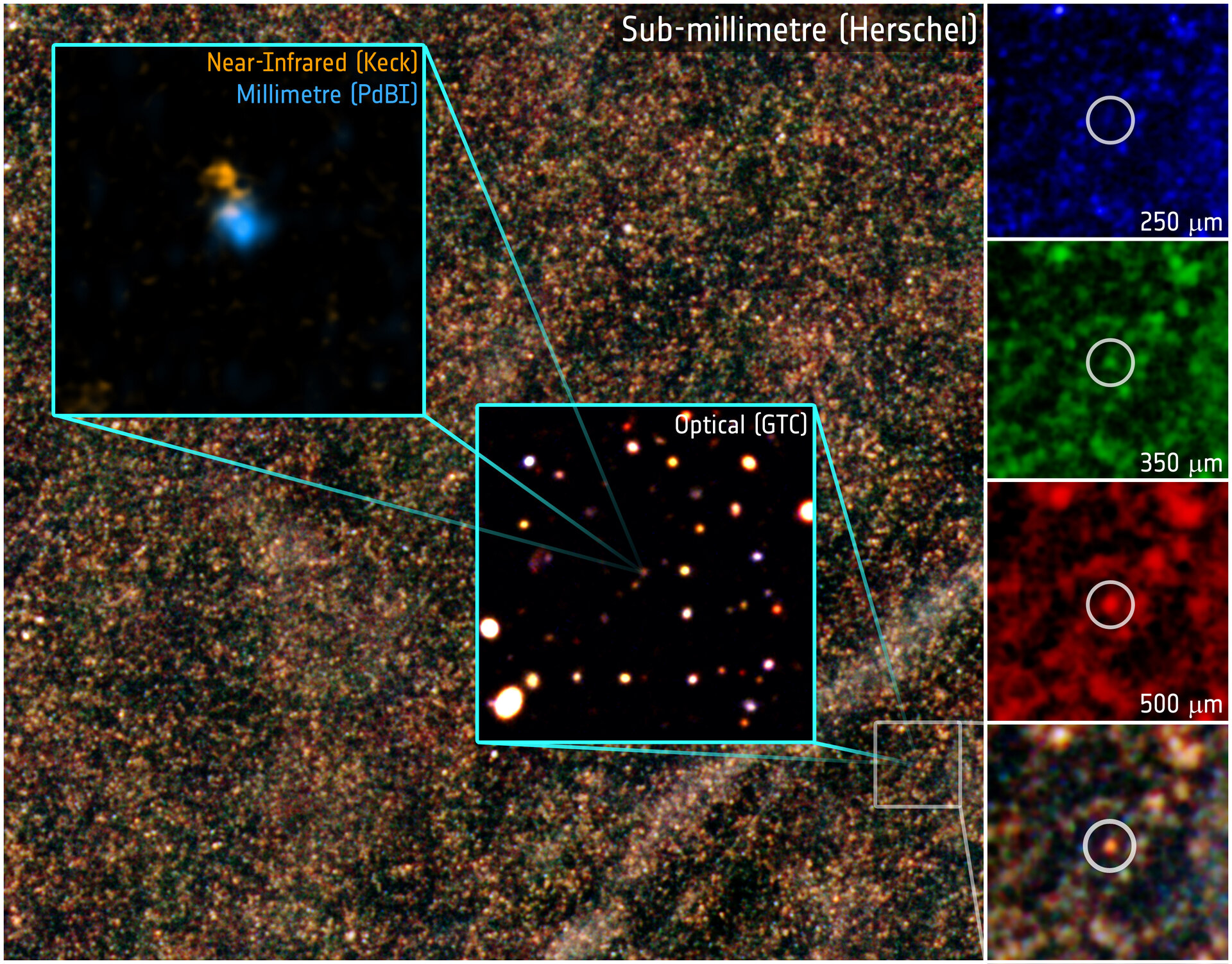 The galaxy HFLS3 was found initially as a small red dot in Herschel submillimetre images (main image, and panels on right). Subsequent observations with ground-based telescopes, ranging from optical to millimetre-wave (insets) showed that there are two galaxies appearing very close together. They are at very different distances, however, with one of them, seen in millimetre-wave (inset, blue) being so distant that we are seeing it as it was when the Universe was just 880 million years old. HFLS3 is a 'maximum starburst' galaxy, the most distant of its type ever found.