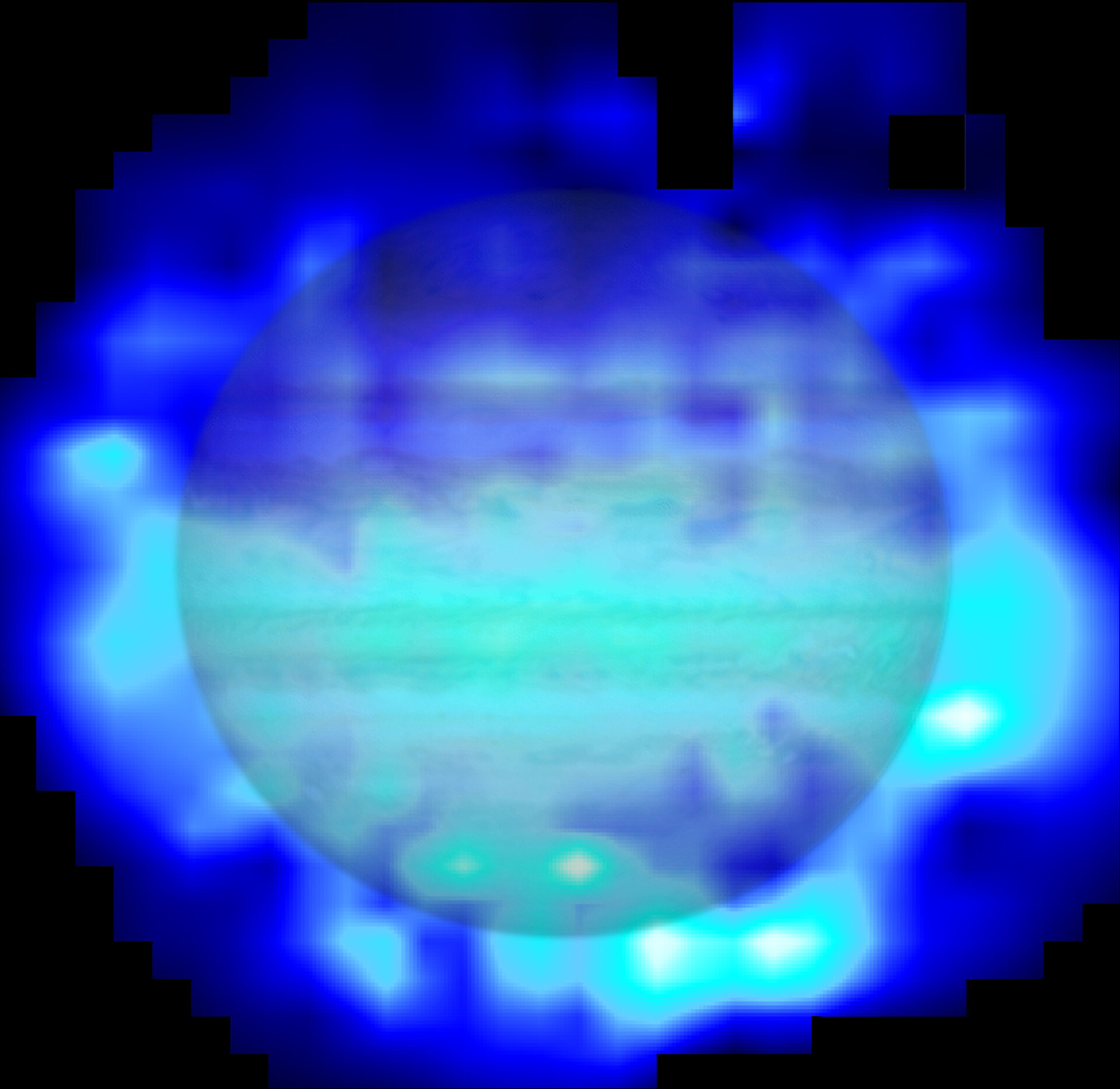 Distribution of water in the stratosphere of Jupiter as measured with ESA's Herschel space observatory with the PACS instrument at 66.4 microns. The data have been superimposed over an image of Jupiter taken at visible wavelengths with the NASA/ESA Hubble Space Telescope.

A new study using Herschel finally links Jupiter’s upper atmosphere water to the comet impact of Shoemaker-Levy 9 in 1994, during which 21 comet fragments struck the planet at intermediate southern latitudes.