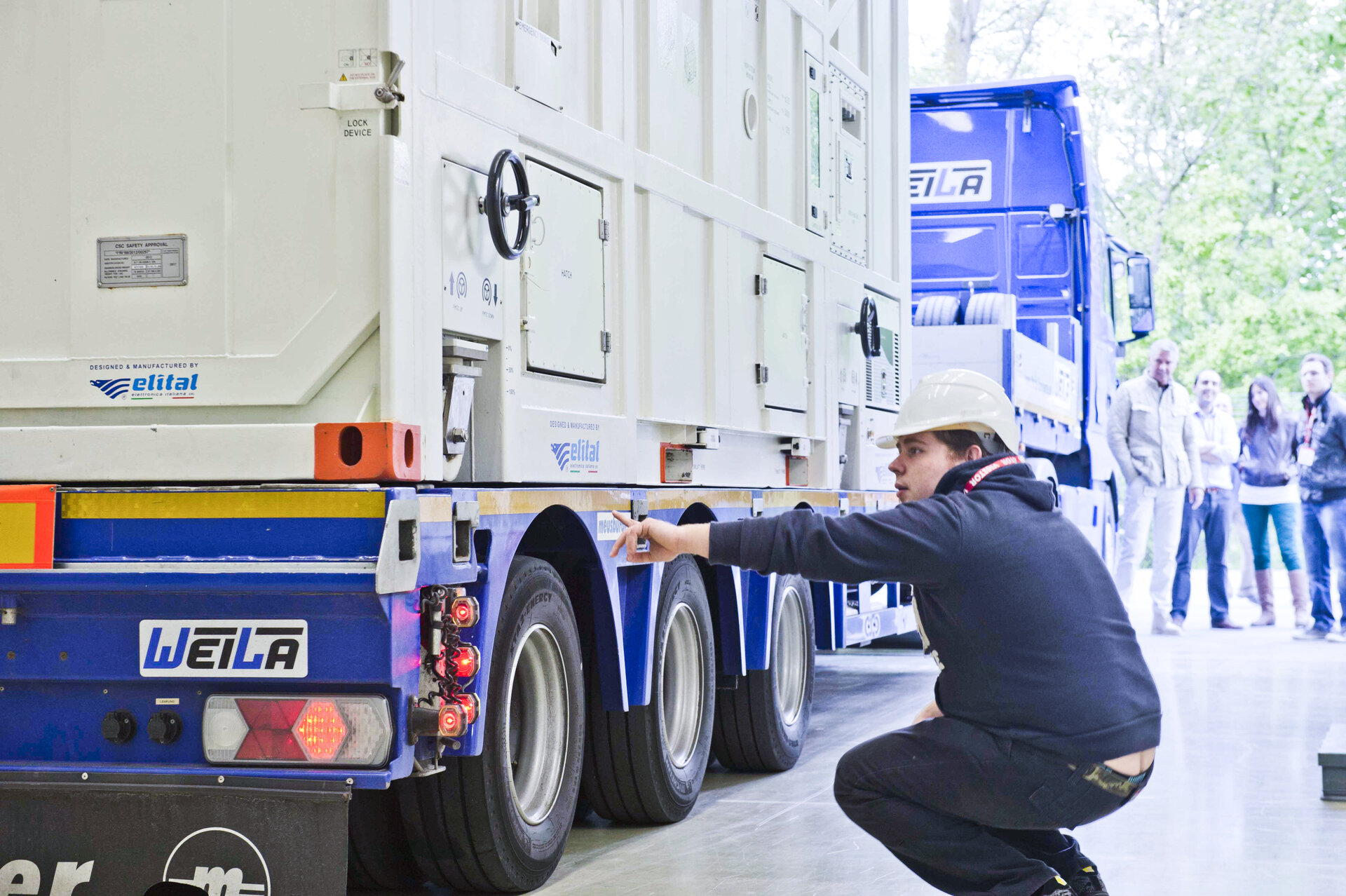 The first satellite of Galileo’s next phase arrived at ESTEC in the
Netherlands, on 15 May, for a rigorous set of tests to check its readiness
for launch.

This first Galileo Full Operational Capability (FOC) satellite is
functionally identical to the first four Galileo In-Orbit Validation
satellites already in orbit, the operational nucleus of the full Galileo
constellation, but has been manufactured by a separate industrial team.