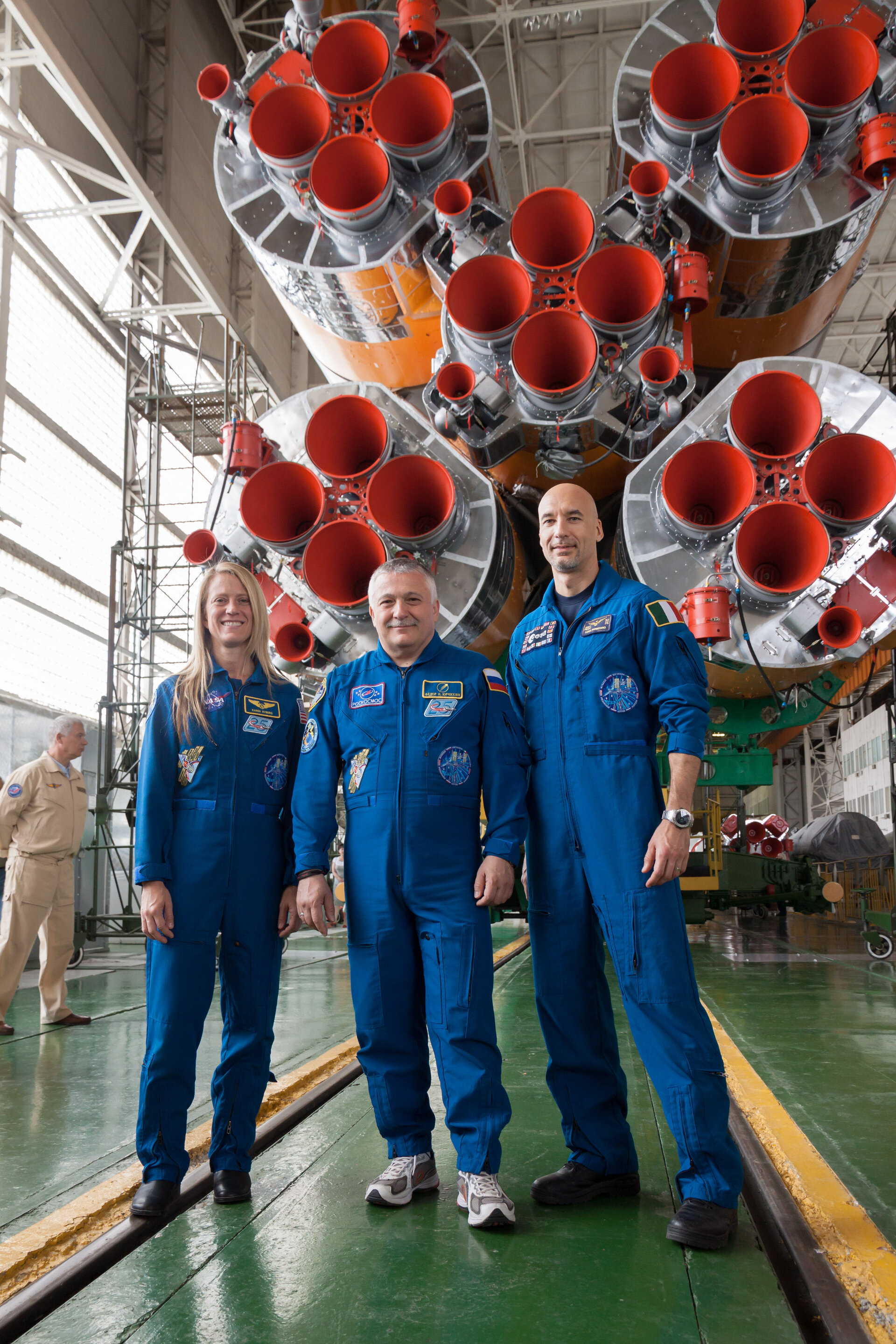 At the Baikonur Cosmodrome in Kazakhstan, Expedition 36/37 Flight Engineer Karen Nyberg of NASA (left), Soyuz Commander Fyodor Yurchikhin (center) of Russia's Federal Space Agency and Flight Engineer Luca Parmitano of the European Space Agency pose for pictures, 24 May, 2013, in front of the first stage engines of their Soyuz rocket in the Integration Facility.

The three earlier participated in the final "fit check" dress rehearsal by the prime and backup crews. Nyberg, Yurchikhin and Parmitano are preparing for launch, 29 May, 2013, Kazakh time, in the Soyuz TMA-09M spacecraft to begin a six-month mission on the International Space Station.