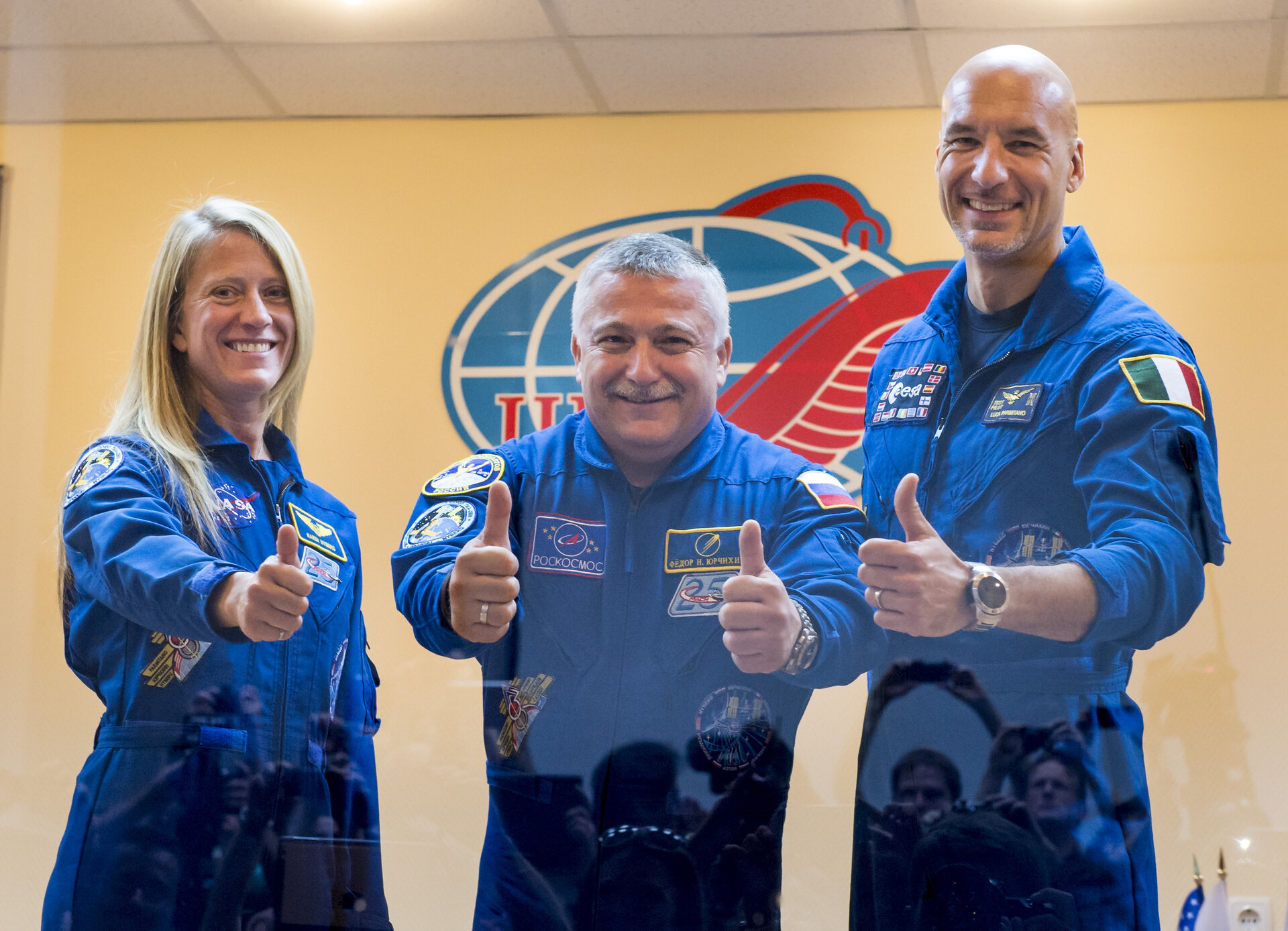 Expedition 36/37 Soyuz Commander Fyodor Yurchikhin of the Russian Federal Space Agency (Roscosmos), center, Flight Engineers; Karen Nyberg of NASA, left, and Luca Parmitano of the European Space Agency, give a thumbs up after the crew's press conference at the Cosmonaut Hotel, Monday, 27 May, 2013, in Kazakhstan.

The crew is in quarantine and behind glass during the press conference in preparation for their launch on a Soyuz rocket to the International Space Station (ISS) on Wednesday, 29 May, Kazakh time.

Yurchikhin, Nyberg, and, Parmitano, will remain aboard the station until mid-November.