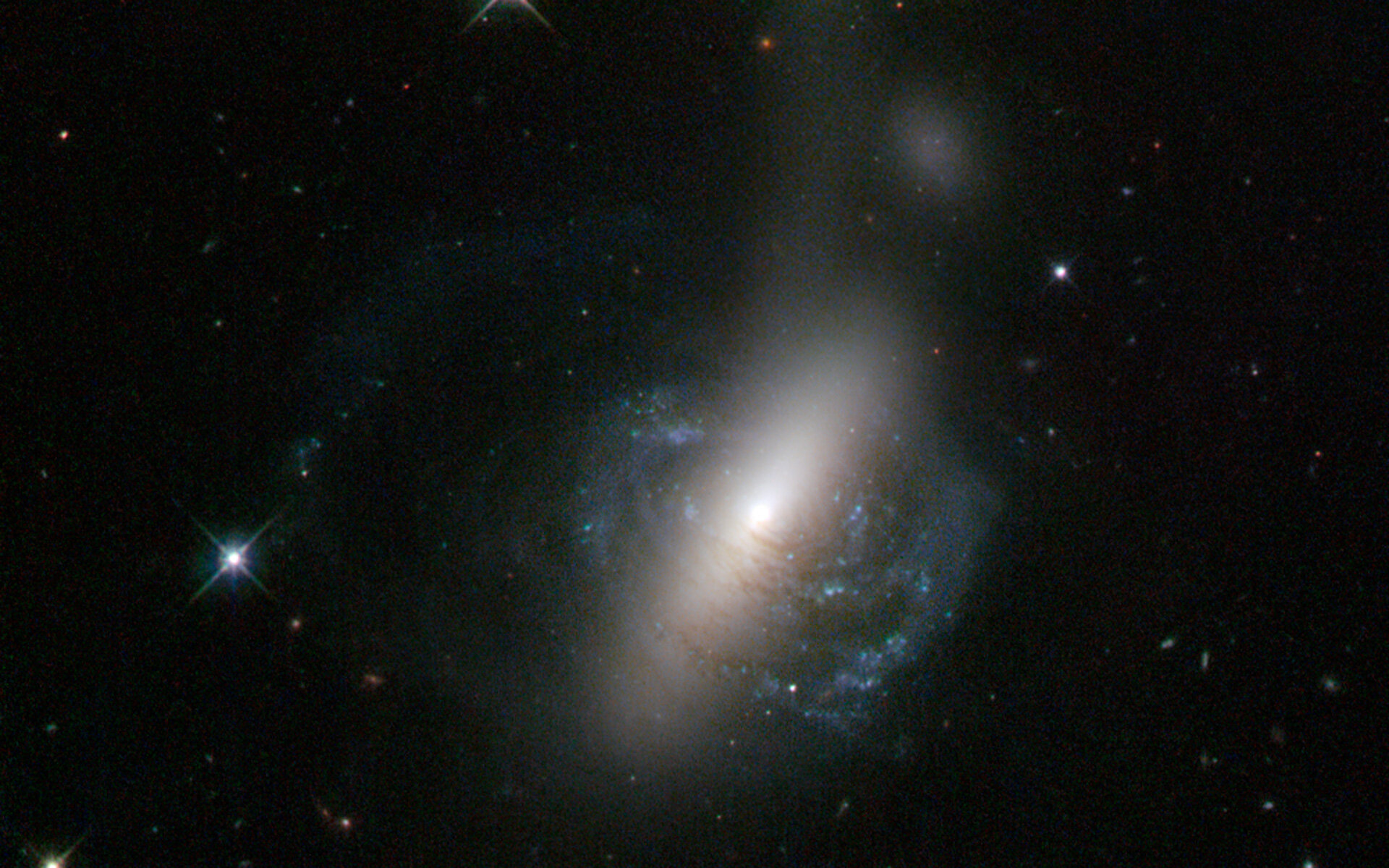 The messy result of a galactic collision

This new image from the NASA/ESA Hubble Space Telescope captures an ongoing cosmic collision between two galaxies — a spiral galaxy is in the process of colliding with a lenticular galaxy. The collision looks almost as if it is popping out of the screen in 3D, with parts of the spiral arms clearly embracing the lenticular galaxy’s bulge.

The image also reveals further evidence of the collision. There is a bright stream of stars coming out from the merging galaxies, extending out towards the right of the image. The bright spot in the middle of the plume, known as ESO 576-69, is what makes this image unique. This spot is believed to be the nucleus of the former spiral galaxy, which was ejected from the system during the collision and is now being shredded by tidal forces to produce the visible stellar stream.

A version of this image was entered into the Hubble’s Hidden Treasures image processing competition by contestant Luca Limatola.