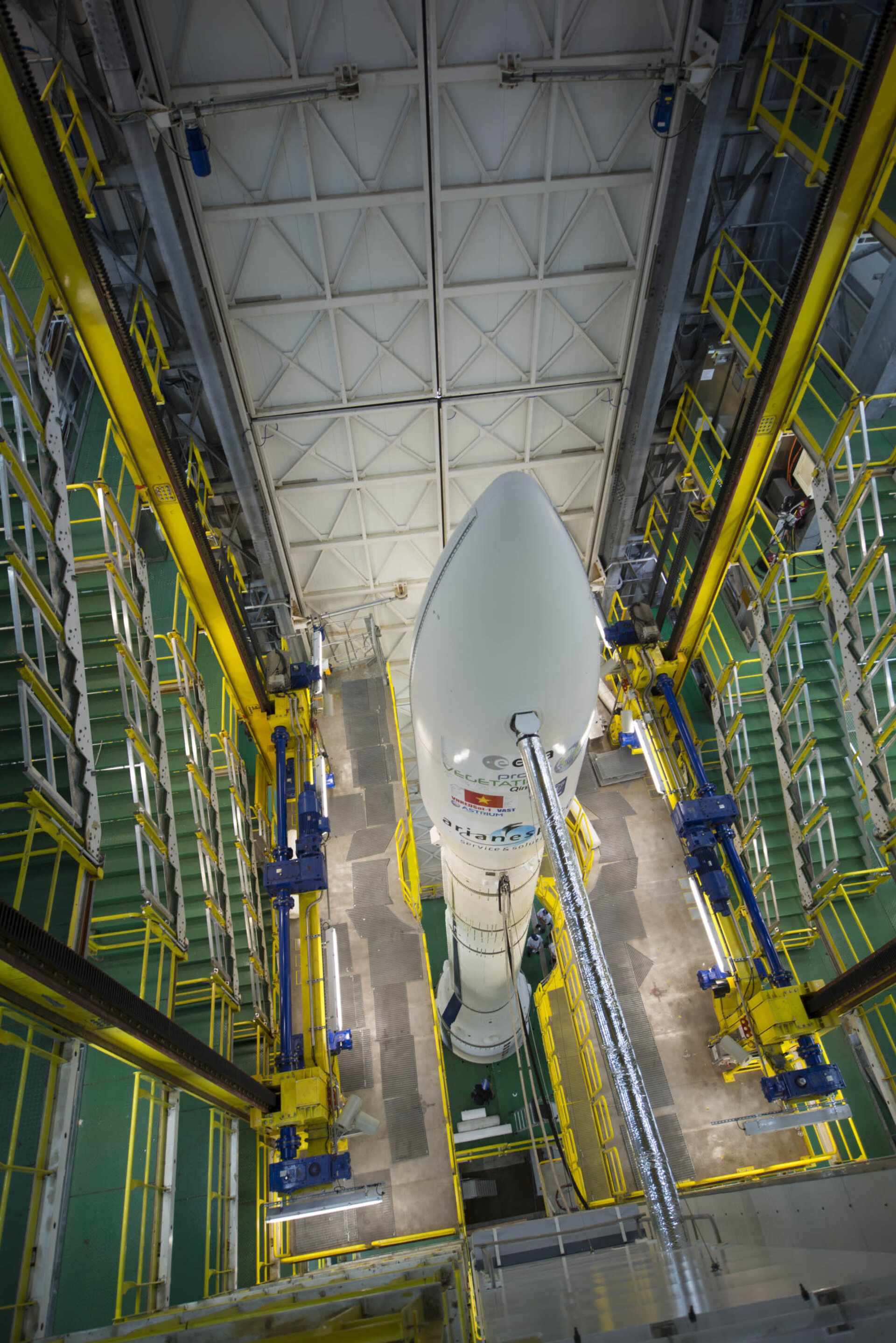 Vega VV02 all set for launch

VV02 will loft Proba-V, the first of four ESA missions, into space. Proba-V carries a reduced version of the Vegetation instrument currently flying on the Spot satellites to provide a daily overview of global vegetation growth.

This first VERTA flight will also demonstrate Vega's capability to launch multiple payloads into two different orbits. Proba-V, the prime payload, will be released first. The remaining two payloads: Vietnam Natural Resources, Environment and Disaster Monitoring Satellite (VNREDSat-1) built by Astrium for the Vietnamese government and the Estonian cubesat (ESTCube-1) will be released later, into a different orbit.