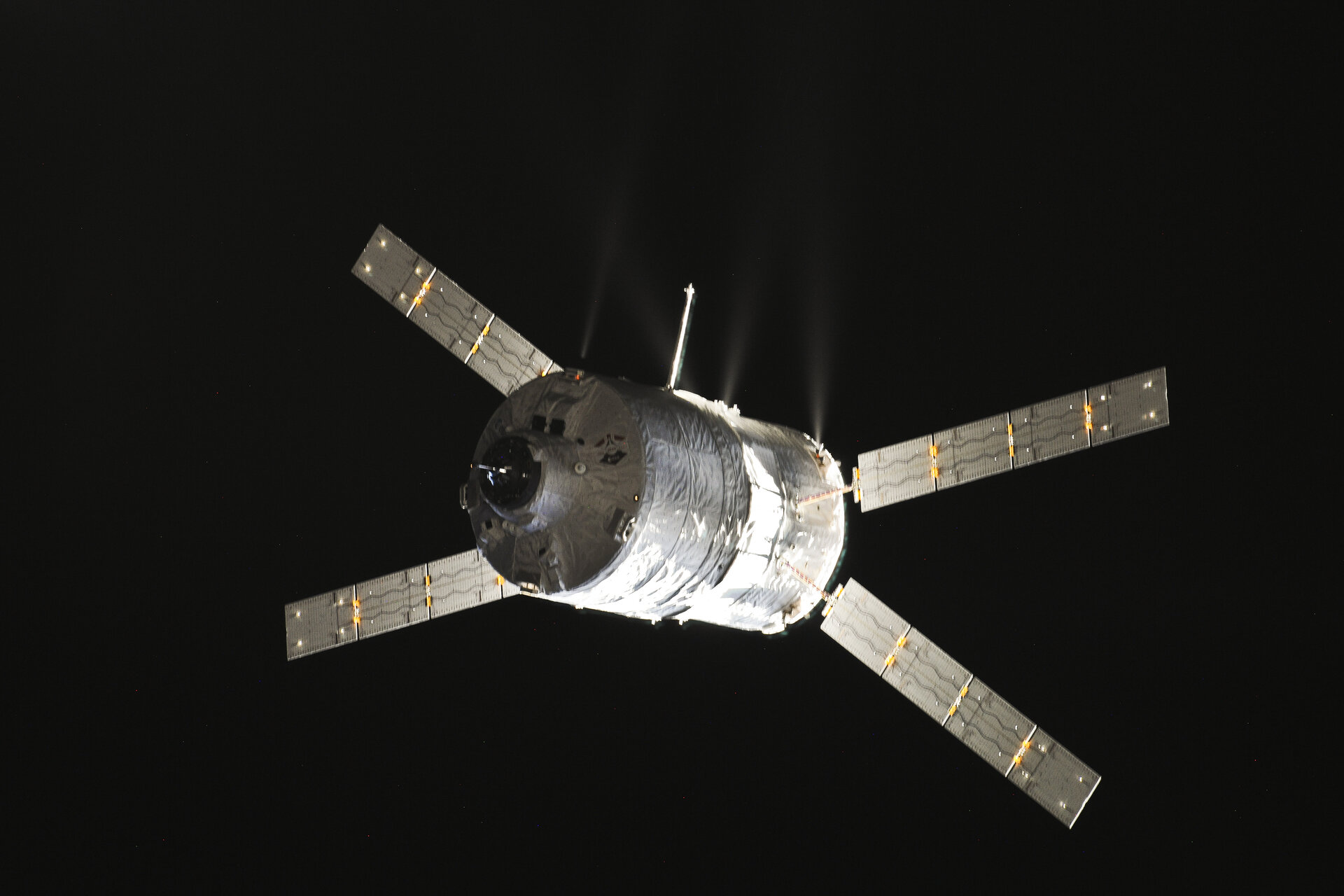 ATV Albert Einstein, Europe’s supply and support ferry, docked with the International Space Station 15 June 2013. This image, taken from the Station, reveals the exhaust plumes as the 20-tonne craft fires some of its 24 thrusters to adjust its approach.

In this image, ATV-4 is lit by the Sun from behind as its solar cells absorb the Sun’s energy. The golden ‘lights’ are the sunlight shining through the solar panel hinges. The vertical antenna at the top is the ‘proximity boom’ that is used to communicate with the Station.

ATV Albert Einstein brought 7 tonnes of supplies, propellants and experiments to the complex. ESA astronaut Luca Parmitano oversaw the unloading and cataloguing of the cargo of over 1400 individual items.