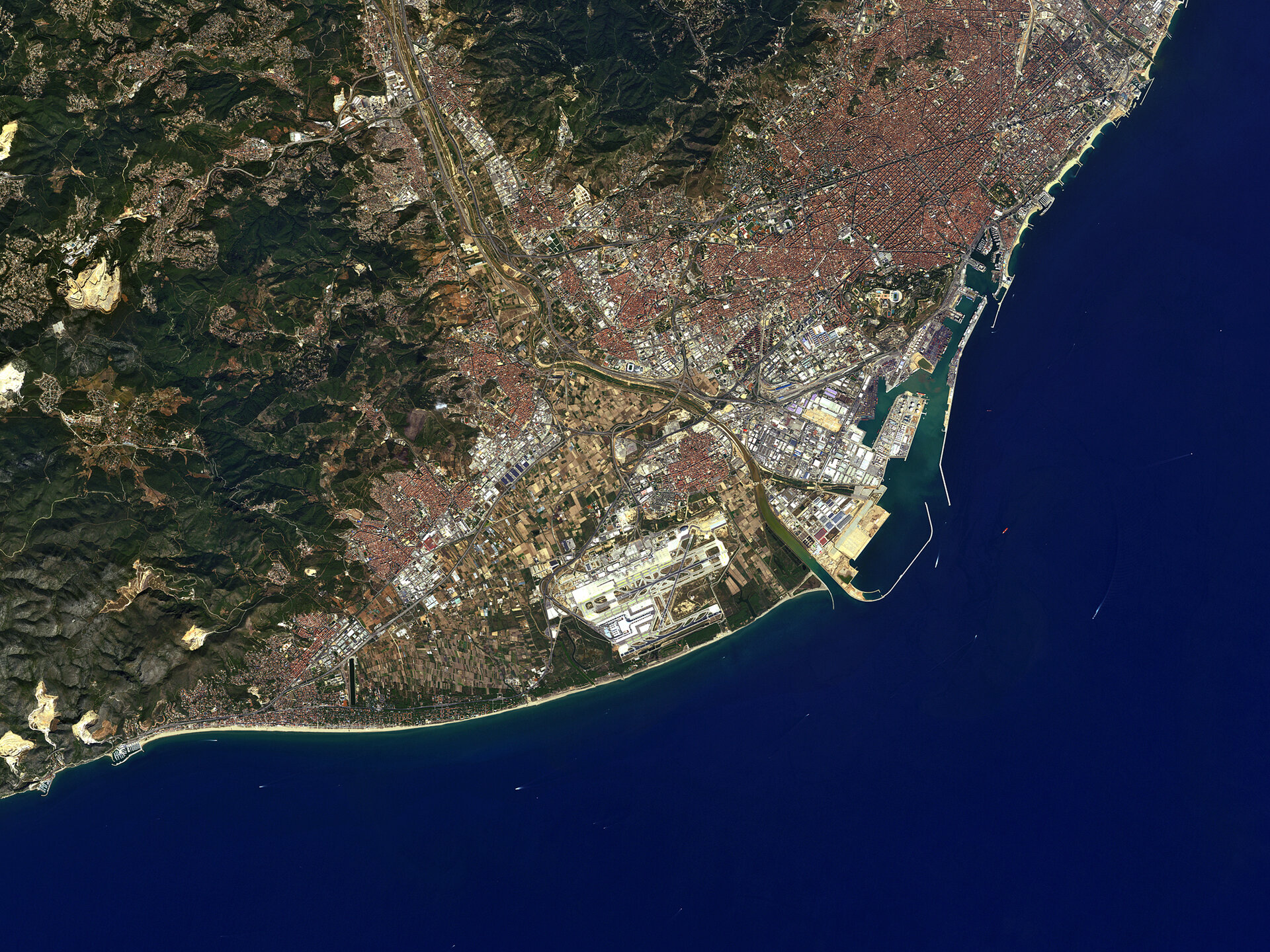 The Spanish city of Barcelona is pictured in this image captured on 13 September 2010 by Japan’s ALOS satellite. Near the top right corner, the circular Plaça de les Glòries Catalanes was meant to be the city centre in the original urban plan. Dominating the left side of the image are the Garraf Massif mountains, their cliffs reaching the Mediterranean coast. Rock quarries and rubbish dumps are degrading the land here, and some of these degraded areas can be seen in the lower left corner as large yellow patches. Along the coast, we can see the Barcelona’s port – one of Europe’s top ten largest container ports. Barcelona-El Prat airport is about 10 km southwest of the city centre, across the Llobregat River. On either side of the airport we can see the darker areas of the Llobregat delta.