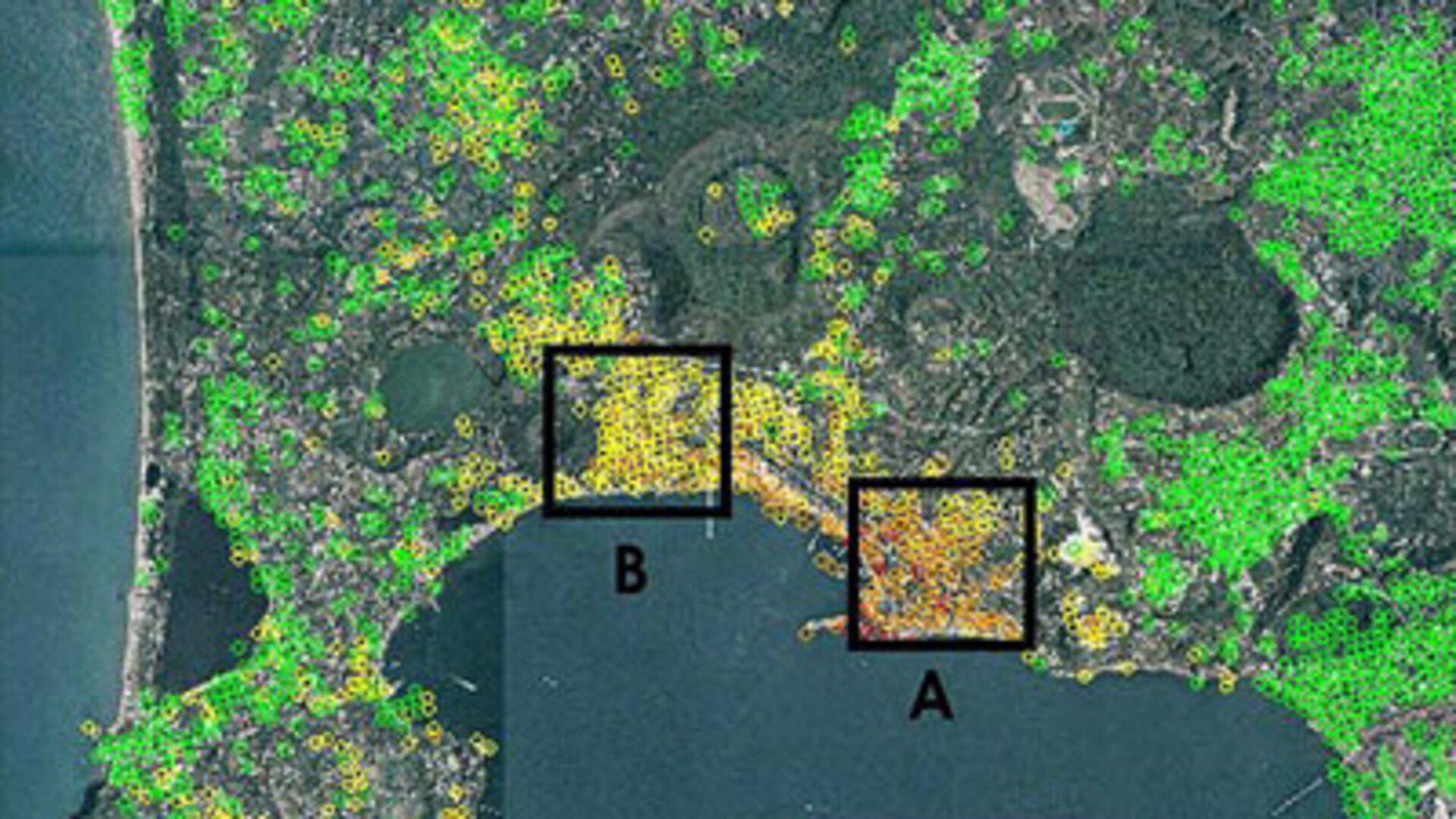 Deformation map of the Phlegrean fields west of Naplesin Italy obtained from Envisat radar data. Ascending images from February 2003 to April 2006 were employed to illustrate the ground deformation. The acquisitions starting from January 2005 show an area of maximum deformation in the centre of the Pozzuoli town (box A). The deformation also extends westward to the area surrounding Monte Nuovo (box B). The colours span from green (stable points) to red (maximum deformation upwards).