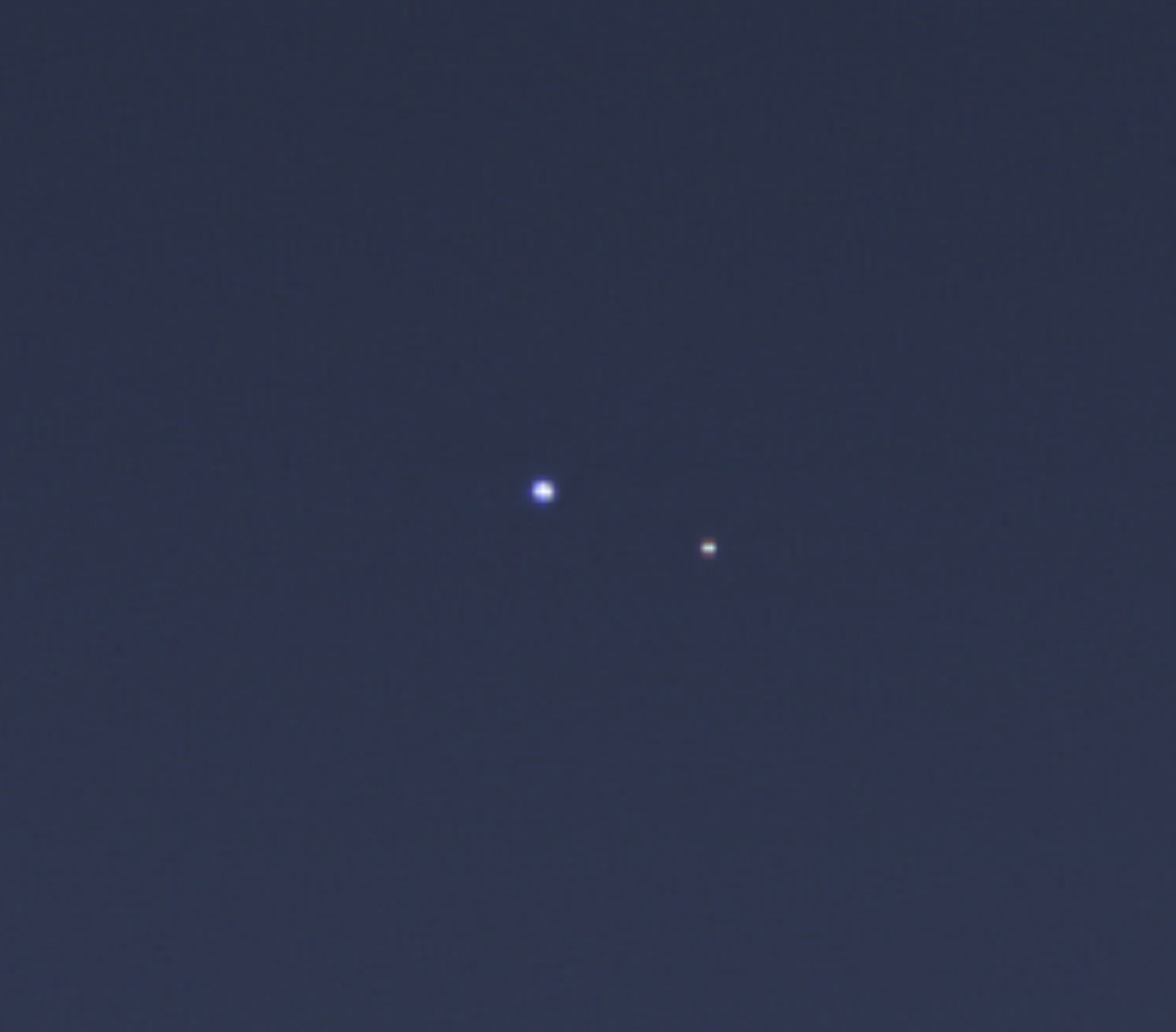 Earth and Moon close up

The cameras on the international Cassini spacecraft captured this rare look at Earth and its moon from Saturn orbit on 19 July 2013. The image has been magnified five times.

Earth is the blue point of light on the left; the Moon is fainter, white and on the right.

Images taken using red, green and blue filters were combined to create this natural colour view. The images were obtained by the Cassini spacecraft cameras at a distance of 1.44 billion km from Earth.

The Cassini–Huygens mission is a cooperative project of NASA, ESA and Italy’s ASI space agency. The Jet Propulsion Laboratory, a division of the California Institute of Technology in Pasadena, manages the mission for NASA’s Science Mission Directorate, Washington, DC. The Cassini orbiter and its two cameras were designed, developed and assembled at JPL. The imaging operations centre is based at the Space Science Institute in Boulder, Colorado.