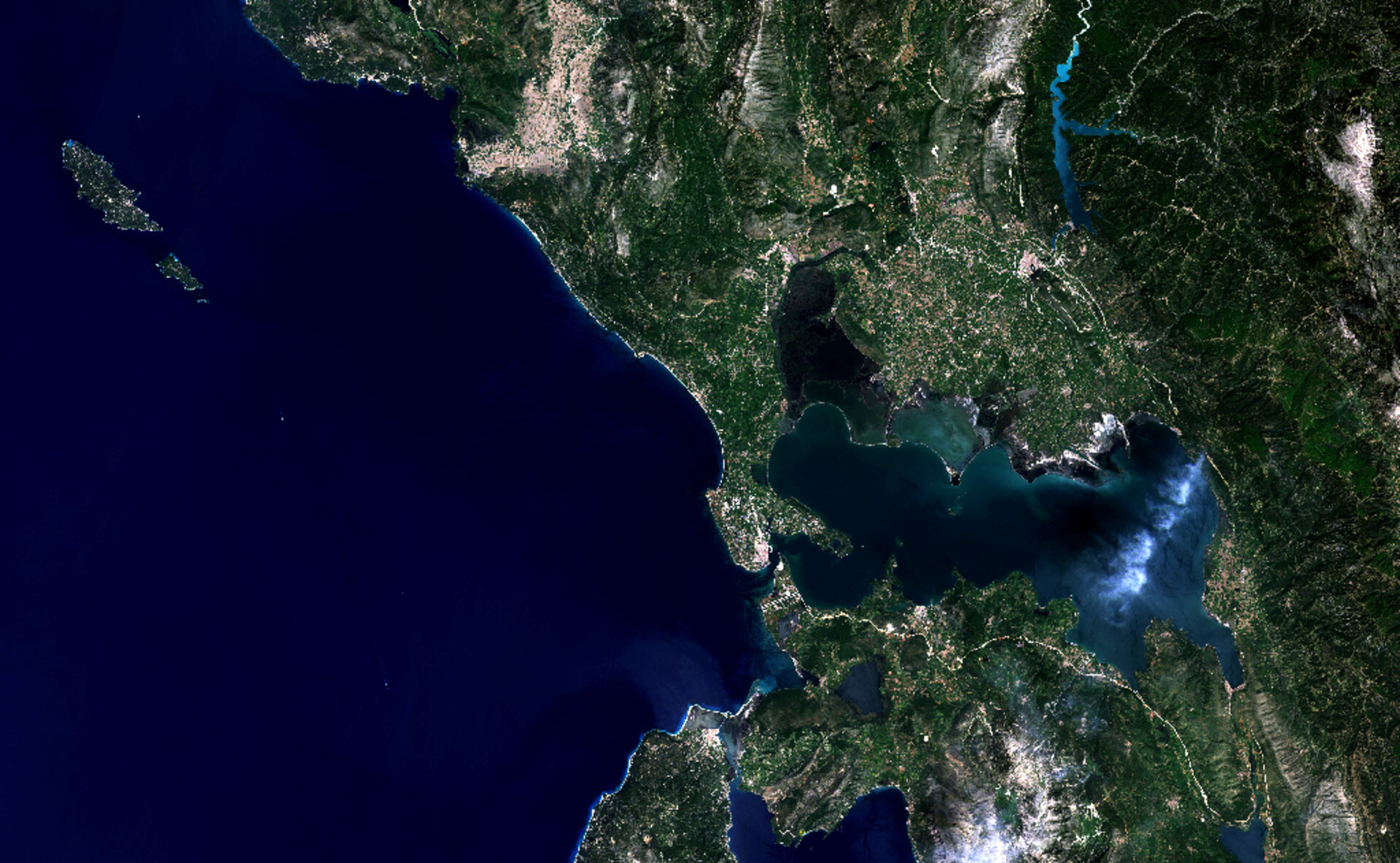 The northwestern part of Greece is pictured in this image acquired on 28 April by the Landsat-8 satellite. The Ionian Sea dominates the left side of the image, with the Ambracian Gulf near the centre. In the upper-left corner we can see the Paxi islands. Paxos, to the north, boasts beautiful beaches mainly along its eastern coast, with dramatic cliffs and caves dominating the west side. The smaller island to the south, Antipaxos, is also known for its beaches as well as its traditional vineyards.