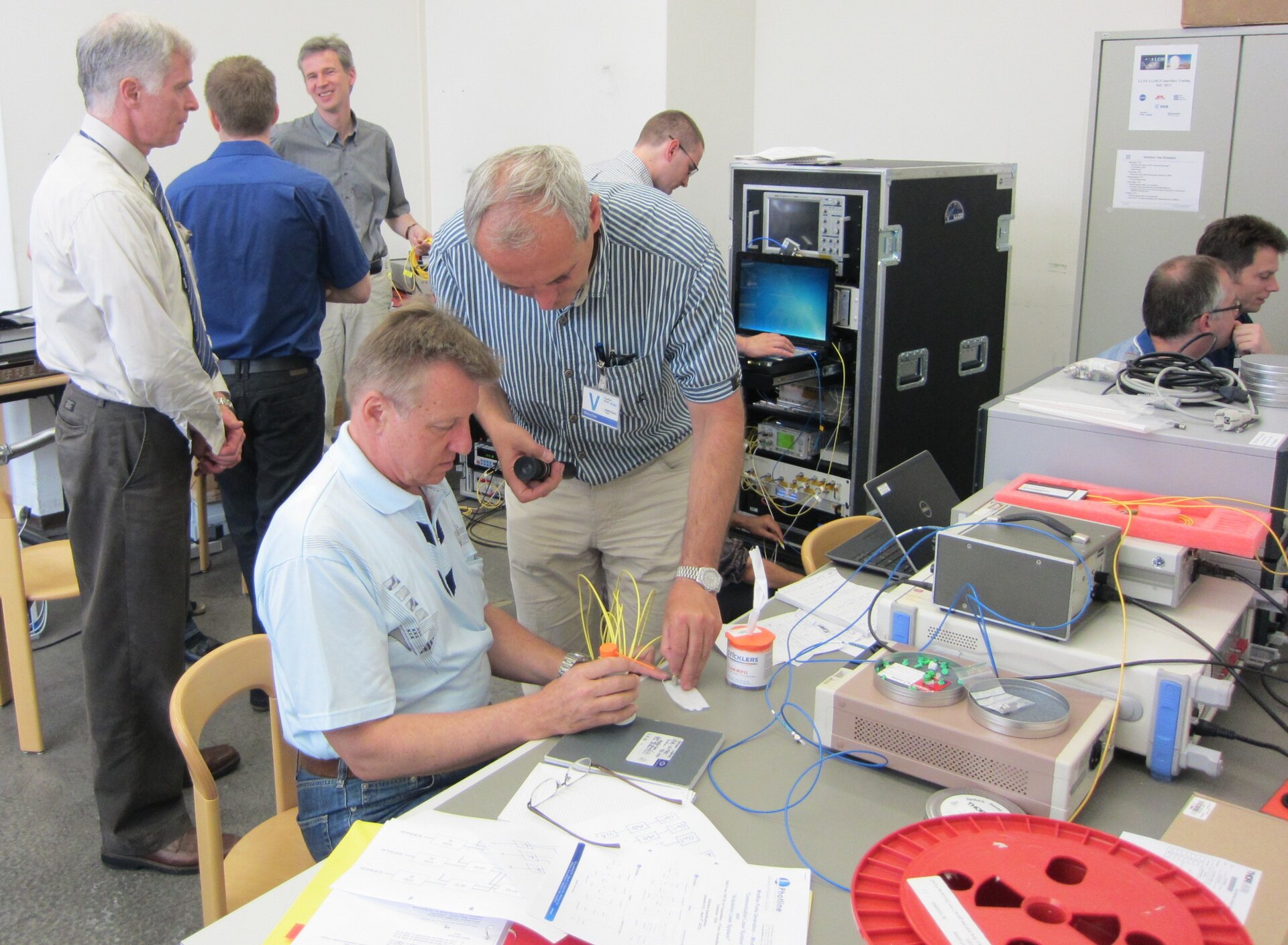 The hardware was assembled at RUAG in Zurich, Switzerland. NASA, supported by the Massachusetts Institute of Technology (MIT) Lincoln Laboratory, set up the onboard part, and ESA together with European industry partners RUAG (CH) and Axcon (DK) assembled the newly developed technology demonstration optical ground systems. Compatibility was established for the uplink and downlink and for the ranging measurement. While the flight model of the NASA terminal is already mounted onboard the Ladee spacecraft and ready for launch, the ESA hardware will be integrated into ESA’s optical ground station (OGS) in Tenerife, Spain later this year. Operational readiness tests between ESA and NASA will be conducted until Ladee launch, set for mid-September. Ladee will reach the moon one month after launch in mid-October 2013. The first space-ground optical link is envisaged four weeks after launch.