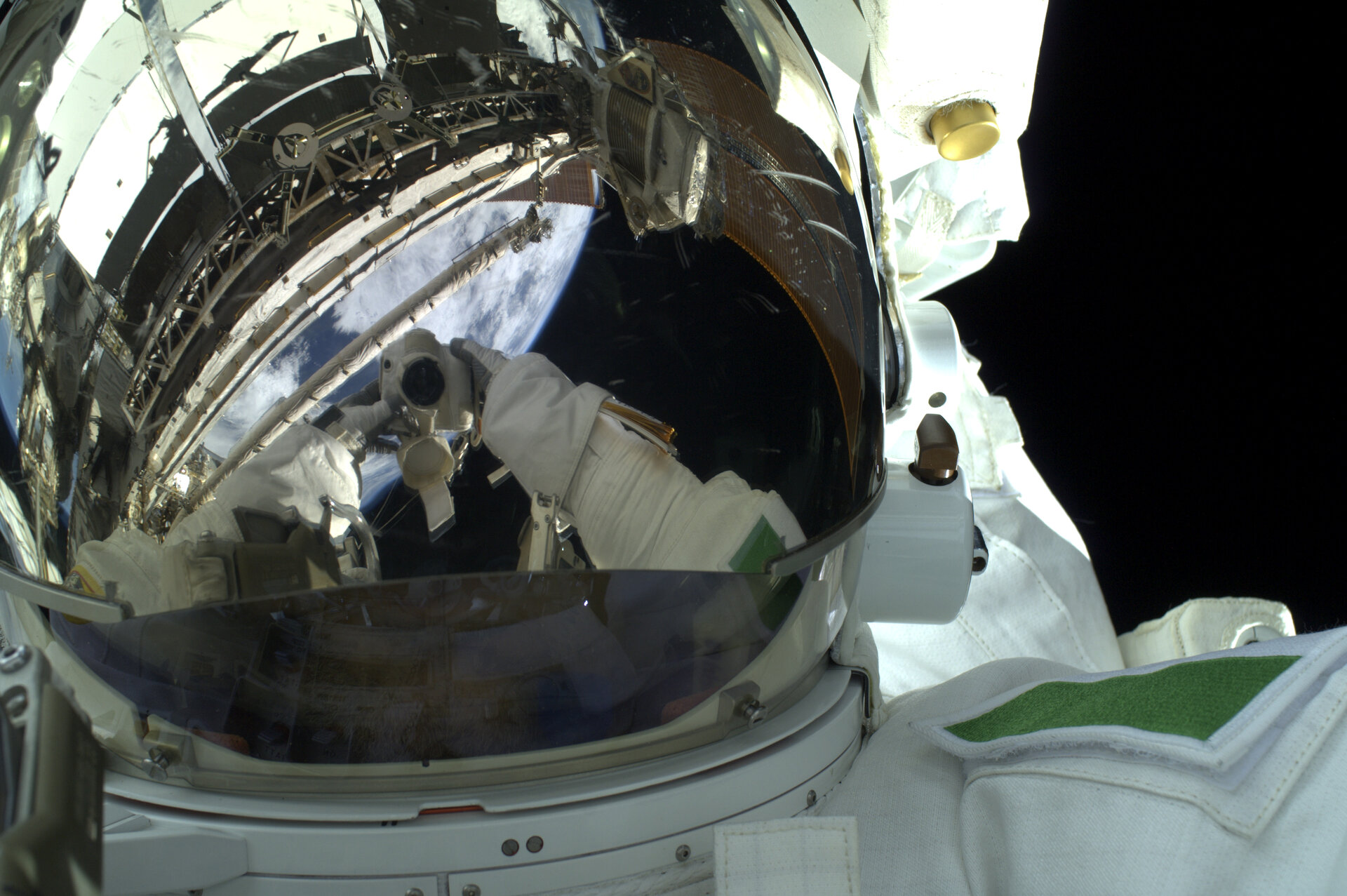 This sure beats any “selfie” I’ve done up to now

These images were taken by ESA astronaut Luca Parmitano during his spacewalk, together with NASA's Chris Cassidy, 9 July 2013.
The spacewalk, the first for Luca and the fifth for Chris, lasted 6 hours 7 minutes.
This was the first of two Expedition 36 excursions to prepare the International Space Station for a new Russian module and perform additional installations on the station’s backbone.
The second spacewalk is scheduled for 16 July; Luca, working again with Chris Cassidy, will egress the Quest airlock at around 12:15 GMT (14:15 CEST).