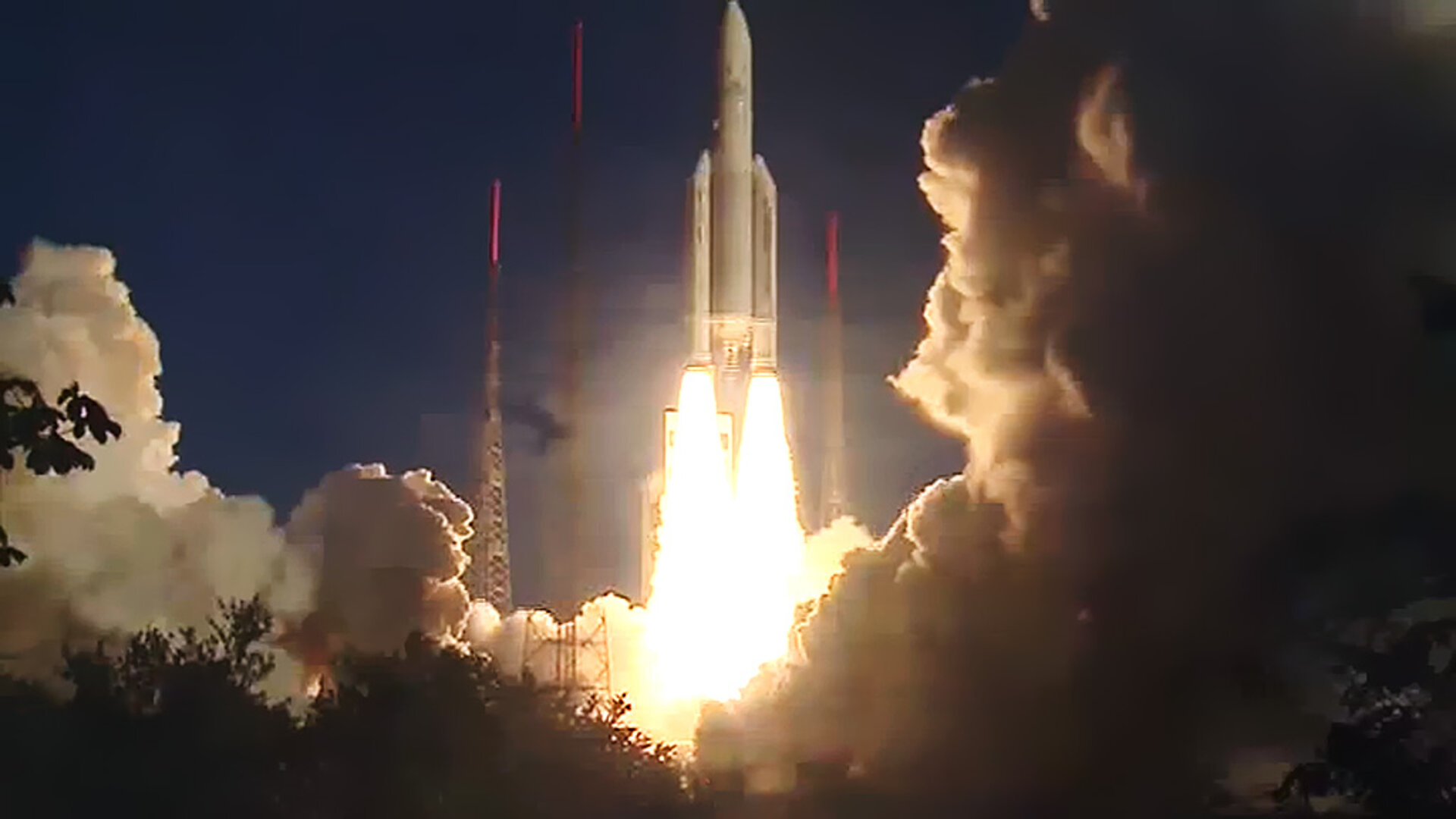 On 29 August 2013, an Ariane 5 launcher lifted off from Europe’s Spaceport in French Guiana on its mission to place two communications satellites, Eutelsat 25B/Es’hail 1 and GSAT-7, into their planned geostationary transfer orbits.