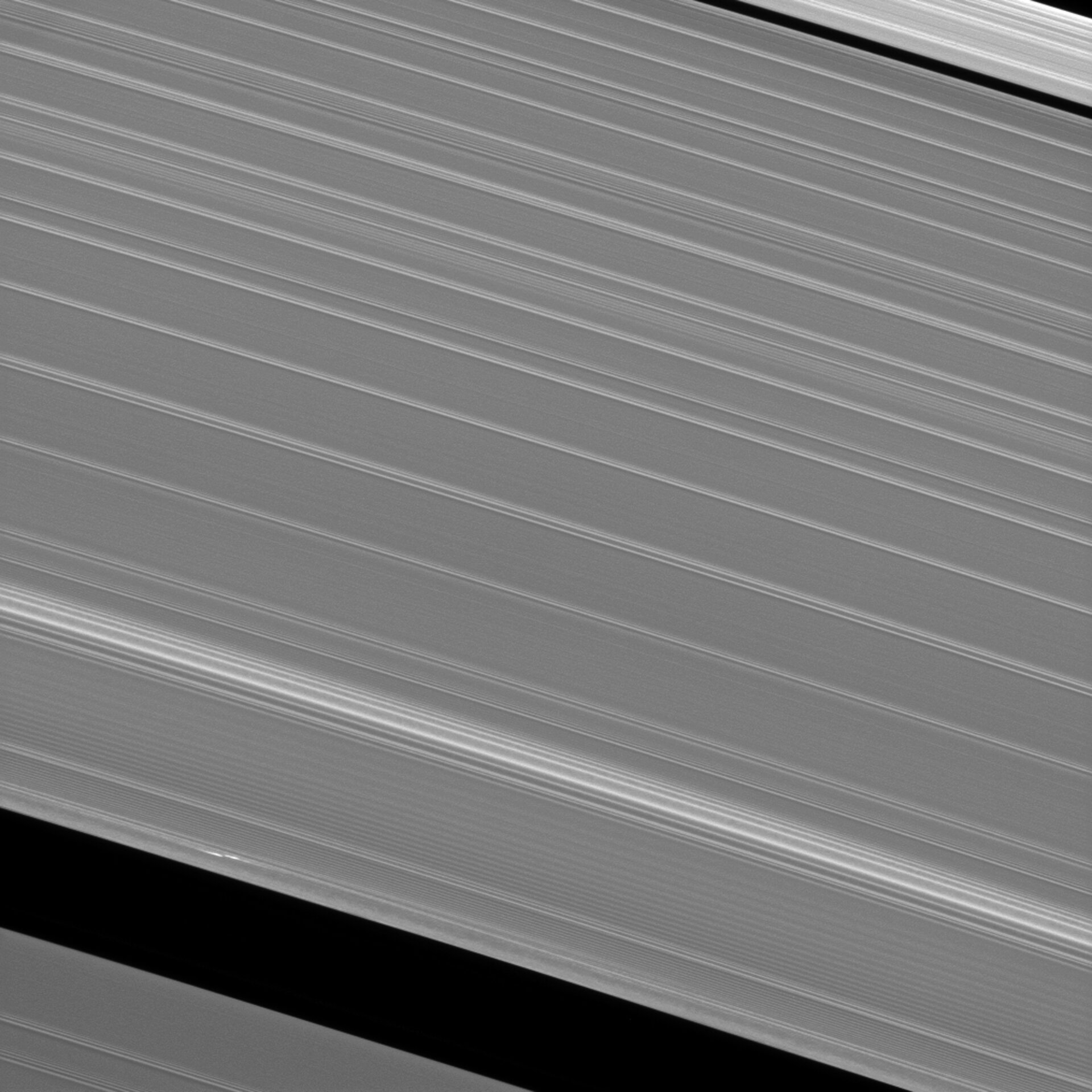 A feature called a propeller can be seen in the lower left of this image, and has been dubbed “Earhart” by Cassini scientists.

Scientists hope to understand how the bodies which generate the features – themselves too small to be seen, yet significantly larger than a typical ring particle – move around the ring over time. It is hoped that these features may provide insights about how forming planets move around their solar systems.

This view looks toward the sunlit side of the rings from about 48 degrees above the ringplane and was acquired at a distance of approximately 400,000 kilometres from Saturn. The image was taken in visible light with the Cassini spacecraft narrow-angle camera on May 11, 2013 and added to the Cassini image gallery on 19 August 2013. Image scale is 2 kilometres per pixel.