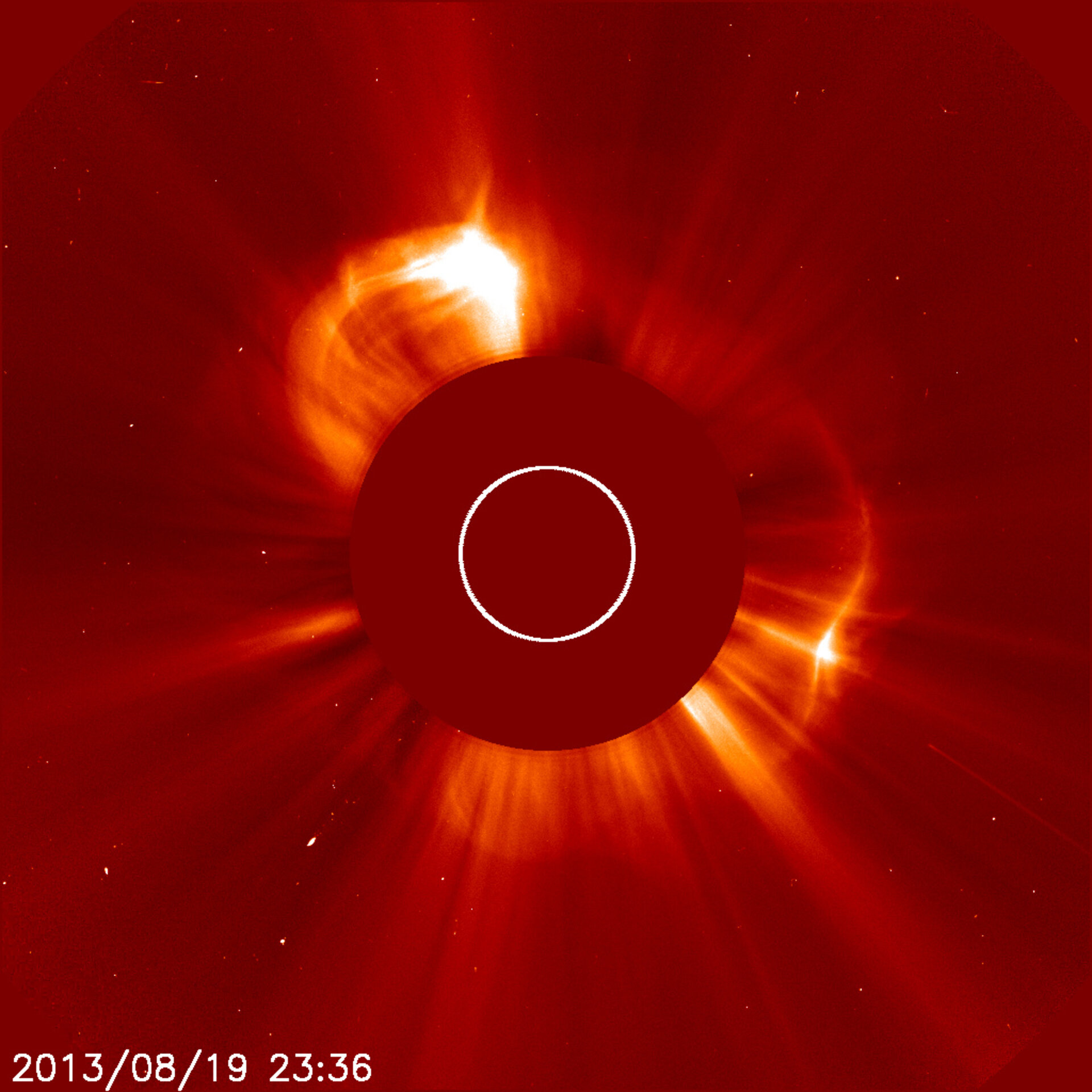 A comet, streaking into the image from the bottom right, appears to be headed for an encounter with a coronal mass ejection (CME) launched from the Sun. In fact, the comet is in the foreground with the CME occurring on the farside of the Sun. The comet, probably just a few tens of metres wide, was vaporised on its approach to the Sun, and did not survive the flyby.

The image was captured by the ESA/NASA SOHO space telescope on 19 August, 2013. The white circle shows the size and position of the visible Sun. The shaded disc is a mask in SOHO’s LASCO instrument that blots out direct sunlight to allow study of the faint details in the Sun's corona.