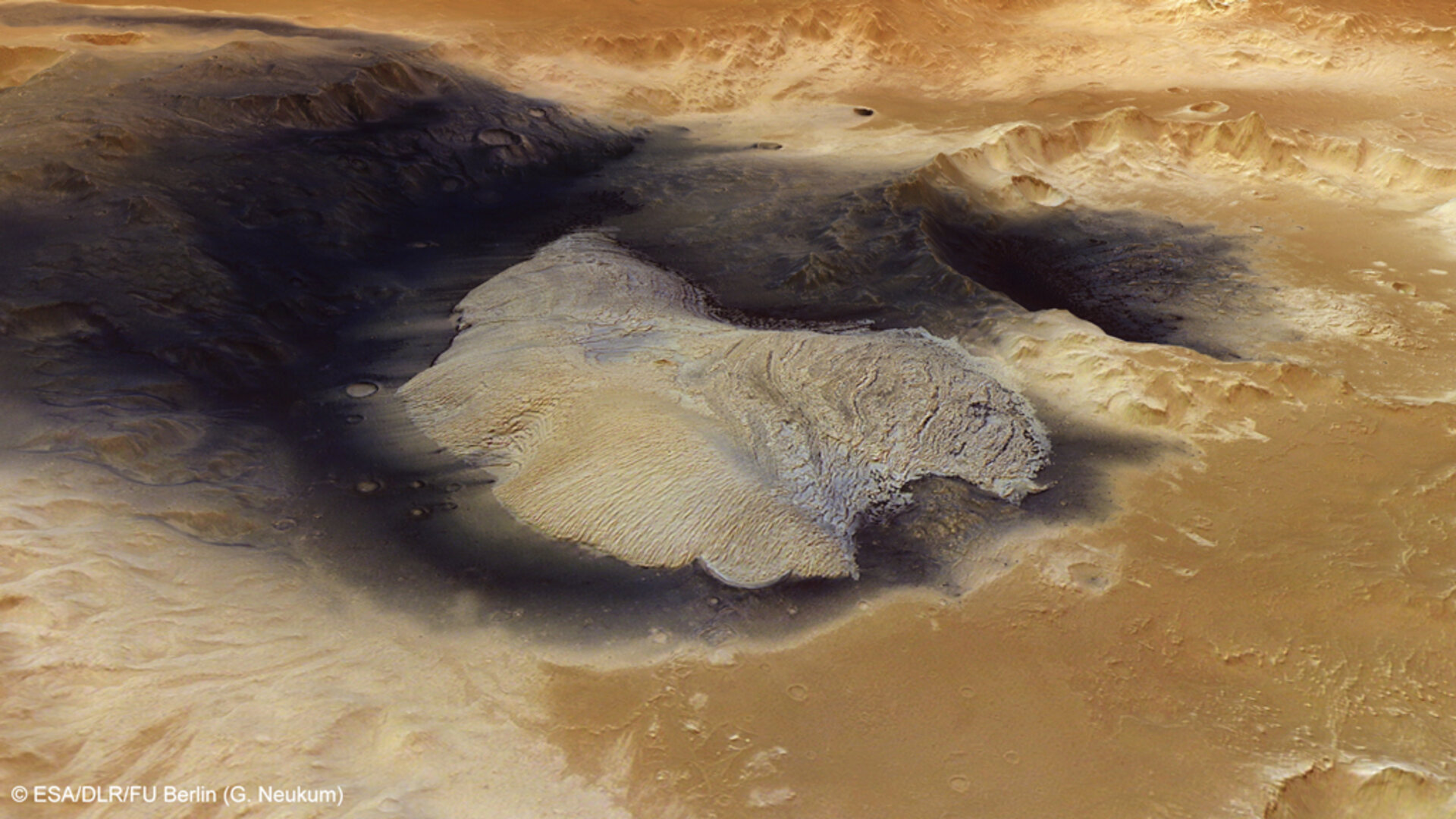 This detailed view of the approximately 1 km high mound inside Becquerel crater reveals its intricate layering. The layers are just a few metres thick each and are composed of sulphate-bearing minerals left behind after water has evaporated. Repeating patterns in the layers could reflect climatic changes that occurred as Mars evolved from a warm, wet world into a cold, dry planet some 3.5–3.8 billion years ago. The dark sediments were likely blown in from outside the crater, but local erosion of the mound may also have contributed to the supply of sediment.