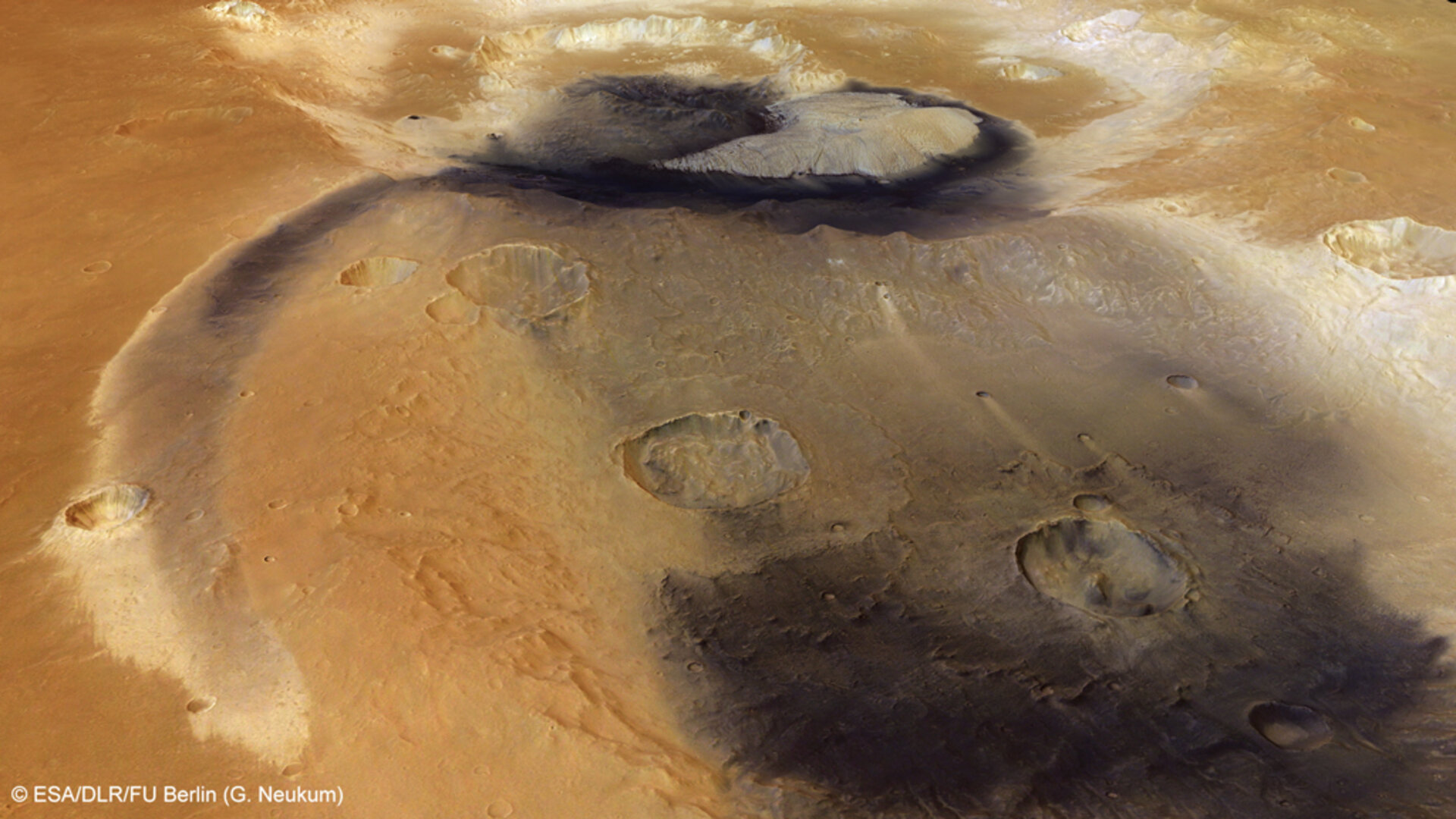 Prominent patches of wind-blown dust, possibly mixed with volcanic ash, radiate from Becquerel crater and into a neighbouring crater. The streak of dust following a radial path likely traces out a gentle topographic depression, beyond the eroded rim of the neighbouring old crater.

The prevailing wind direction is towards the bottom right of the image in this orientation, in the direction of the tail-like features emanating from the tiny craters.  Although small, the crater rims influence wind flow over the crater such that the material immediately downwind of the crater remains undisturbed in comparison to the surrounding plains.