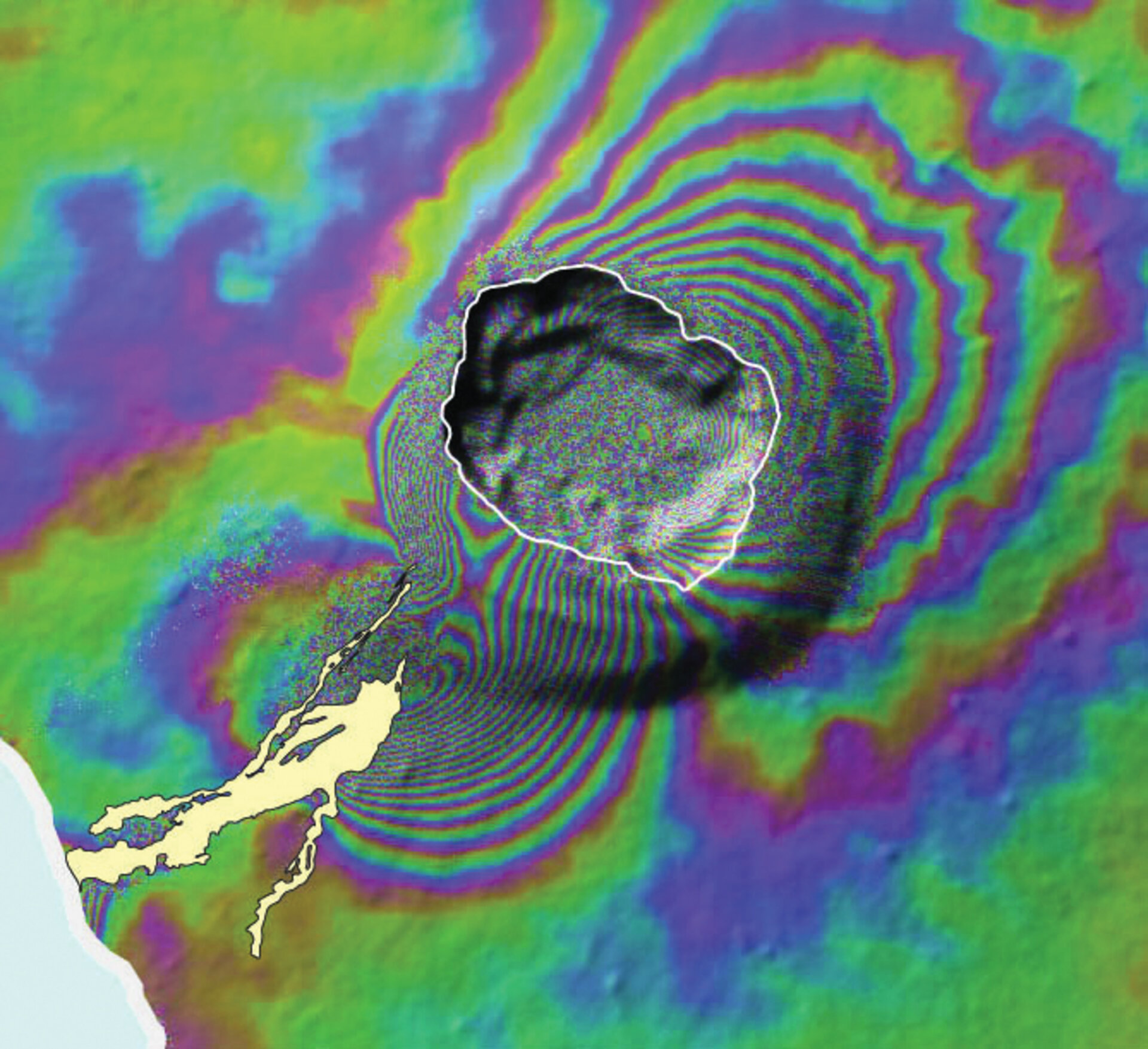 ESA's Envisat satellite shows ground deformation around a volcano on Fernandina island in the Galápagos islands, following the eruption in April 2009. The caldera is outlined in white, and the lava flow produced by the eruption is also in white, stretching to the coast.

Interferometric Synthetic Aperture Radar – or InSAR – is a technique where two or more satellite radar images over the same scene are combined to detect slight changes between them. Tiny changes on the ground cause changes in the radar signal and lead to rainbow-coloured patterns in the combined image.