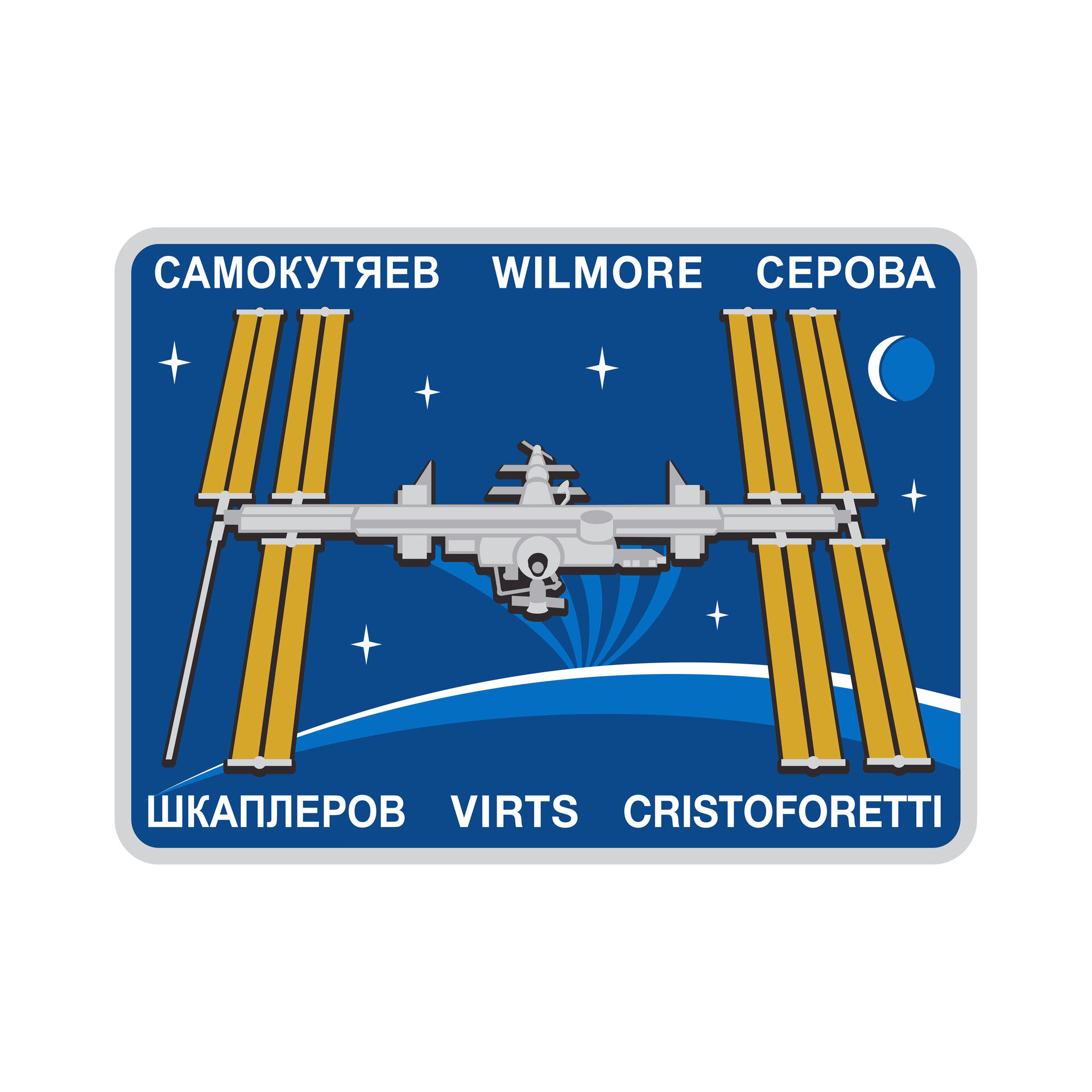 ESA astronaut Samantha Cristoforetti (IT) is assigned to fly on the Soyuz TMA-15M spacecraft to the International Space Station, scheduled for November 2014 and as part of Expedition 42/43. Expedition 42 begins with the scheduled undocking of Soyuz TMA-13M in November 2014. Three new Soyuz TMA-15M crew members, Samantha, cosmonaut Anton Shkaplerov and NASA astronaut Terry Virts, will be launched shortly after. They join cosmonauts Alexandr Samokutyayev and Yelena Serova, and NASA astronaut Barry Wilmore, who will be already on the Station.

The rectangular-shaped design portrays the International Space Station orbiting planet Earth with its solar array wings spread wide. Facing the Sun with the lower left outboard solar array feathered, the left array portrays a prominent number '4' and the fully deployed arrays on the right form the Roman numeral version of '2', which signifies the two increment crews which, together, comprise the six-member international Expedition 42 crew. The crew and all supporting personnel around the world are also represented by the six stars adorning the sky around the complex.