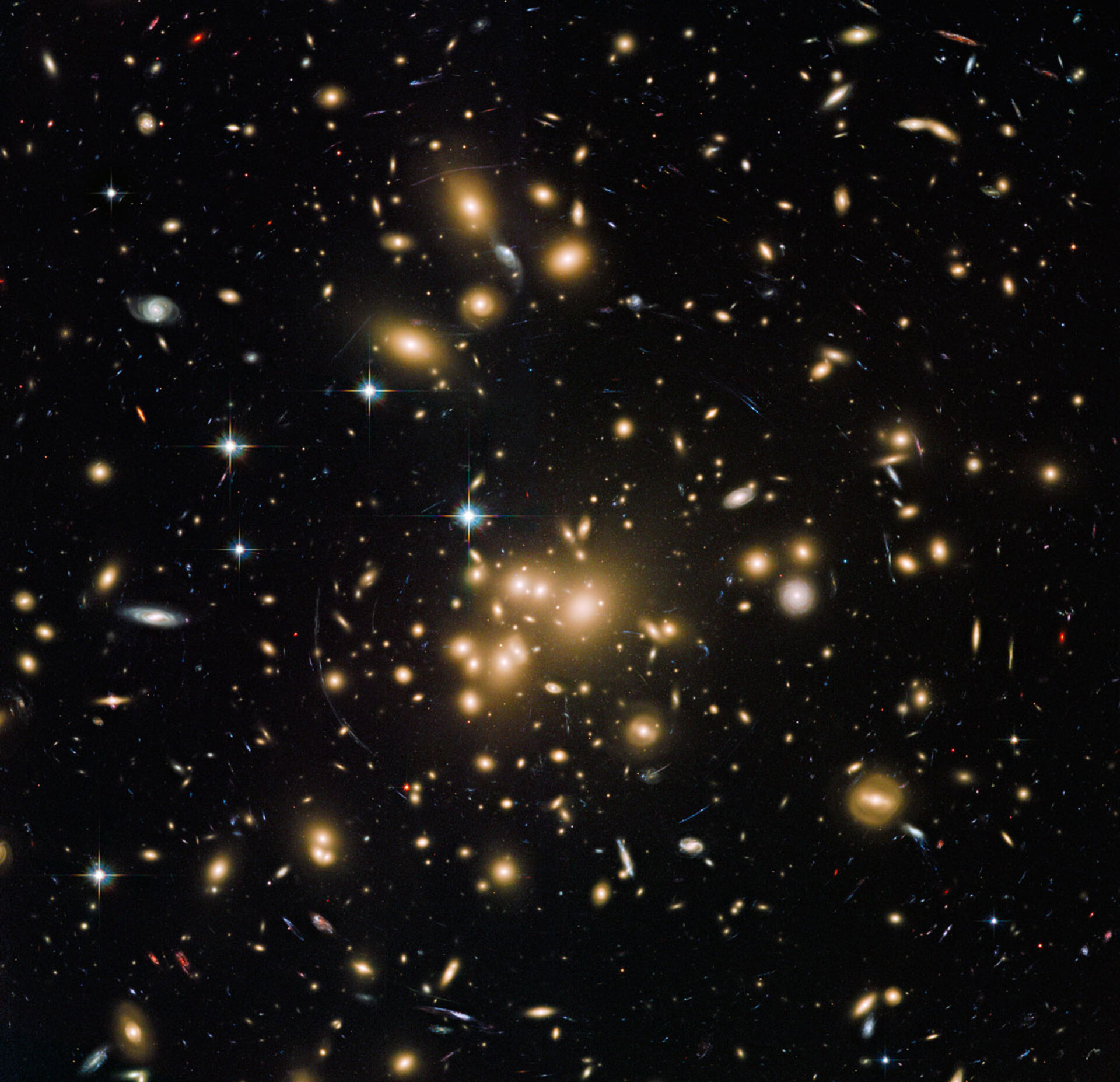 This new image from Hubble is one of the best ever views of the massive galaxy cluster Abell 1689, and shows the phenomenon of gravitational lensing with unprecedented clarity. This cluster acts like a cosmic lens, magnifying the light from objects lying behind it and making it possible for astronomers to explore incredibly distant regions of space. As well as being packed with galaxies, Abell 1689 has been found to host a huge population of globular clusters.

Hubble previously observed this cluster back in 2002. However, this new image combines visible and infrared data from Hubble’s Advanced Camera for Surveys (ACS) to reveal this patch of sky in greater detail than ever before, with a combined total exposure time of over 34 hours.

This is not the first time that this trusty magnifying glass has helped astronomer detectives try to solve clues about the Universe. In 2010, astronomers were able to investigate the elusive phenomena of dark matter and dark energy by mapping the composition of Abell 1689 (opo1037a, heic1014). Its powers as a zoom lens also enabled Hubble to identify a galaxy dubbed A1689-zD1 in 2008, one of the youngest and brightest galaxies ever seen at the time (heic0805).

This image is peppered with glowing golden clumps, bright stars, and distant, ethereal spiral galaxies. Material from some of these galaxies is being stripped away, giving the impression that the galaxy is dripping into the surrounding space. Also visible are a number of electric blue streaks, circling and arcing around the fuzzy galaxies in the centre.

These streaks are the tell-tale signs of a cosmic phenomenon known as gravitational lensing. Abell 1689 is so massive that it actually bends and warps the space around it, affecting how light from objects behind the cluster travels through space. These streaks are actually the distorted forms of galaxies that lie behind Abell 1689.

Other galaxy clusters like Abell 1689 will be observed by Hubble during the upcoming Frontier Fields programme, which will exploit the magnifying powers of massive gravitational lenses to see even further into the distant Universe.