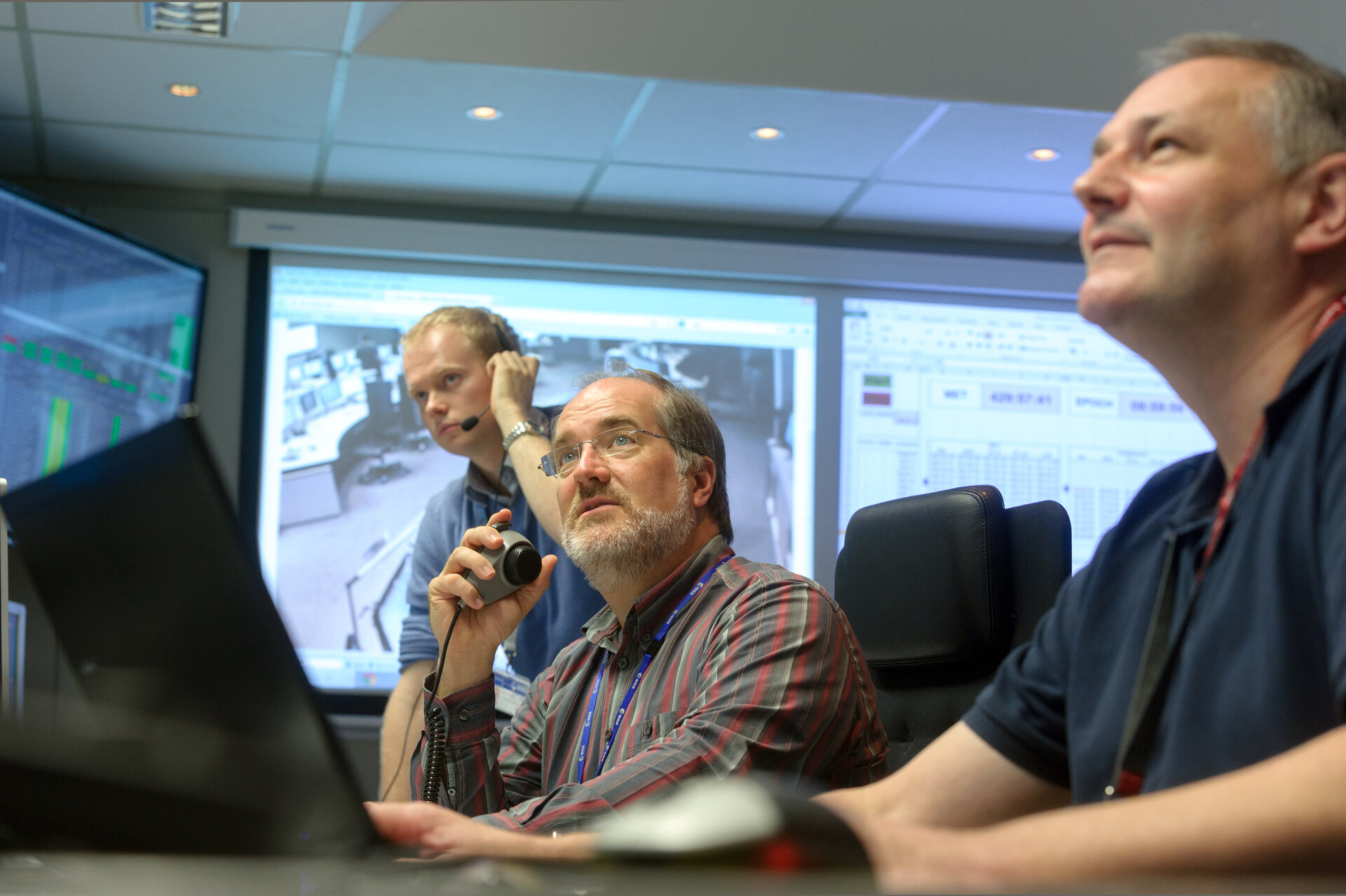 For months, the 60-plus engineers of the Gaia control team have been intensively simulating every aspect of the spacecraft’s initial journey to the L2 Lagrange point, 1.5 million km from Earth.

The training – often running through a full 12-hour shift – is conducted ‘on console’ in the Main Control Room at ESOC, ESA’s Operations Centre in Darmstadt, Germany.

In a ‘Sim’, engineers use the actual mission control system to operate and fly a faithful software replication of the real Gaia that responds to their commands just as the real one will.

“While it may appear like a big video game, the training is far more complex and demanding and meant to be so,” says ESA’s Michael Gabel, responsible for training at ESOC. “We ensure that the teams can react quickly to any contingency.”

The training is overseen by a little-known team of ESA and industry specialists who work in an access-limited ‘Sim Room’ underneath the main room.

The trainers inject a carefully staged series of faults, errors and failures into the spacecraft or into the software and systems used to fly it.

Upstairs, under the watchful eye of the senior Flight Director, the controllers sitting on console must recognise and assess the problem and apply the correct contingency procedure.

Earlier in the campaign, the faults were simpler in nature. “But today, closer to actual launch, we’re simulating Gaia’s arrival at the L2 orbital position,” says Joe Bush, from Telespazio Vega Deutschland and responsible for Gaia simulations.

“Just like ‘LEOP’ – the Launch and Early Orbit Phase – this is one of the most critical phases of the mission and demands a complex series of manoeuvres. We’re injecting multiple, complex faults; we really try to stress the control team to see if they know their stuff. And the solutions require them to work together as a team.”

LEOP includes separation from the launcher, deployment of the solar panels and acquisition of first signals from the satellite.

“If something’s going to go wrong in a mission, one of the likely times is during LEOP, or during a manoeuvre like arrival at L2, where the impact can be more critical. Our job is to ensure the mission controllers are ready for anything,” says Michael.