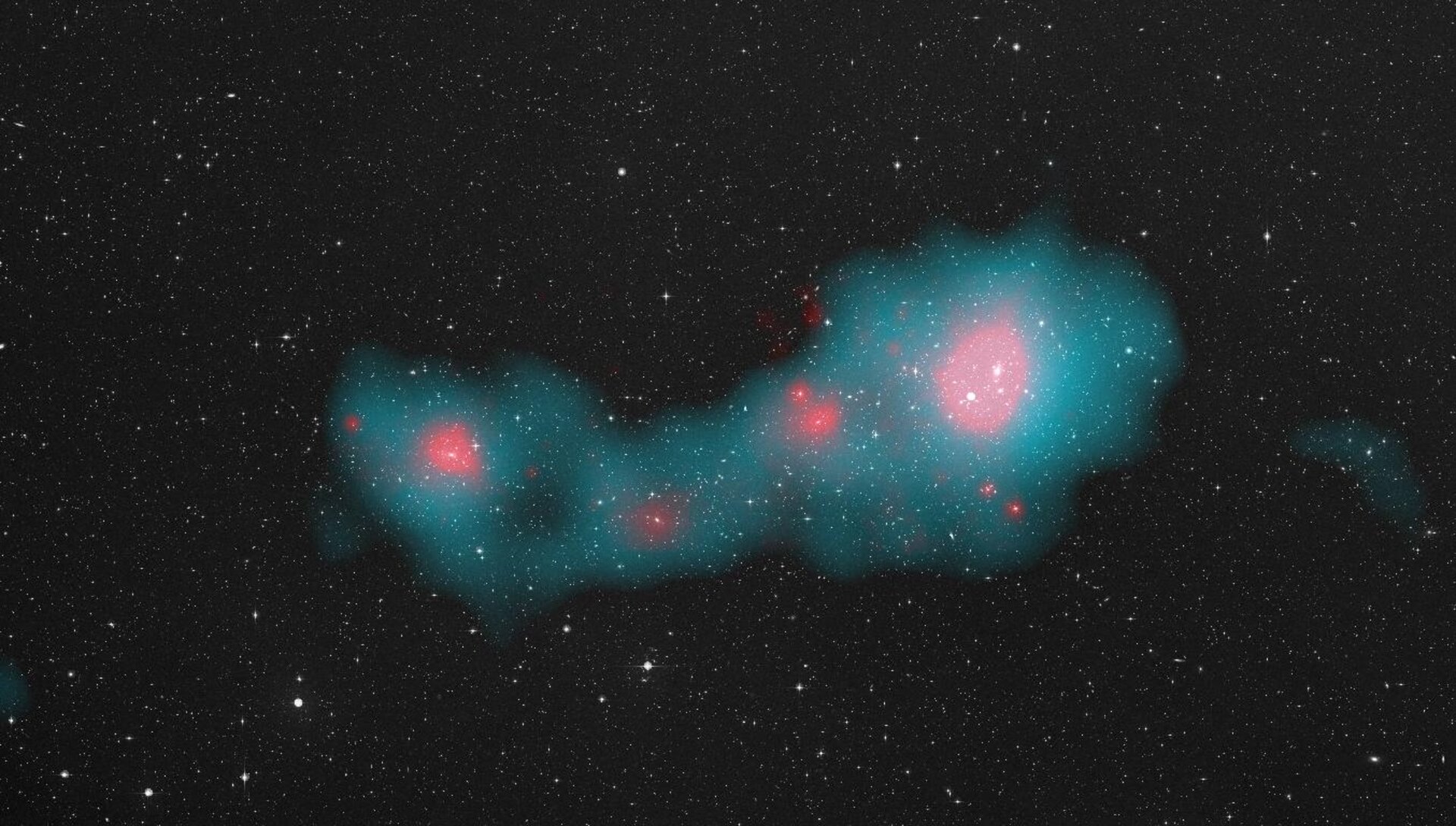 While scanning the sky for the oldest cosmic light, ESA’s Planck satellite has captured snapshots of some of the largest objects populating the Universe today: galaxy clusters and superclusters.

Several hundred galaxies and the huge amounts of gas that permeate them are depicted in this view of the core of the Shapley Supercluster, the largest cosmic structure in the local Universe.

The supercluster was discovered in the 1930s by American astronomer Harlow Shapley, as a remarkable concentration of galaxies in the Centaurus constellation.

Boasting more than 8000 galaxies and with a total mass more than ten million billion times the mass of the Sun, it is the most massive structure within a distance of about a billion light-years from our Milky Way Galaxy.

The hot gas pervading galaxy clusters shines brightly in X-rays, but it is also visible at microwave wavelengths, which Planck sees as a distinctive signature in the Cosmic Microwave Background – the afterglow of the Big Bang.

Looking for this signature – called the Sunyaev–Zel’dovich effect – Planck has already spotted more than 1000 galaxy clusters, including several superclusters and pairs of interacting clusters.

This composite image of the core of the Shapley Supercluster combines the gas detected with Planck at large scales between the members of the supercluster (shown in blue) with that detected in X-rays within the galaxy clusters of Shapley using the Rosat satellite (pink), as well as a view of its rich population of galaxies as observed at visible wavelengths in the Digitised Sky Survey.

The largest pink blobs of X-rays identify the two galaxy clusters Abell 3558 on the right and Abell 3562 on the left, as well as a couple of smaller groups between them.

The image measures 3.2 x 1.8 square degrees and shows the central portion of the Shapley Supercluster. It was produced by reconstructing the Sunyaev–Zel’dovich effect from the Planck frequency maps, and was first published in a Planck Collaboration paper in March 2013.