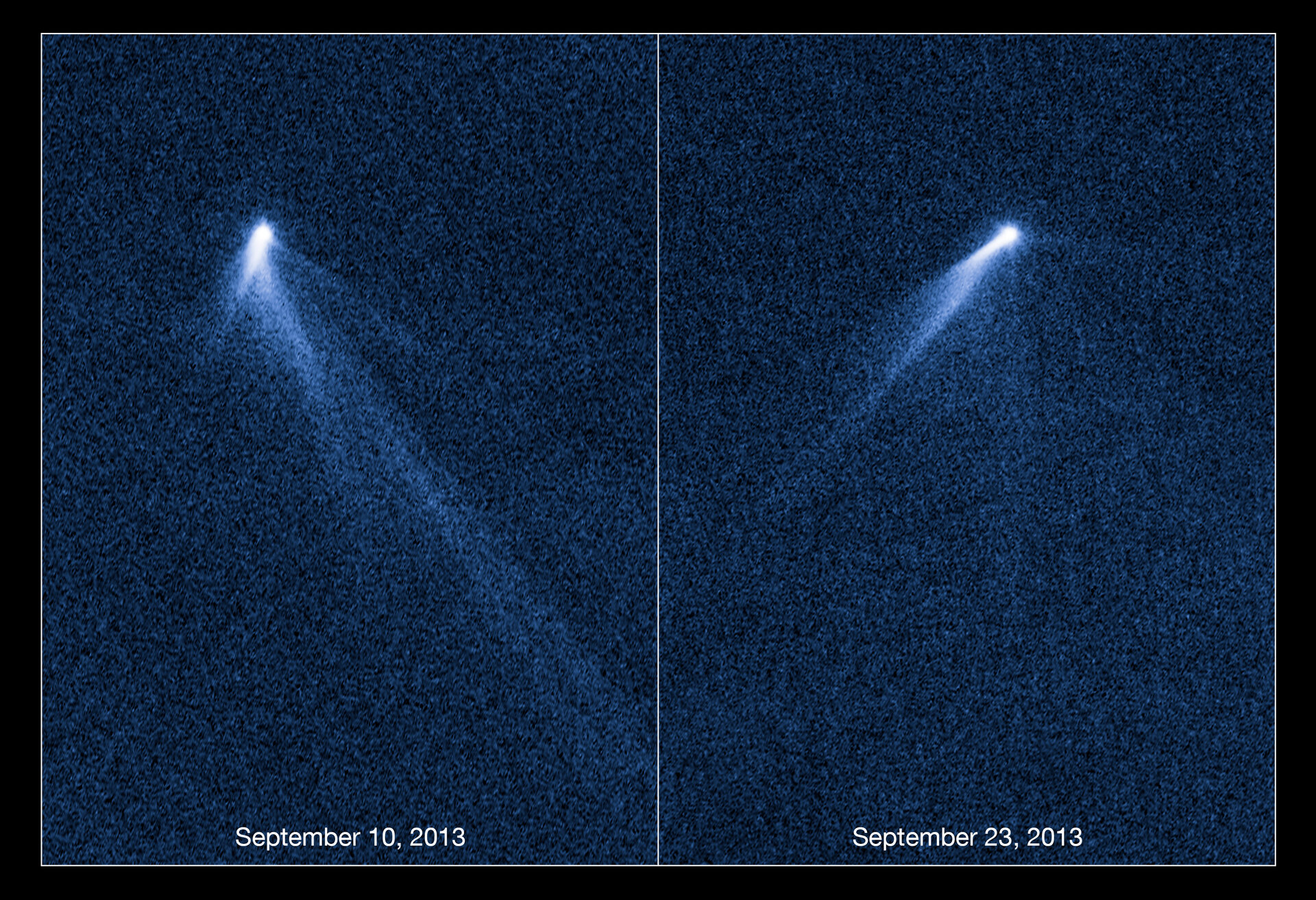 This NASA/ESA Hubble Space Telescope image reveals a never-before seen set of six comet-like tails radiating from a body in the asteroid belt.

Now designated P/2013 P5, the asteroid was discovered as an unusually fuzzy-looking object by astronomers using the Pan-STARRS survey telescope in Hawaii. The multiple tails were discovered in Hubble images taken on 10 September 2013.

When Hubble returned to the asteroid on 23 September its appearance had totally changed – it looked as if the entire structure had swung around.

One interpretation is that the asteroid’s spin has increased to the point where dust is being flung off the surface and escaping into space, where it is swept out into tails by the pressure of sunlight.

According to this theory, the asteroid’s rotation has been accelerated by the gentle push of sunlight. The tail’s structure suggests the object has been throwing off dust for at least five months.

These visible-light images were taken with Hubble’s Wide Field Camera 3. The asteroid is seen on the left as viewed on 10 September, and on the right as seen on 23 September.