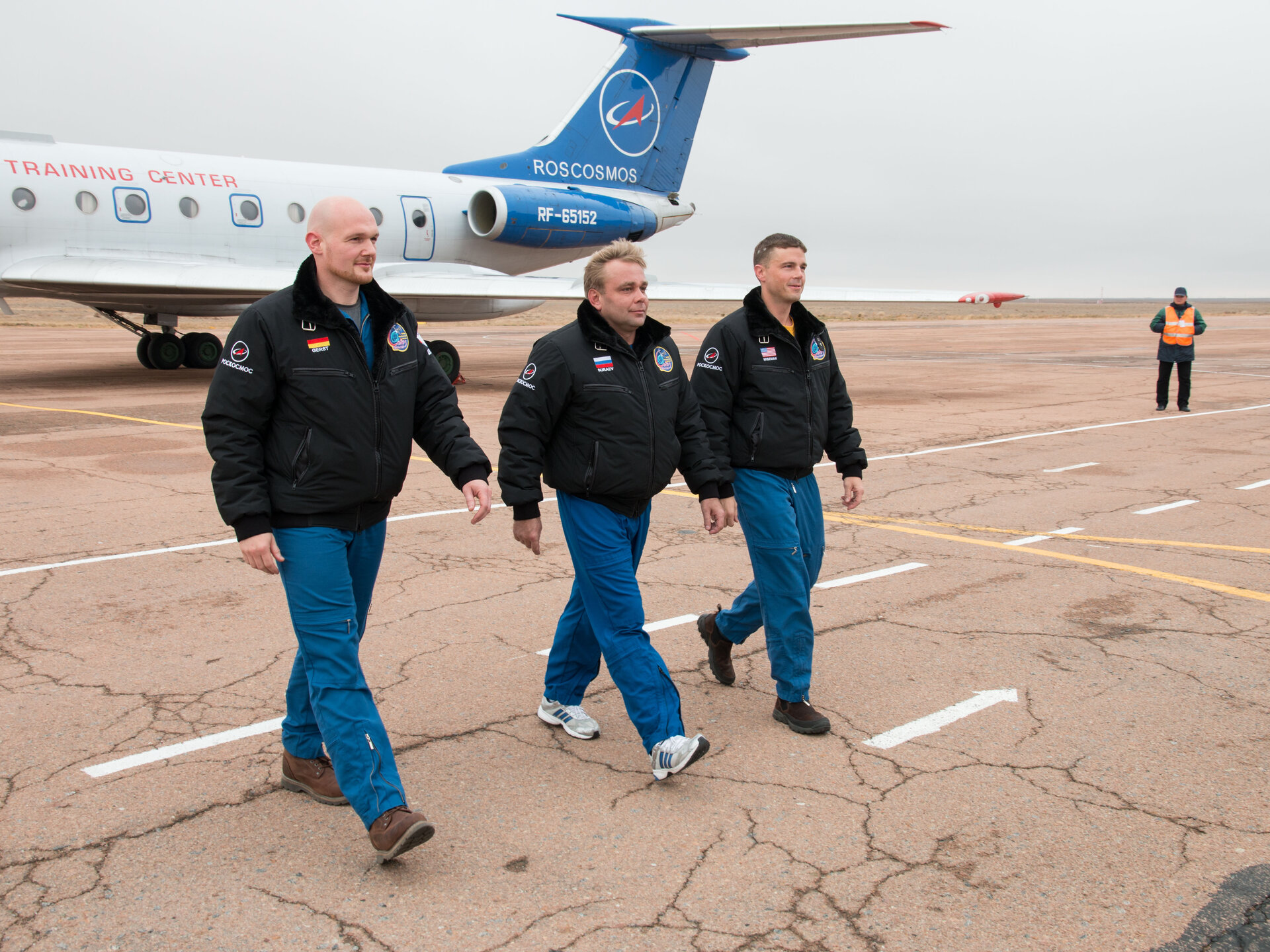 Expedition 38/39 crew arrives at the Baikonur airport in Kazakhstan 26 October 2013 after flying from their training base at the Gagarin Cosmonaut Training Centre in Star City, Russia.

Alexander, Maxim and Reid then became the prime crew for Expedition 40/41, set for its own mission to the Space Station in May 2014.