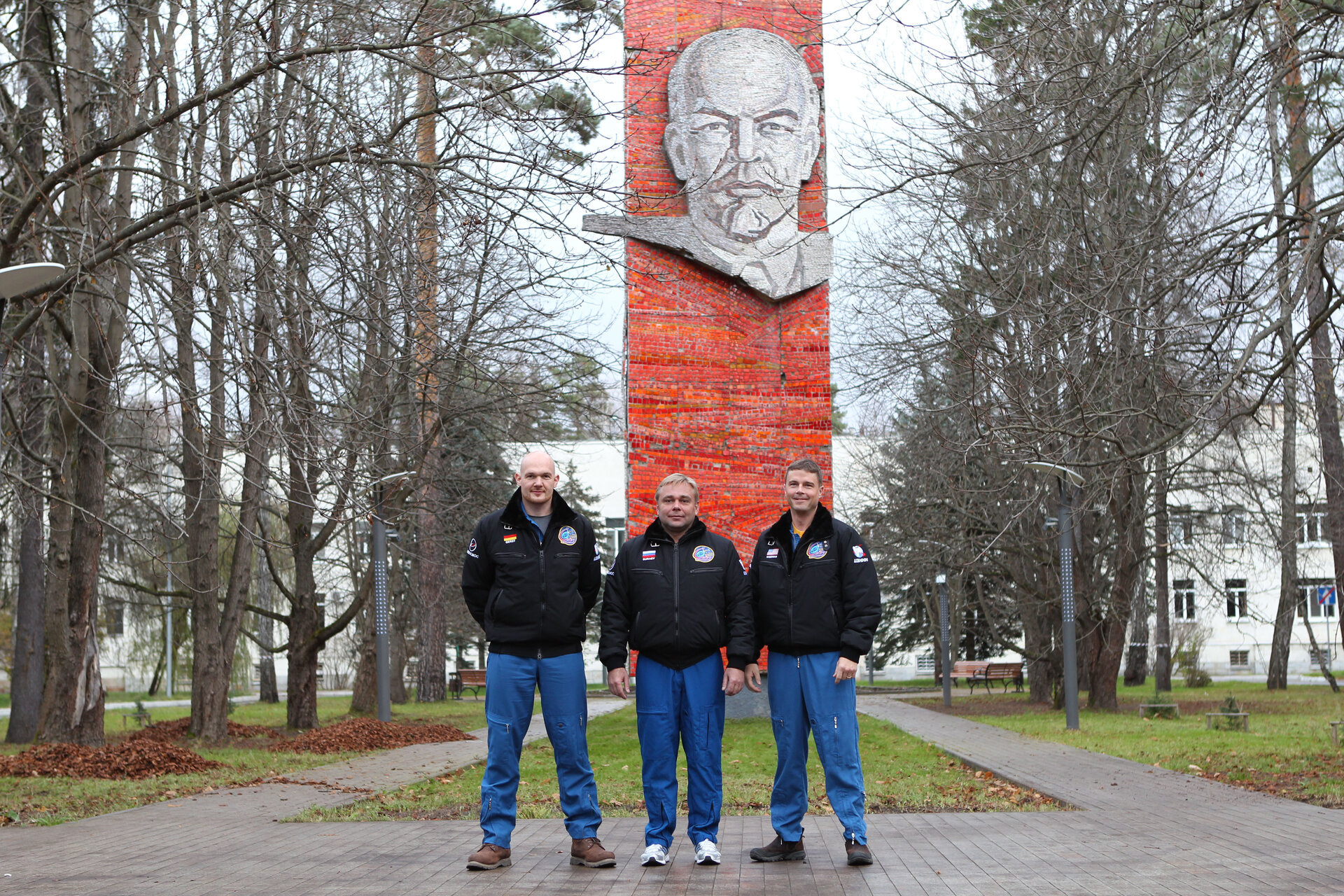 With the statue of Vladimir Lenin serving as a backdrop, the Expedition 38 backup crew members pose for pictures 26 October 2013, at the Gagarin Cosmonaut Training Center in Star City, Russia.

From left to right are Alexander Gerst of the European Space Agency, Russian cosmonaut Max Suraev and Reid Wiseman of NASA. After the photo opportunity, the crew members flew to the Baikonur Cosmodrome in Kazakhstan for final preparations for the launch of the prime crew, Soyuz commander Mikhail Tyurin, Flight Engineer Koichi Wakata of the Japan Aerospace Exploration Agency and Flight Engineer Rick Mastracchio of NASA, 7November, 2013, Kazakh time, in the Soyuz TMA-11M spacecraft to begin a six-month mission on the International Space Station.