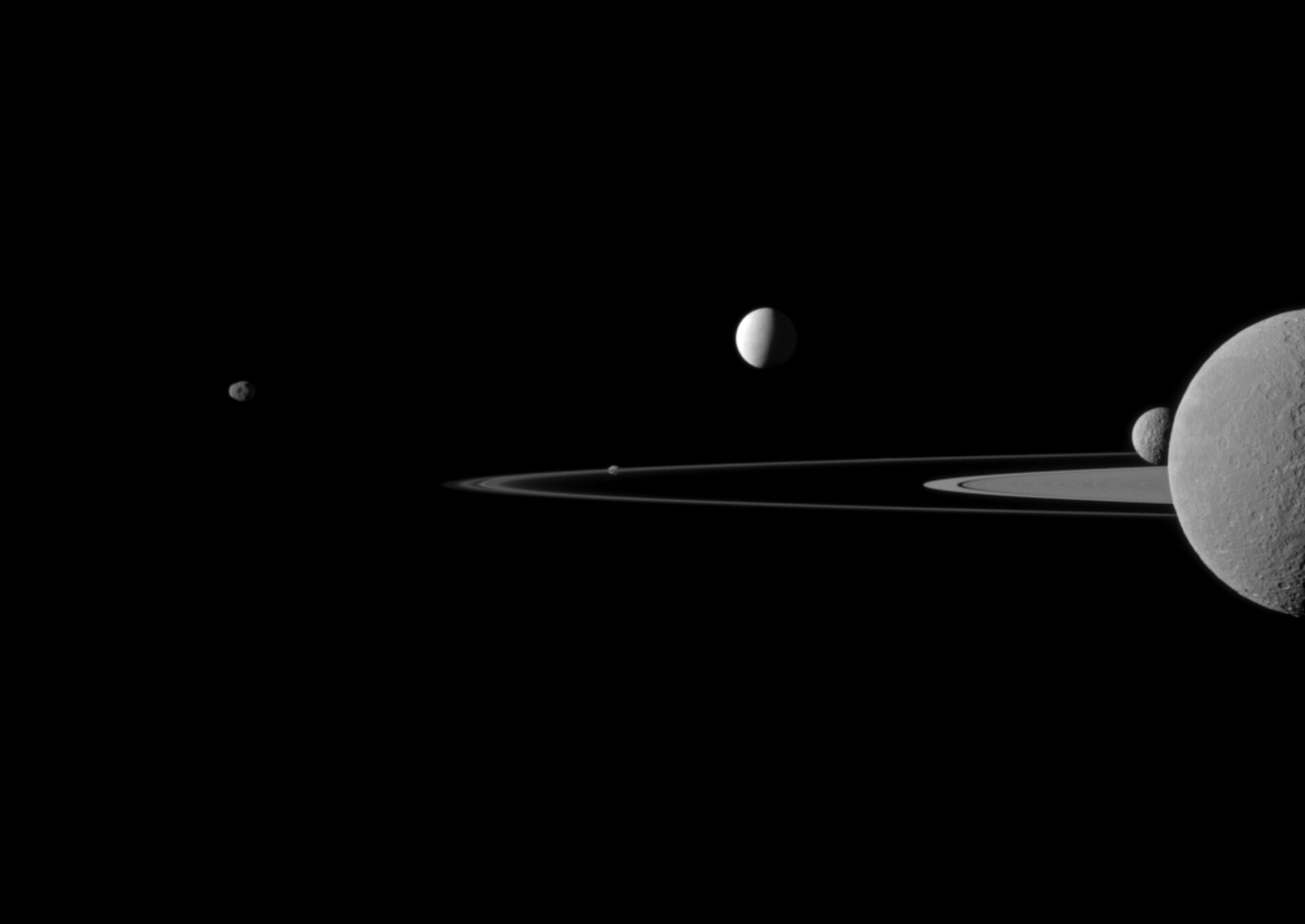 Five moons pose for the international Cassini spacecraft to create this beautiful portrait with Saturn’s rings.

This view, from 29 July 2011, looks toward the northern, sunlit side of the rings from just above the ringplane.

At the far right, and obscuring Saturn itself, is the planet’s second largest moon Rhea, which spans 1528 km. Rhea is closest to Cassini in this composition, at a distance of 1.1 million kilometres. Its heavily cratered surface bears witness to a violent history, with many craters overlapping or erasing the traces of older impact events.

The nearly 400 km-wide Mimas lies just beyond, and seemingly levitates just above Saturn’s innermost rings. The outline of the moon’s large, distinguishing crater Herschel is partially covered by Rhea, but can just be made out along with numerous smaller craters.

Brightly reflective Enceladus appears above the centre of the image and lies beyond the rings, at a distance of 1.8 million kilometres from Cassini. Although not visible in this image, icy Enceladus is covered with a network of frozen ridges and troughs, with plumes of ice particles jetting from fissures in its southern hemisphere.

To the lower left, tiny Pandora, just 81 km across, appears skewered by Saturn’s outer rings – in fact, it orbits between the planet’s A and F rings.

Last but not least, the irregularly shaped Janus lies at the far left of the image, several shadowy surface markings corresponding to large impact craters.

The Cassini–Huygens mission is a cooperative project of NASA, ESA and ASI, the Italian space agency. NASA’s Jet Propulsion Laboratory, a division of the California Institute of Technology in Pasadena, manages the mission for NASA’s Science Mission Directorate, Washington DC, USA.