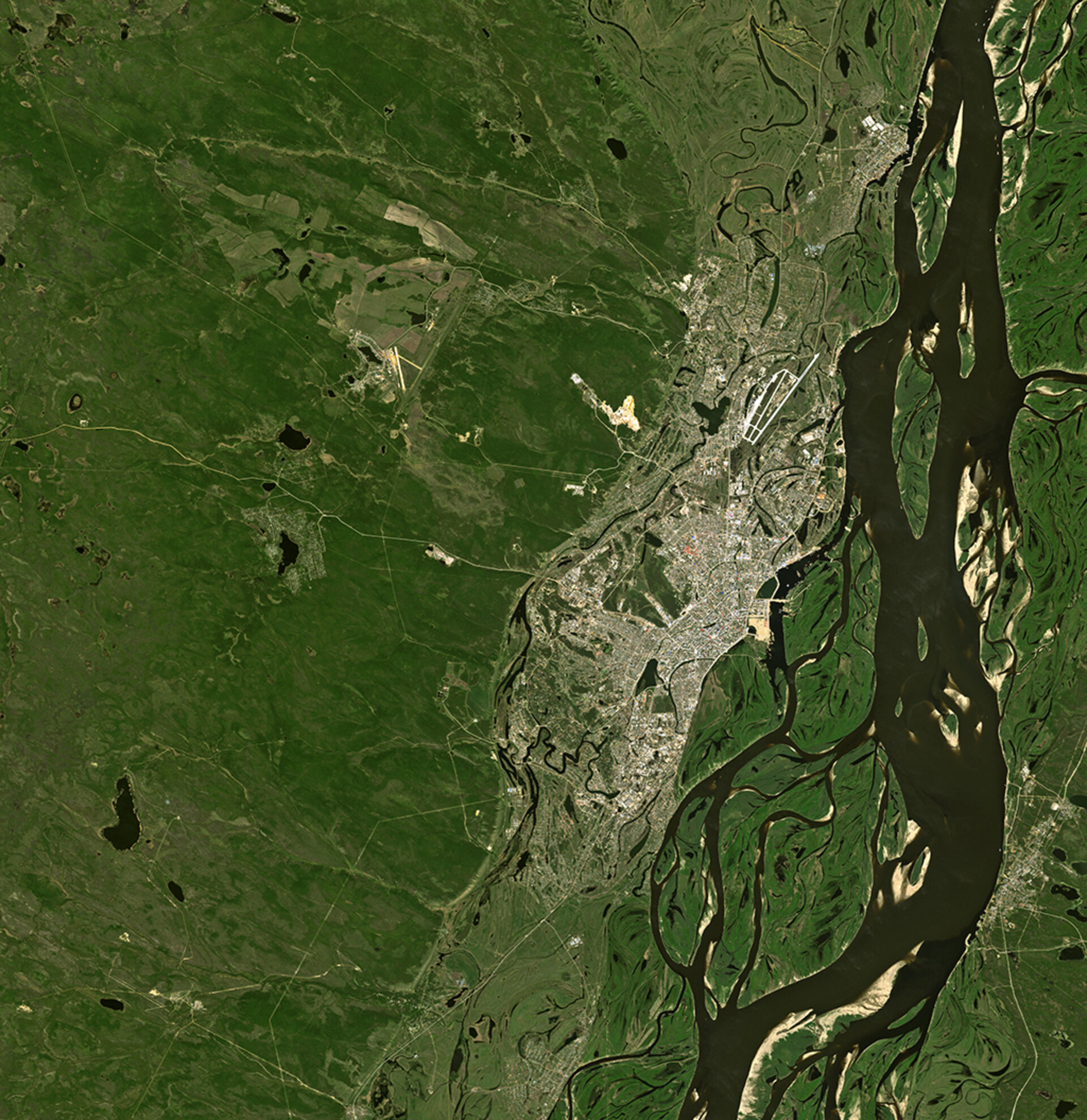 This week’s image was captured over the Sakha Republic in eastern Russia.

Sakha is covered by permafrost, where the soil is at or below freezing throughout the year.  Because of this, roads are made of clay instead of asphalt to avoid cracking with the thawing and freezing. During heavy summer rains, these roads often turn to mud, making road travel difficult.

Along the right side of the image, the Lena River runs its course in multiple channels, in what is called a ‘braided river’. Flowing north, the over 4400 km-long river begins in the Baikal Mountains and empties into the Arctic Laptev Sea.

At the centre of the image is the city of Yakutsk, a major port on the Lena River. As the city and capital of the Sakha Republic, its economy relies heavily on mineral exploitation, including diamond mining.

The large white lines of the Yakutsk Airport runways can be seen north of the city centre, and ports line the riverbanks. Fields and green, forested land extend to the west.

Yakutsk is also known as one of the world’s coldest cities, with average January high temperatures of about –35ºC.  In July, average daily temperatures are about 20ºC.

Japan’s ALOS satellite captured this image on 16 June 2010 with its Advanced Visible and Near Infrared Radiometer, designed to chart land cover and vegetation in visible and near-infrared spectral bands, at a ground resolution of 10 m.