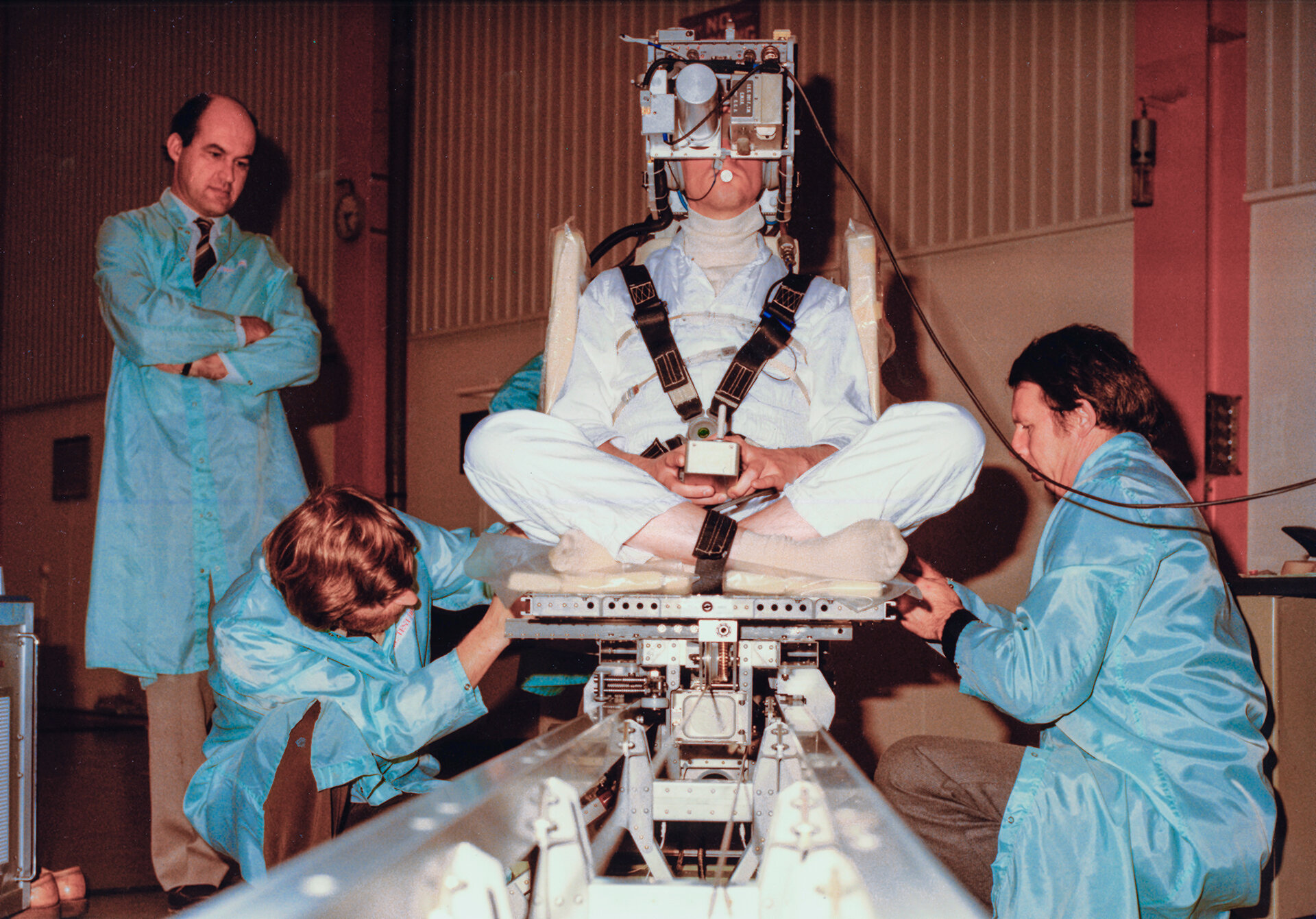 A test subject sitting on Sled, an ESA experiment launched on Spacelab-1 on 28 November 1983. Sled investigated space sickness by monitoring eye movement as the seat moved horizontally and tilted while cold or hot air was blown into the astronaut’s ears.

Spacelab was a European-built reusable space laboratory that flew on the Space Shuttle from 1983 to 1998. Elements of Spacelab design feature in later ESA space hardware such as the Columbus laboratory and the Automated Transfer Vehicles.

Spacelab surveyed the possibilities of weightless research in many scientific areas, paving the way for research on the International Space Station. Spacelab experiments led to space-age metals used in mass-produced smartphones and revealed areas of space research that show promise in treating chronic muscle diseases.