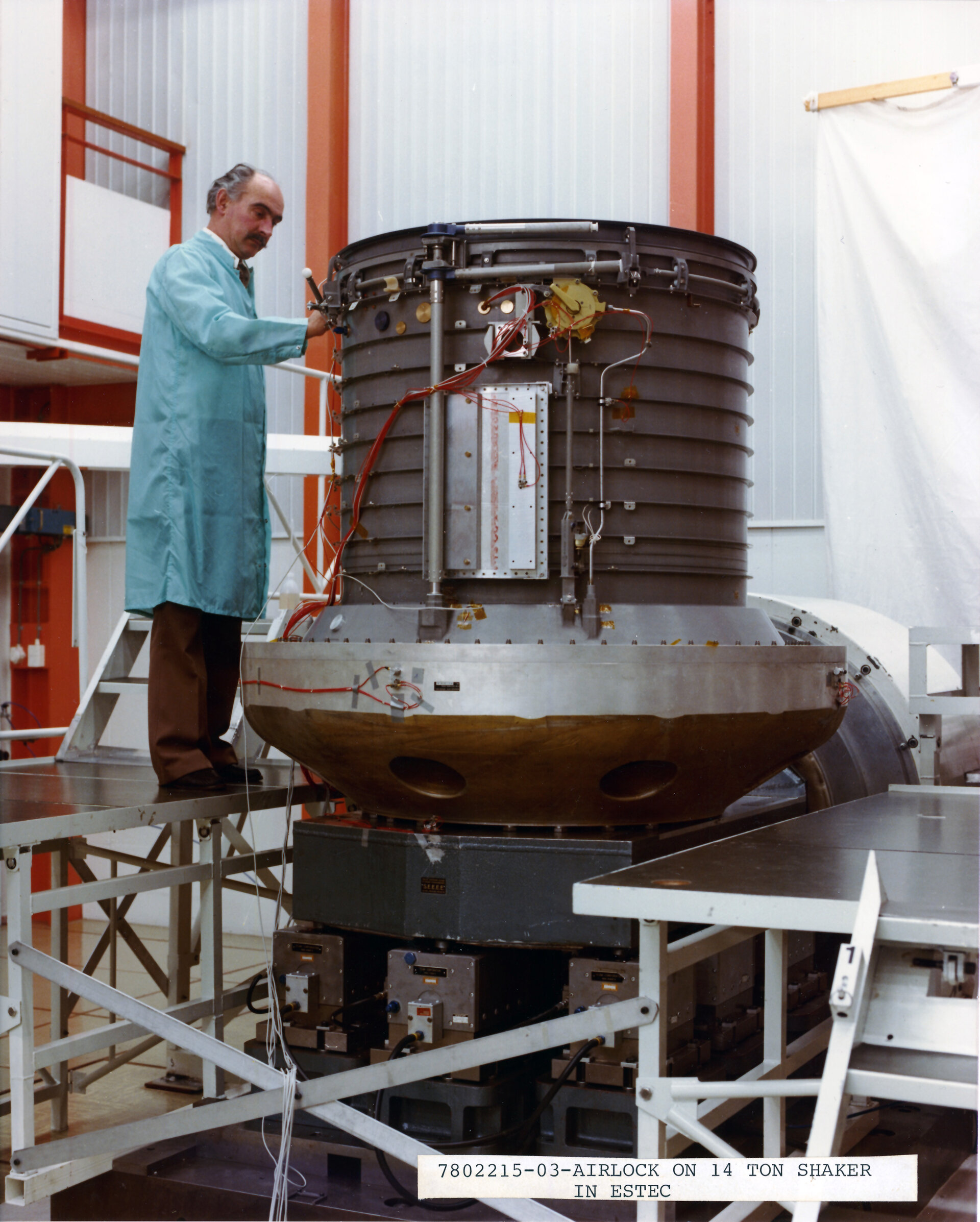 Spacelab airlock tested at ESTEC in 1981

The scientific airlock of ESA's Spacelab being prepared for vibration testing on the 14-tonne shaker at the ESTEC Test Centre in May 1981. Spacelab was a reusable orbital laboratory that turned NASA's Space Shuttle from a space truck into a space-based research platform. Spacelab flew in the cargo bay of NASA's Space Shuttle a total of 22 times, launched for the first time on STS-9 aboard the Columbia Shuttle on 28 November 1983.

Its airlock was mounted on top of the Spacelab module, allowing experiments to be placed simply and safely in the vacuum of space and then retrieved again. It was manufactured by Fokker in the Netherlands (now Dutch Space). Spacelab's prime contractor was ERNO in Germany (now Astrium).

Spacelab was ESA's largest cooperative programme with NASA at the time, and historically significant as the ancestor of Europe's subsequent human spaceflight modules: Columbus on the International Space Station, the Multi-Purpose Logistics Modules and the ATV spacecraft.