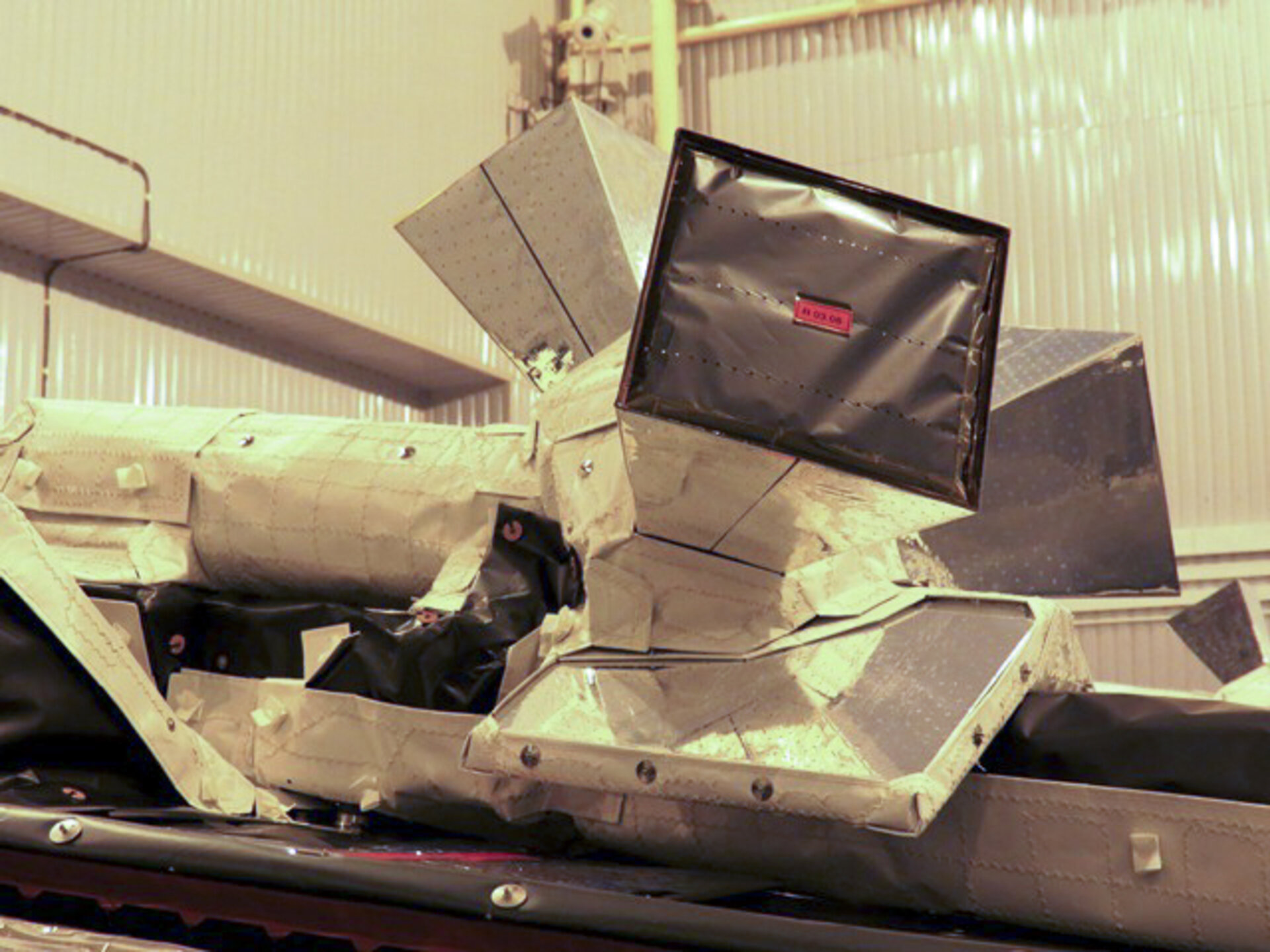 A three-headed startracker on one of ESA’s three Swarm satellites currently being prepared for launch, swathed in insulating material to prevent the temperature extremes in orbit knocking them out of alignment.

Startrackers are commonplace on satellites for navigation and attitude control, but this case they are an integral part of the magnetic mapping mission’s instrument package.

Both instrument and startracker sit on an ultra-stable 'optical bench', maintaining an alignment of a single arcsecond – the diameter of a 10 cent coin seen from 4 km away.

Both were developed for the Swarm mission by the Technical University of Denmark.

For more information on Swarm see ESA's magnetic field mission Swarm, and follow its run-up to launch at http://blogs.esa.int/eolaunches/.