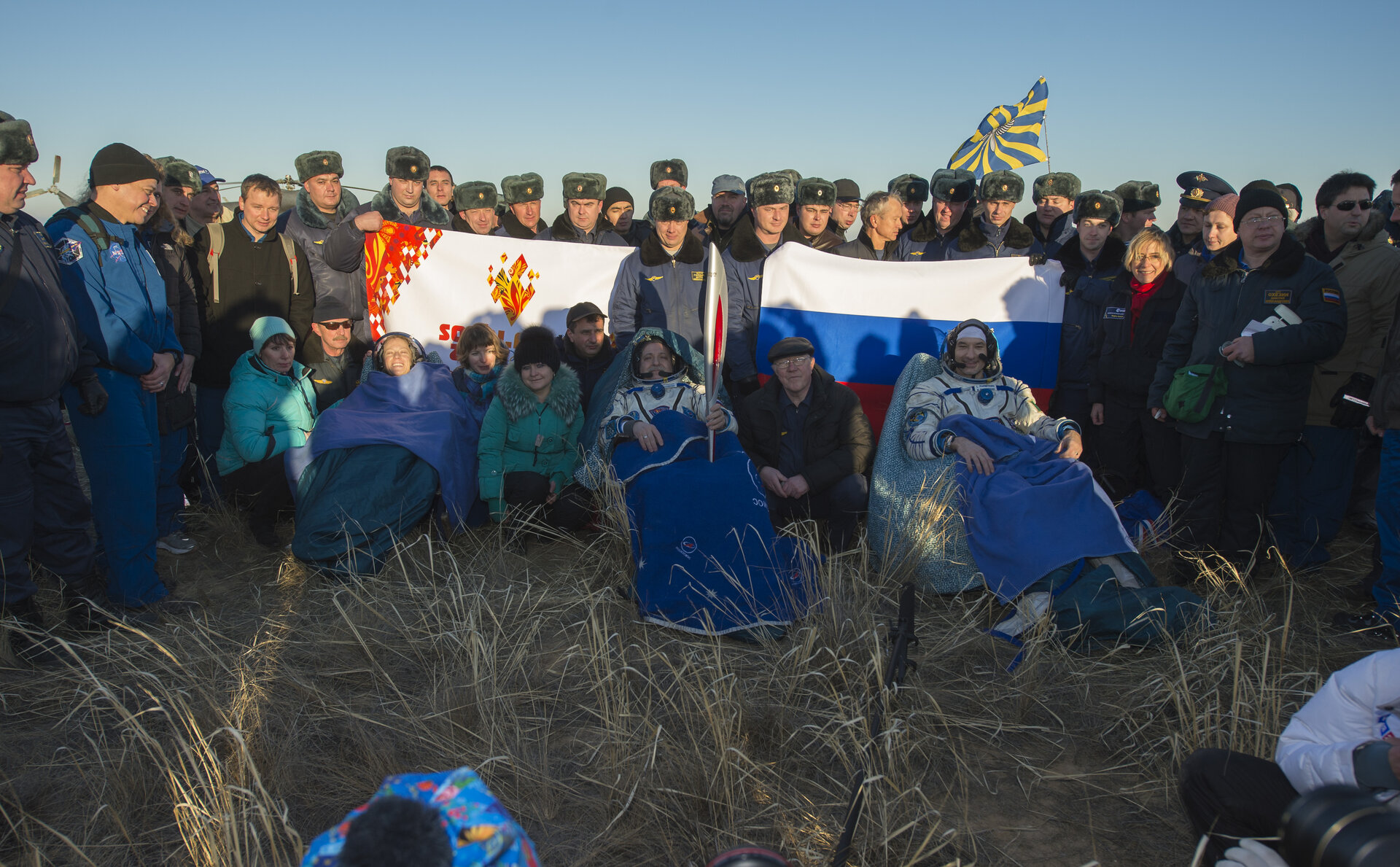 Yurchikhin, Nyberg and Parmitano back on Earth

The Olympic torch was launched with the crew of Expedition 38 to the International Space Station on November 7.  It was passed from one module to the next and had its first spacewalk on November 9 with two Russian cosmonauts as part of its international relay.  Now back on earth it will continue its journey to Sochi, Russia for the 2014 Winter Games.  Yurchikhin, Nyberg and Parmitano returned from five and a half months onboard the International Space Station.