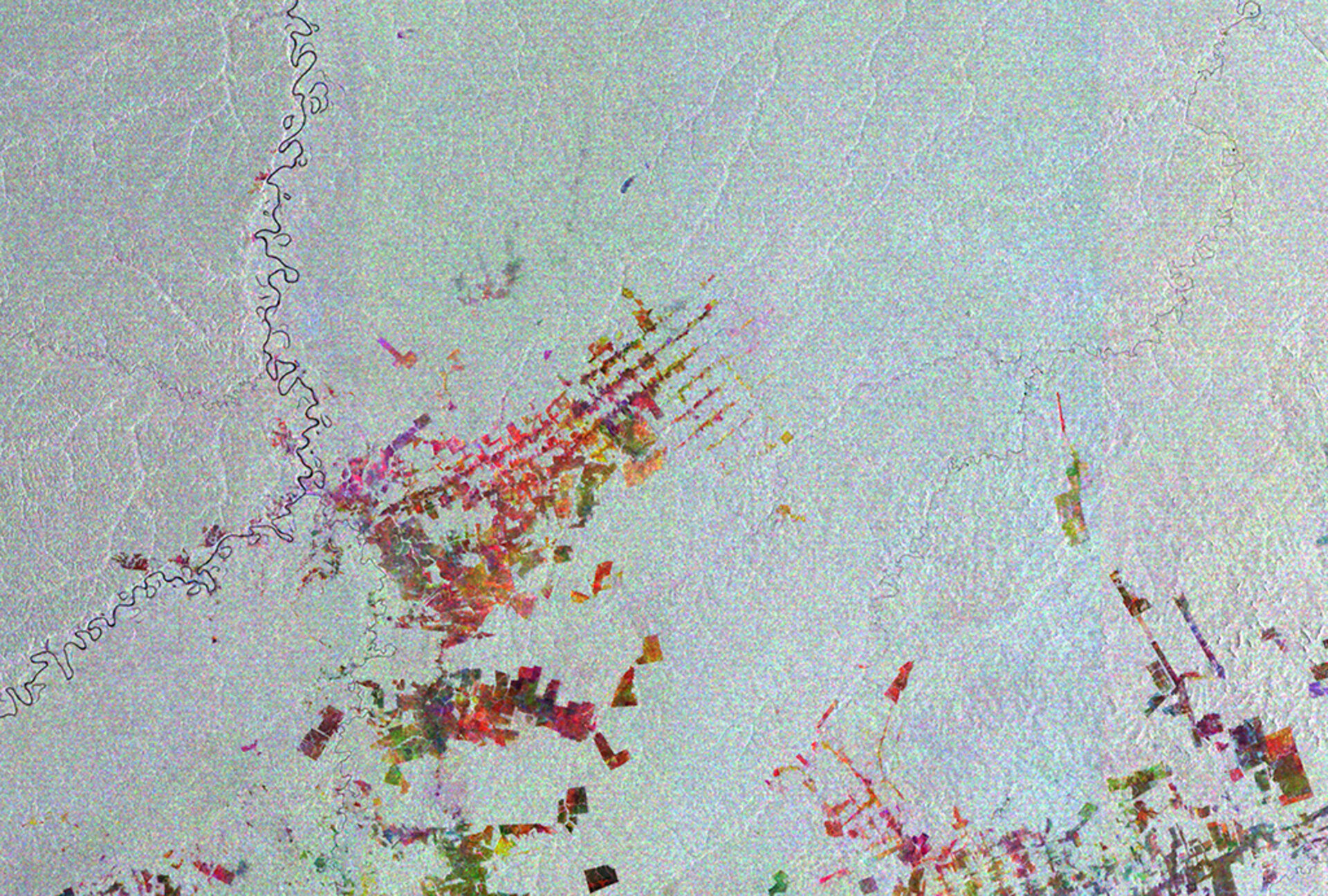 This Envisat radar image was acquired over the city of Boca do Acre in western Brazil.

The city lies within Amazonas state, the largest Brazilian state by area, and almost completely covered by the Amazon Rainforest.

The name Boca do Acre – or ‘mouth of the Acre’ – comes from its location on the banks where the Acre and Purus rivers meet.

This scene is a compilation of three images from Envisat’s radar, acquired on 28 October 2005, 12 September 2008 and 17 September 2010. The individual images are each assigned a colour – red, green and blue – and when combined, reveal changes in the surface between Envisat’s passes.

In this image, the colours reveal large areas of deforestation – evident by the large, geometrically shaped plots cut out along linear roads.

Given its size and frequent cloud cover, remote sensing using radar images is the best way to study the Amazon Basin on a large scale, especially for assessing the extent and damage due to deforestation. Radars can observe during both day and night and through any weather conditions.

Trees absorb carbon dioxide and convert it into oxygen, while trees that rot, are cut down or burnt actually emit carbon dioxide. So preserving forests not only keeps them from releasing the gas, it ensures the absorption of carbon dioxide from other sources.

REDD gives a financial incentive for developing countries to maintain forested areas. Reducing or preventing deforestation is the mitigation option with the largest and most immediate carbon stock impact in the short term, as the release of carbon as emissions into the atmosphere is prevented.

Upcoming missions such as Sentinel-1 and -2, being developed for Europe’s Copernicus programme, as well as ESA’s Biomass satellite, will support REDD in forest mapping and monitoring.