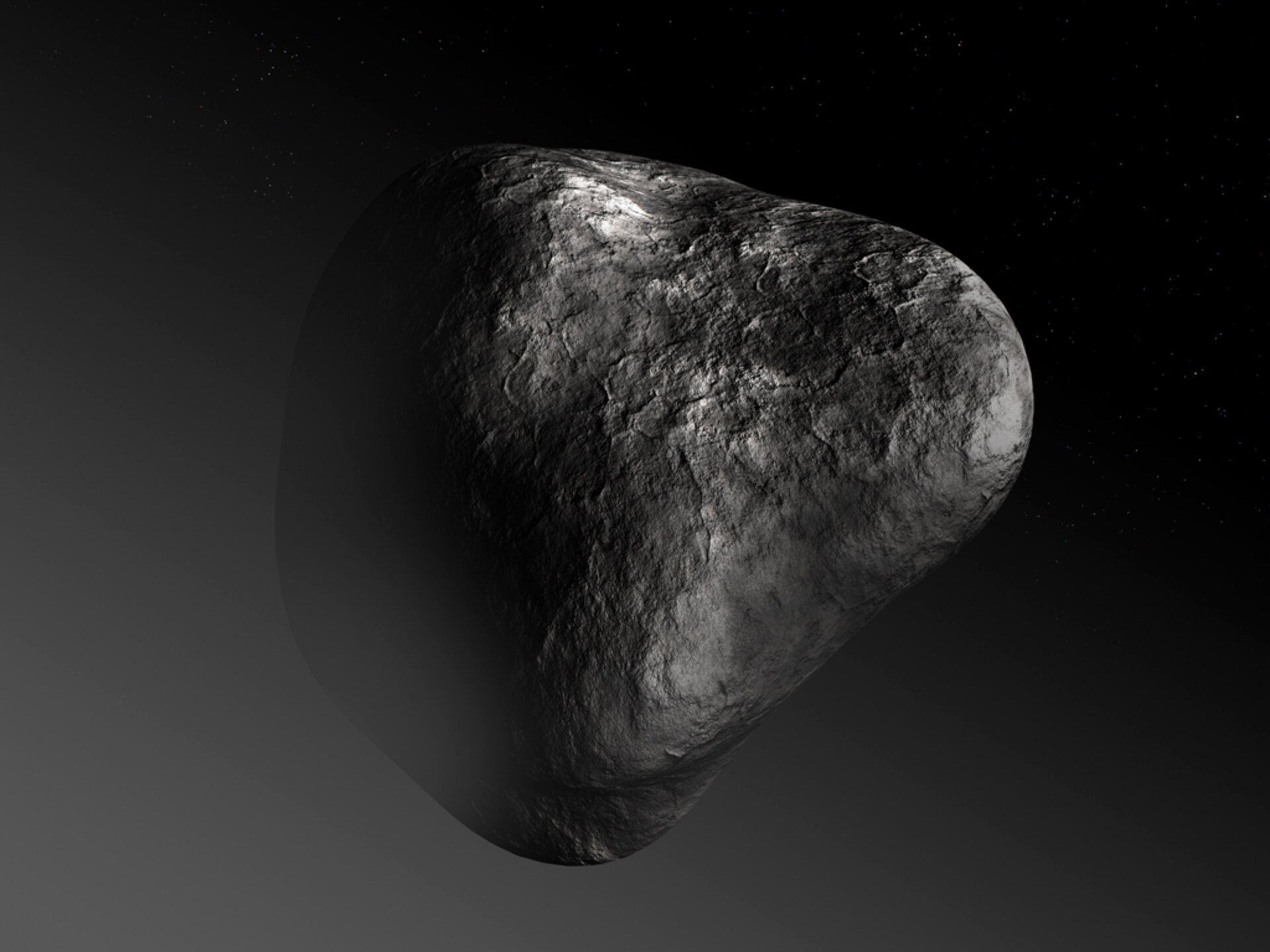 Artist’s impression of the nucleus of comet 67P/Churyumov–Gerasimenko, portrayed far from the Sun with little to no activity.

Comets are a mix of rock, dust, ice and organic materials, and their surfaces are very dark, typically reflecting only 4% of the light that falls on them. Some parts of the nucleus are smooth and young, while other areas are cratered and old. The smoother, brighter areas of a nucleus are a result of resurfacing processes during active phases of the comet. That is, when its surface is heated up close to the Sun, ices sublimate and gases escape from inside the nucleus, creating a dynamic and unpredictable environment.

Comet 67P/Churyumov–Gerasimenko is thought to be about 4 km wide, but until Rosetta reaches it in 2014, exactly what the nucleus looks like remains a mystery.