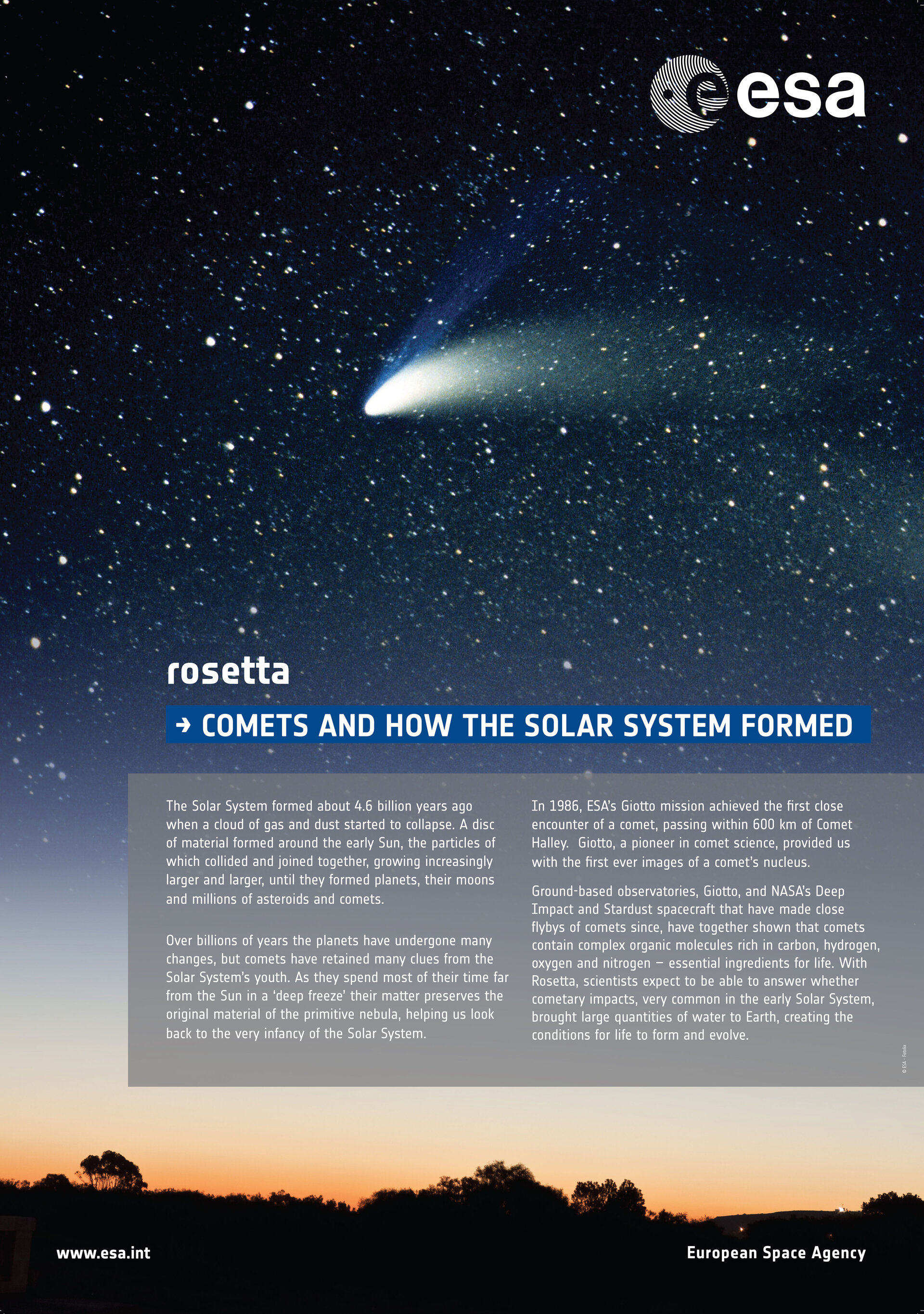 Comets and how the Solar System formed

Comets and how the Solar System formed

The Solar System formed about 4.6 billion years ago when a cloud of gas and dust started to collapse. A disc of material formed around the early Sun, the particles of which collided and joined together, growing increasingly larger and larger, until they formed planets, their moons and millions of asteroids and comets.

Over billions of years the planets have undergone many changes, but comets have retained many clues from the Solar System’s youth. As they spend most of their time far from the Sun in a ‘deep freeze’ their matter preserves the original material of the primitive nebula, helping us look back to the very infancy of the Solar System.

In 1986, ESA’s Giotto mission achieved the first close encounter of a comet, passing within 600 km of Comet Halley.  Giotto, a pioneer in comet science, provided us with the first ever images of a comet’s nucleus.

Ground-based observatories, Giotto, and NASA’s Deep Impact and Stardust spacecraft that have made close flybys of comets since, have together shown that comets contain complex organic molecules rich in carbon, hydrogen, oxygen and nitrogen – essential ingredients for life. With Rosetta, scientists expect to be able to answer whether cometary impacts, very common in the early Solar System, brought large quantities of water to Earth, creating the conditions for life to form and evolve.