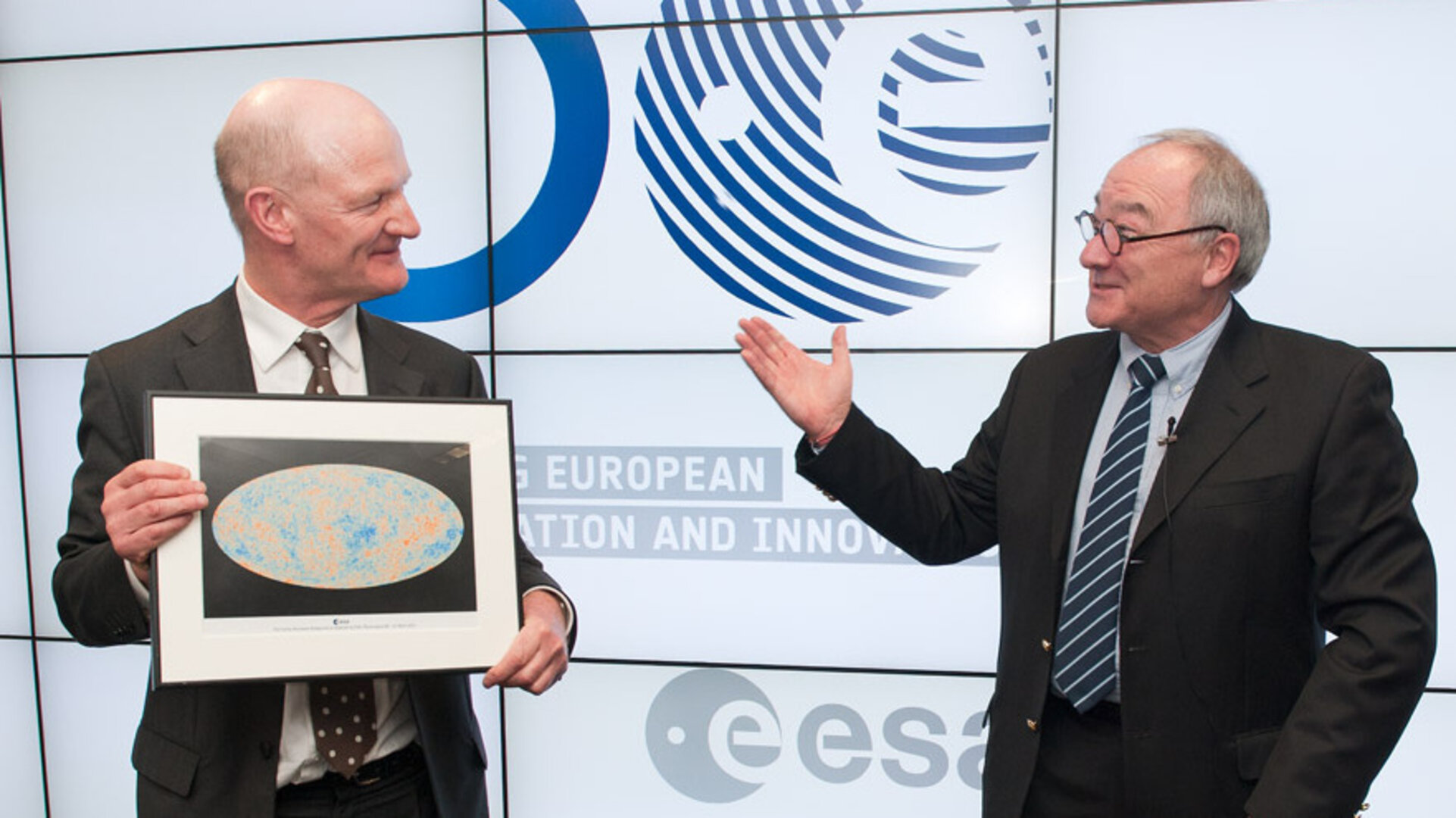 ESA's celebration of 50 years in space was launched on 5 December, 2013, at the ECSAT naming ceremony on Harwell Campus. The European Centre for Space Applications and Telecommunications will commence work on its own building on the campus by 2015, which will be named after ESA's first DG Roy Gibson. The occasion was marked by current DG Jean-Jacques Dordain, Roy Gibson and UK Minister for Universities and Science David Willetts laying the stones of a sculpture that will be placed in the future building's courtyard. The sculpture also bears a plaque with the building's name.

Here, DG Jean-Jacques Dordain presents UK Minister David Willetts with a framed picture of Planck CMB, to celebrate the achievements of the European space sector over the course of 50 years.