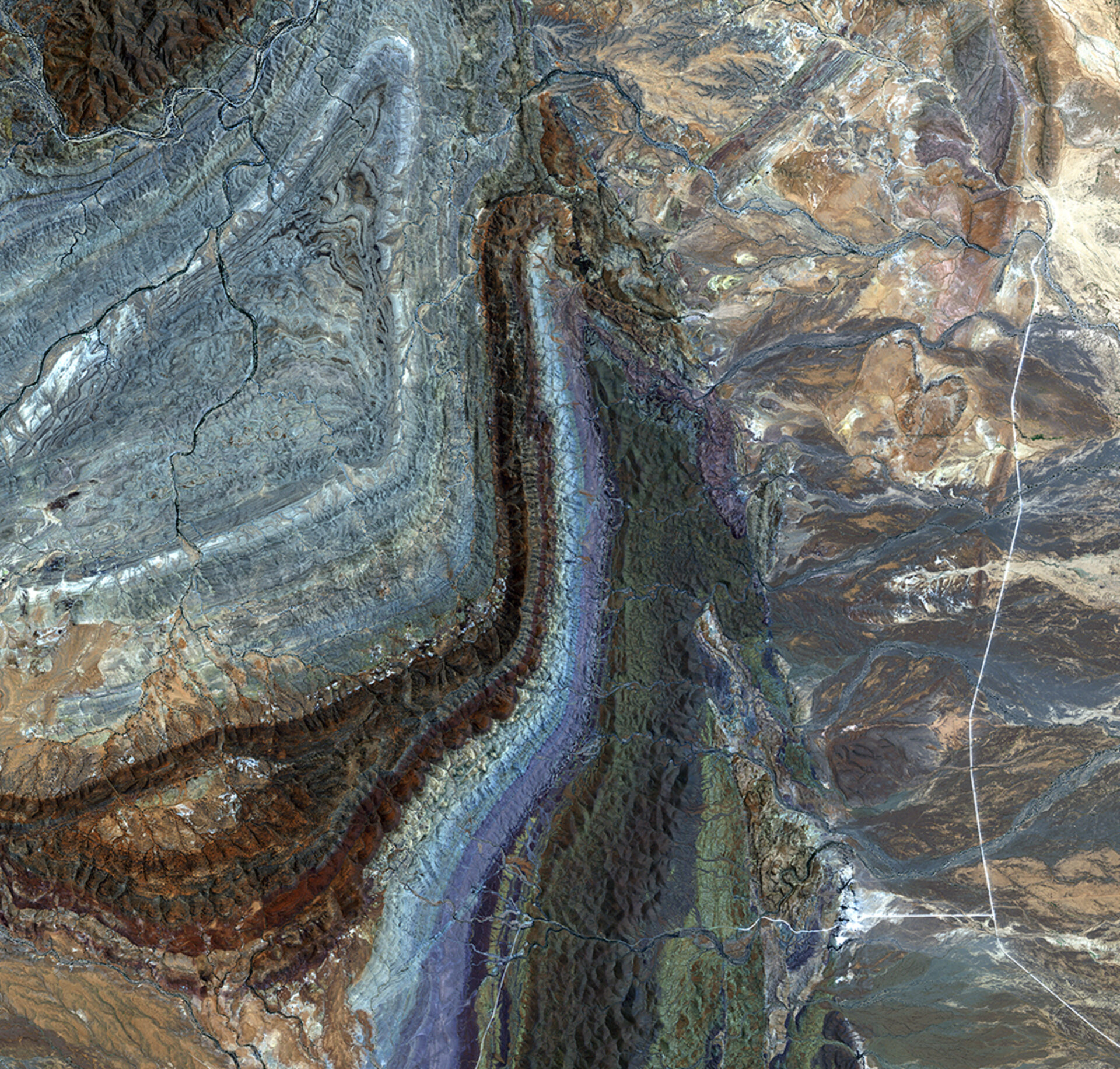 This image from Japan’s ALOS satellite shows part of the Flinders Ranges in South Australia, about 500 km north of Adelaide.

The curving structures that dominate this image are part of a larger geosyncline – a subsiding linear trough in Earth’s crust – that includes the Flinders Ranges. The geosyncline consists of sedimentary rocks in a basin that were folded about 500 million years ago and have been eroded to the current landscape. In this image, the different colours show the different layers of rock.

Some of the oldest fossilised animal life have been found in parts of the Flinders Ranges.

Running up the middle of this image is a long, narrow gorge – typical of the ranges.

Along the right side of the image, the terrain is flat with a long, straight road running north–south. Numerous creeks appear like veins across the entire image.

The Flinders Ranges is one of Australia’s most seismically active regions, with numerous small earthquakes recorded every year.

Japan’s Advanced Land Observation Satellite captured this image on 3 January 2009. ALOS was supported as a Third Party Mission, which means that ESA used its multi-mission ground systems to acquire, process, distribute and archive data from the satellite to its user community.