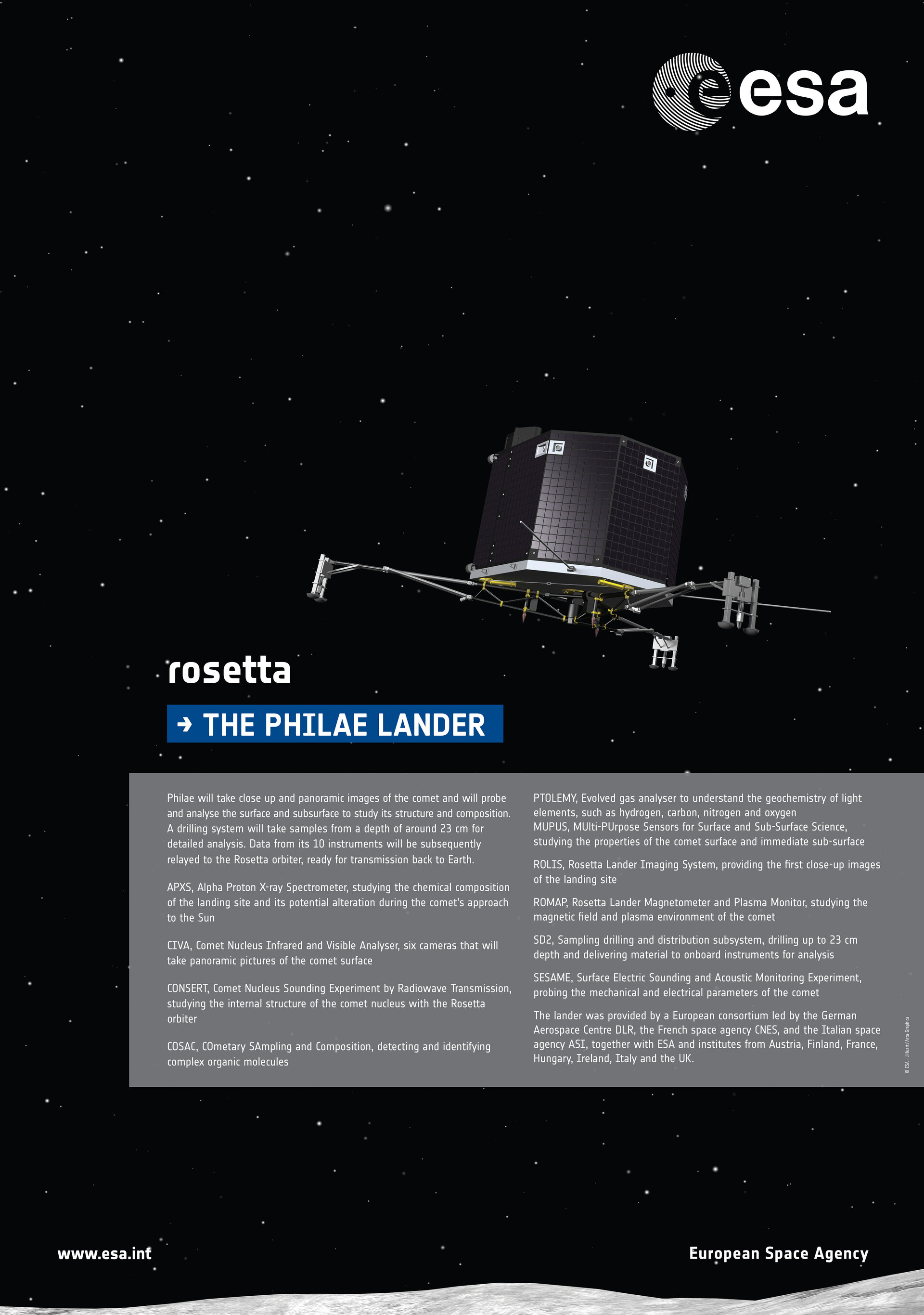 Philae will take close up and panoramic images of the comet and will probe and analyse the surface and subsurface to study its structure and composition.  A drilling system will take samples from a depth of around 23 cm for detailed analysis.  Data from its 10 instruments will be subsequently relayed to the Rosetta orbiter, ready for transmission back to Earth.

APXS, Alpha Proton X-ray Spectrometer, studying the chemical composition of the landing site and its potential alteration during the comet's approach to the Sun

CONSERT, COmet Nucleus Sounding Experiment by Radiowave Transmission, studying the internal structure of the comet nucleus with the Rosetta orbiter

PTOLEMY, Evolved gas analyser to understand the geochemistry of light elements, such as hydrogen, carbon, nitrogen and oxygen.

MUPUS, MUlti-PUrpose Sensors for Surface and Sub-Surface Science, studying the properties of the comet surface and immediate sub-surface

SD2, Sampling drilling and distribution subsystem, drilling up to 23 cm depth and delivering material to onboard instruments for analysis

The lander was provided by a European consortium led by the German Aerospace Centre DLR, the French space agency CNES, and the Italian space agency ASI, together with ESA and institutes from Austria, Finland, France, Hungary, Ireland, Italy and the UK.